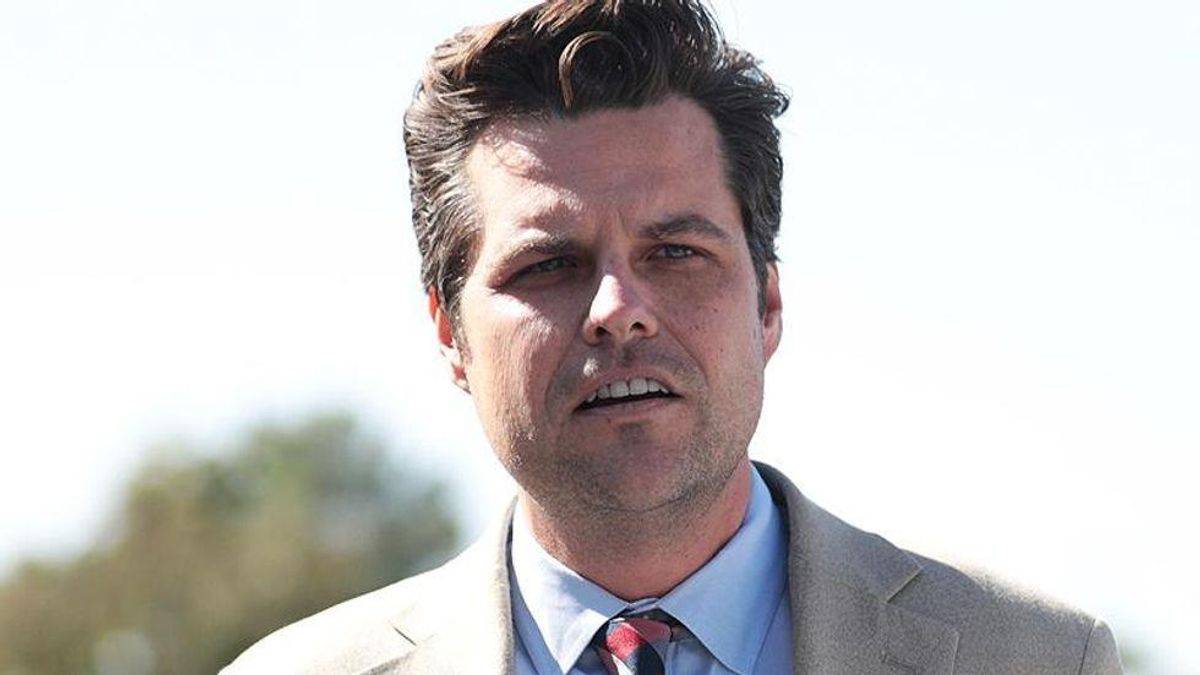 The woman was identified by The Beast.

The hotel room was paid for by Gaetz's campaign.

"While The Daily Beast could not confirm that Gaetz and Zalonka had sex that night, two sources said the pair had an ongoing financial relationship in exchange for sex. 'She was just one of the many pieces of arm candy he had,' said one source familiar with the encounters between Gaetz and Zalonka. The congressman—who has declared that he 'never paid for sex' —wrote off the stay at the hotel as a campaign expense, with his donors picking up the tab," The Beast noted.

We can place Matt Gaetz in a hotel room snorting cocaine with an escort, according to two sources. A source also s… https://t.co/8foOTOsuzb
— Matt Fuller (@Matt Fuller) 1621032431.0