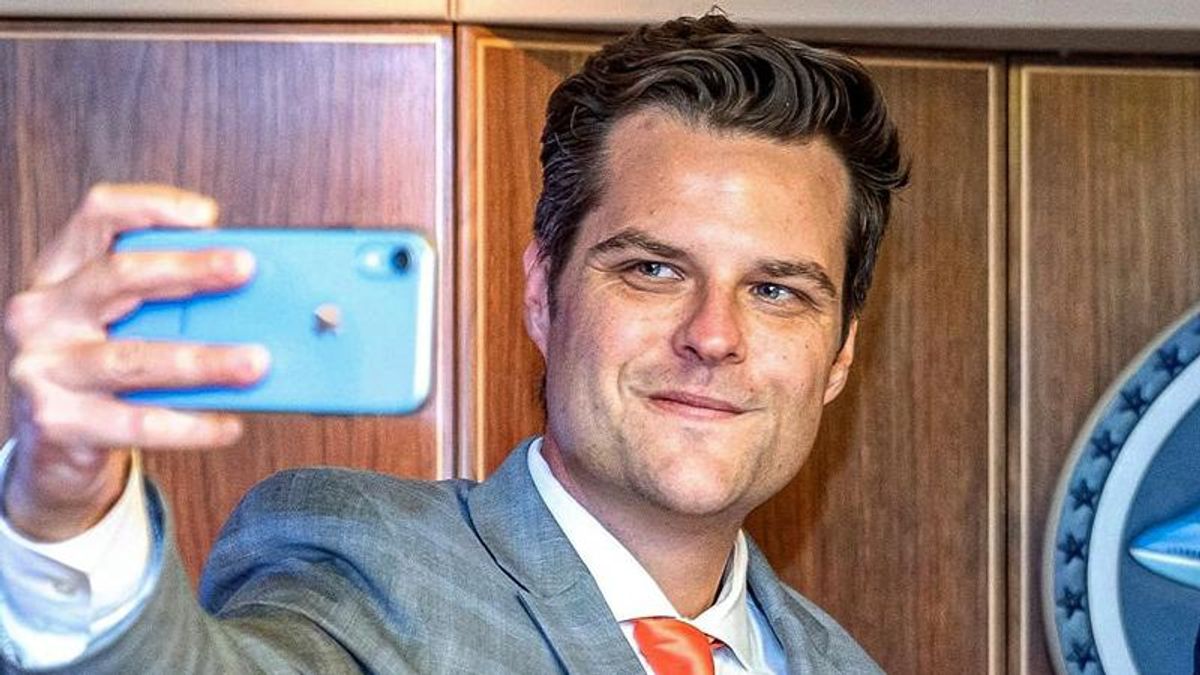 More information continues to come out about the fatal January 6th insurrection at the U.S. Capitol -- one week before the start of Donald Trump's second impeachment trial.

"As police struggled futilely to fend off a wave of rioters outside the U.S. Capitol building on January 6, Joel Valdez, an aide to Congressman Matt Gaetz, made his way to the rooftop of his boss's office building across the street on Independence Ave. Surveying the mob as it surrounded the complex, he captured a five-second video with his phone and posted it to Parler—the now-defunct social network where some supporters of President Trump are reported to have openly planned an insurrection for weeks," Gizmodo reported Monday.

In his post, Valdez used the hashtag #StopTheSteal to refer to the conspiracy theory that Trump actually won the election. Trump was impeached for inciting insurrection by pushing the same lie.

"From the top of the Capitol office buildings, WE HEAR YOU LOUD AND CLEAR!" Valdez posted on Parler.

Gizmodo reported on where the video fit in the timeline of events.

"Metadata from Valdez's video, which Pro Publica published last week but did not connect to Gaetz's press assistant, reveals it was taken at roughly 1:14 p.m. ET that day," Gizmodo reported. "The rioters had by that time already breached at least three police barricades and forced officers back onto the Capitol steps where they violently engaged, according to a timeline of events reported by the New York Times."