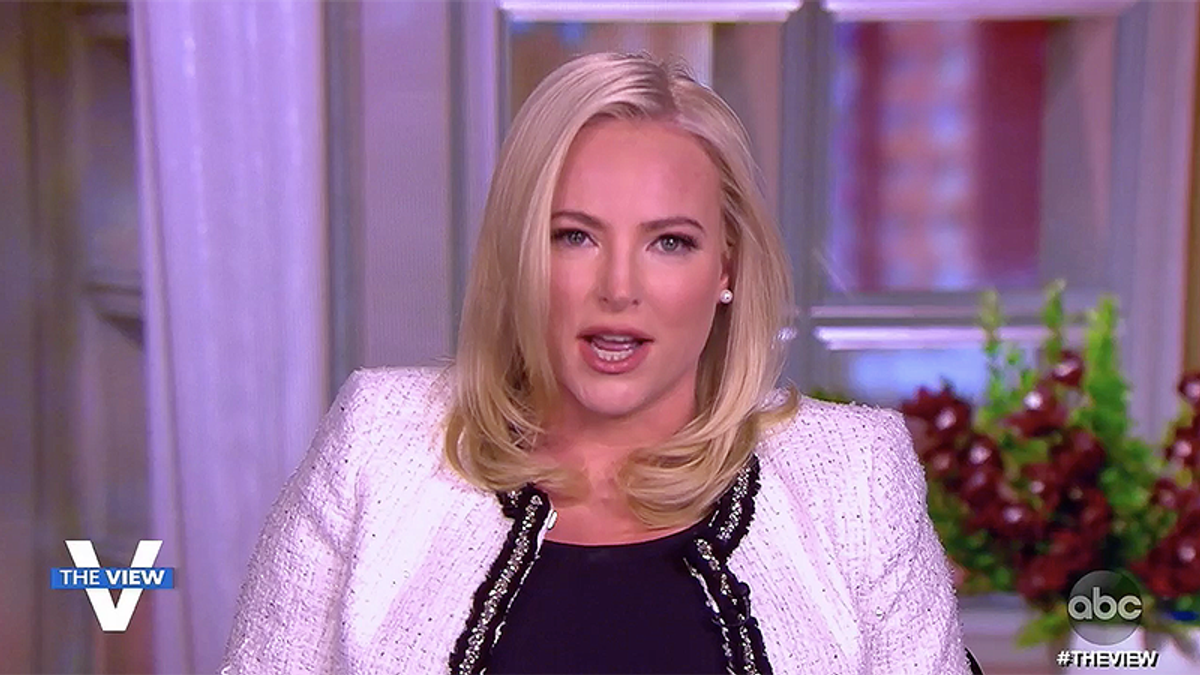 Hosts of "The View," including Meghan McCain, lashed out at President Donald Trump, his son Don Jr. and his lawyer Rudy Giuliani on Thursday for encouraging the violence seen at the U.S. Capitol .

Joy Behar called it similar to a "pimple popping," after she said she was talking about it for over four years.

Sara Haines said that just seeing videos from the incident made her heart race.

But it was McCain who was so furious that she concluded it's time for Trump to be removed.

"The bedrock of our democracy and the bedrock of what we are as Americans is the peaceful transition of power, and he is clearly a president who has turned into a mad king, and at this point, I'm calling on all Republicans and conservatives who still have clout. We have to invoke the 25th Amendment. We cannot withstand this."

She went on to say that the country can't continue, risking further violence between now and Jan. 20 when President-elect Joe Biden will take office.

"Yesterday, when I was watching the footage -- these bastards are using the American flag as symbols as they are attacking our own republic, the same flag that our veterans at Iwo Jima held," McCain continued. "You are not veterans. You are bastardizing all that I love and have grown up with for your own sick agenda, and that agenda has been directly, directly sent by President Trump, and then he didn't disavow it. He didn't send in the National Guard, and then he called them 'special' and said we loved them. Ivanka Trump called these people patriots. I am a patriot. I come from a patriotic family. I come from a family of service. As does everyone on this show. You are hurting our country."