GOP's 'domestic army': How Michigan Republicans allied with paramilitary extremists and paved the way for insurrection 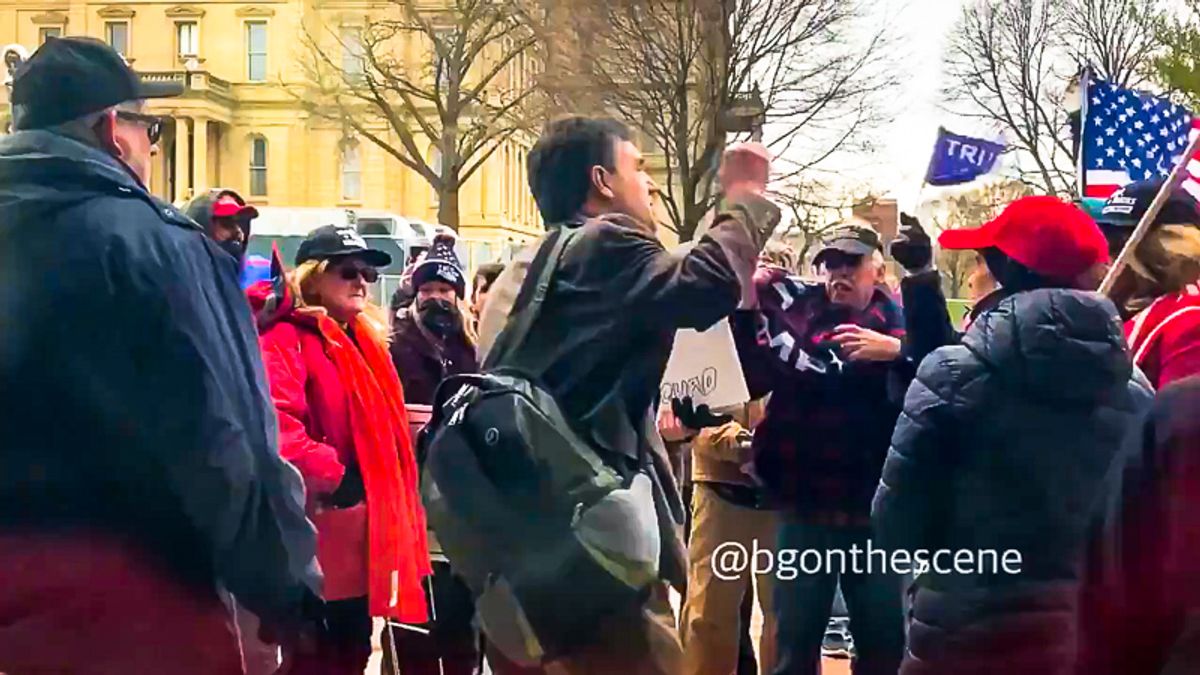 Although Michigan is one of the 2016 Trump states that Joe Biden flipped in 2020, it is also a state that has had a disturbing amount of activity from far-right militia extremists — including those who planned to kidnap Democratic Gov. Gretchen Whitmer last year, subject her to a "trial" for treason and execute her if found guilty. Journalists David D. Kirkpatrick and Mike McIntire, in an article published by the New York Times on February 8, takes an in-depth look at the extremism of Michigan's paramilitary militias and their relationship to the Michigan GOP — a relationship that helped pave the way for the violence of January 6.

"Michigan has a long tradition of tolerating self-described private militias, which are unusually common in the state," Kirkpatrick and McIntire explain. "But it is also a critical electoral battleground that draws close attention from top party leaders, and the Republican alliance with paramilitary groups shows how difficult it may be for the national party to extricate itself from the shadow of the former president and his appeal to this aggressive segment of its base."

In April 2020, the Times reporters recall, armed militia members protested coronavirus restrictions in Lansing, Michigan and stormed the Michigan Capitol Building. According to Kirkpatrick and McIntire, "That intrusion into the Statehouse now looks like a portent of the assault halfway across the country months later at the United States Capitol."

Democratic Rep. Elissa Slotkin has said that in light of the events in Michigan in 2020, "We knew there would be violence" on January 6. When Republican politicians in Michigan condone militia members carrying assault rifles during their protests, Slotkin warned, that "normalizes violence."

Kirkpatrick and McIntire report, "Six Trump supporters from Michigan have been arrested in connection with the storming of the (U.S.) Capitol. One, a former marine accused of beating a Capitol Police officer with a hockey stick, had previously joined armed militiamen in a protest organized by Michigan Republicans to try to disrupt ballot counting in Detroit. The chief organizer of that protest, Meshawn Maddock, on Saturday was elected co-chair of the state Republican Party — one of four diehard Trump loyalists who won top posts."

However, Maddock has condemned the January 6 attack on the U.S. Capitol Building and told the Times, "When it comes to militias or the Proud Boys, I have no connection whatsoever to them."

Prominent Michigan Republicans who have allied themselves with militias, according to Kirkpatrick and McIntire, include Ryan Kelley — who has announced a gubernatorial run — and Londa Gatt, a Proud Boys supporter who has described the extremist group as "true patriots." Jeff Timmer, a former director of the Michigan GOP and a conservative critic of former President Donald Trump, is troubled by the alliance between militia members and Michigan Republicans and told the Times, "It is like the Republican Party has its own domestic army."

JoEllen Vinyard, a professor at Eastern Michigan University and expert on political extremism, is also troubled by the Michigan GOP's relationship with militia groups and told the Times, "I think there is a fair amount of sympathy in the Republican Party for these people that wasn't there in the past. It's a much closer relationship now."

Maddock's causes have ranged from fighting coronavirus restrictions in Michigan to trying to help Trump overturn the presidential election results in that state. And although she distanced herself from militias and the Proud Boys in her statement to the Times, she has remained a devout Trump supporter.

"When attempts to stop the counting failed, Ms. Maddock, in December, led 16 Republican electors trying to push into the Michigan Capitol to disrupt the casting of Democratic votes in the Electoral College," Kirkpatrick and McIntire note. "During a 'Stop the Steal' news conference in Washington the next day, she vowed to 'keep fighting.' Marching toward the (U.S.) Capitol on January 6, she tweeted that the throngs were 'the most incredible crowd and sea of people I have ever walked with.'"