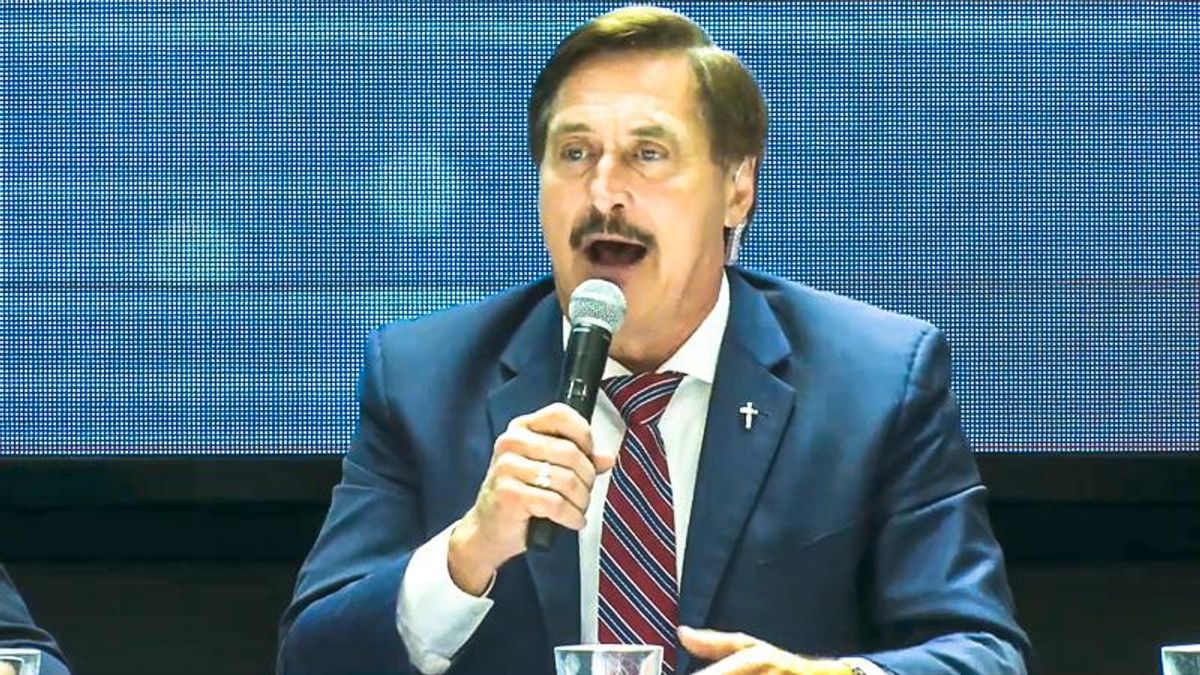 MyPillow CEO Mike Lindell insisted on Tuesday that he would not eat or sleep for 72 hours during his "cyber symposium," an event which he claims will prove that former President Donald Trump won the 2020 election.

After Lindell spoke at the event for several hours, a panelist noted that a break was on the schedule.

"No!" Lindell exclaimed. "We're not going on a break. Put up that movie again. Run the movie."

"There's no breaks," he told the audience. "We're streaming 72 hours! Live streaming! Around the world! This never stops!"

Lindell added: "You guys can go eat. That's fine. But I ain't eating. I'm staying up here for 72 hours before they ruin our signal."

The event had been postponed earlier in the day after Lindell claimed that hackers had attacked his "technology."

"I'm staying up here for 72 hours," Mike Lindell says at his cyber symposium.