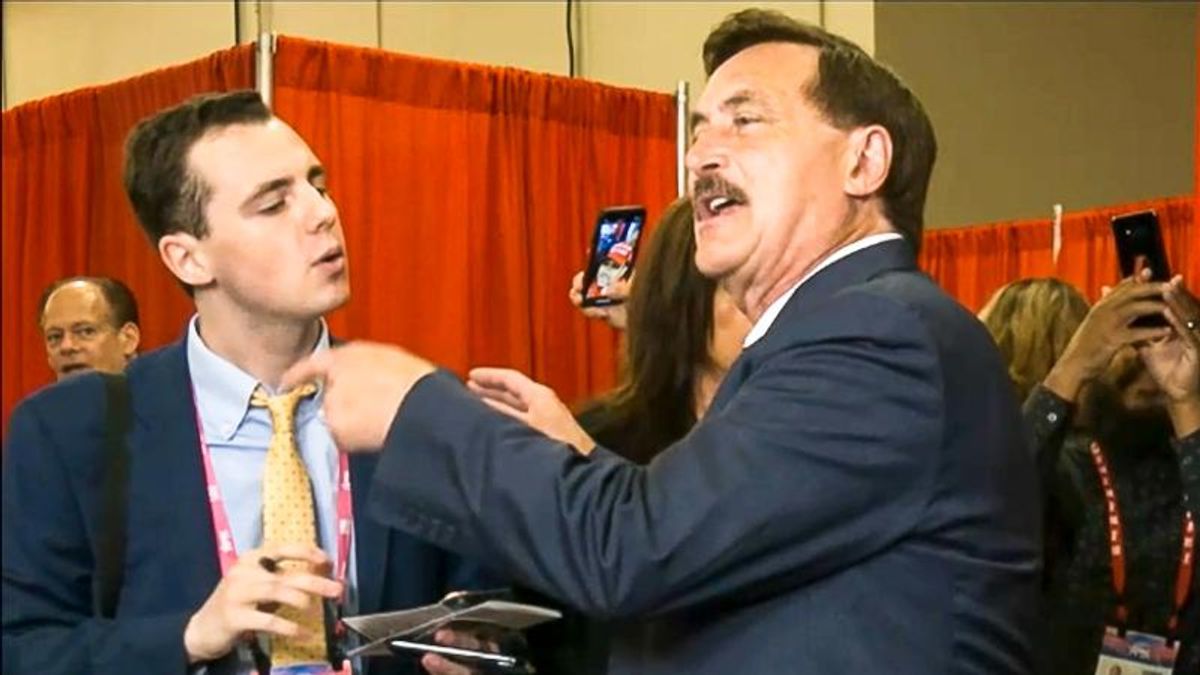 Video of the incident was broadcast on Lindell's FrankSpeech.com website.

After accusing Petrizzo of appearing to have a "sarcastic look" on his face, Lindell repeated his claims the Supreme Court would overturn the 2020 presidential election after his so-called cyber symposium concludes on Aug. 12.

"I'm going to tell you something and I'm going to tell everybody, in our country's history, every single election official, if there's fraud involved, there's not a statute of limitations," Lindell insisted. "They take the guy that won and they put him back in office and it's just never happened at the presidential level."

"The Supreme Court will vote 9-0 to pull this down," he added. "And you can sit here and go, 'Come on, Mike.' You know what? I'm just telling you what's going to happen."

Lindell continued shouting at the reporter as the show's host was scheduled to interview Ben Carson.

The MyPillow CEO could be heard telling Petrizzo he was trying to destroy the country.

Watch the video below from FrankSpeech.com.

MyPillow CEO Mike Lindell is giving me a piece of his mind at CPAC - yelling that I'm trying to “destroy the country." pic.twitter.com/2As3DSn6cH
— Zachary Petrizzo (@ZTPetrizzo) July 11, 2021

While speaking with MyPillow CEO Mike Lindell at CPAC regarding a Trump reinstatement, one CPAC attendee grabbed me, began pulling on the back of my jacket, and pushing me while fuming over my back and forth with Lindell.
— Zachary Petrizzo (@ZTPetrizzo) July 11, 2021