This week, the religious discrimination bill is finally being debated on the floor of federal parliament.

The bill has prompted disagreements within political parties, within religions and across a wide variety of other stakeholders.

But what do voters actually think?

A new survey, soon to be published in the Journal of Sociology, shows a majority of Australians do not think religious organizations that provide government-funded public services should be allowed to discriminate against LGBTQ+ people.

The religious discrimination bill does two key things. First, it protects religious and non-religious people from being discriminated against on the basis of their faith or lack of it. This aim is widely supported. 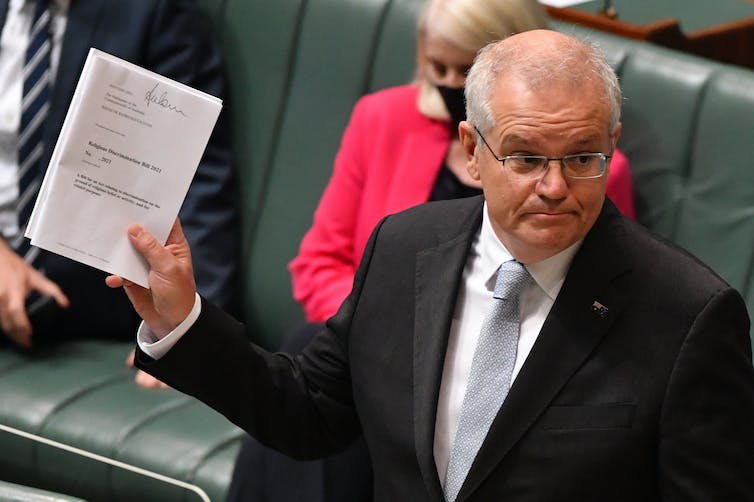 The religious discrimination bill was introduced to parliament in November 2021.

Second, it allows religious people and religious organizations to discriminate against other people where the conduct is backed by genuinely-held religious beliefs.

As part of this, the proposed bill would permit discrimination in government-funded services such as religiously-affiliated education, aged care, health care and welfare services. This has been hotly debated.

These parts of the bill give religious people new rights to discriminate and reduce protections already available to LGBTQ+ people, people with disability, single mothers, and unmarried couples.

Colleagues and I recently conducted a study of Australians’ views about the role of religion in government and public life. We included questions in the Australian Survey of Social Attitudes that ran from February to June 2021 with 1,162 respondents.

First, we asked people a general question about whether they agree or disagree that, “the federal government should advocate Christian values”. About one third agreed (37%), one third disagreed (30%), and one third were unsure (32%).

We also asked how Australians regarded discrimination against LGBTQ+ people by or within faith-based service provision.

We asked whether people agreed or disagreed with the statement: “conservative Catholic, Anglican, Jewish, and Muslim schools should be allowed to refuse to employ a teacher because they are LGBT+”.

Most respondents also did not see discrimination against LGBTQ+ teachers as a “Christian value”.

Our analysis suggests support for discrimination is more influenced by whether a person has religious beliefs which justify discrimination rather than their political affiliation.

Religious organisations receive billions of dollars of public money. They also employ tens of thousands of people to provide services to the general population. For example, approximately one third of schools in Australia are faith-based schools and Anglicare Sydney alone received more than A$240 million in government subsidies in both 2020 and 2021. 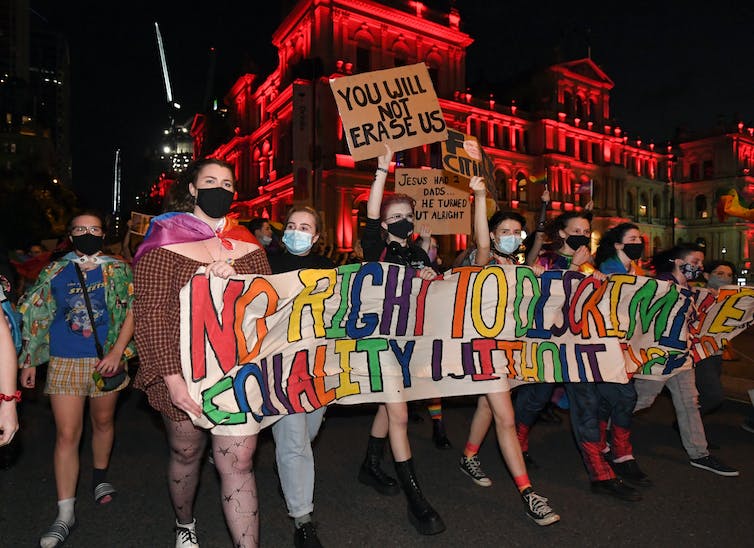 As MPs debate this complicated and controversial bill – which has many, diverse stakeholders – they should also be considering the views of the broader Australian community.