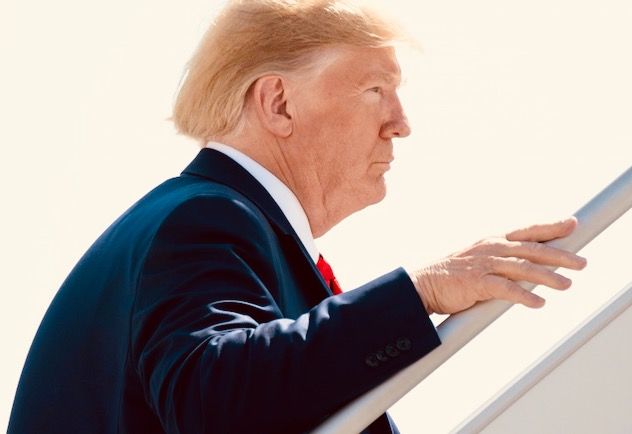 Amid ongoing calls for President Donald Trump to face accountability for his role in encouraging Wednesday's attack on the U.S. Capitol, Google announced Friday that it pulled from its app store Parler—a social media platform described as "where the rancor of the far-right thrives"—citing "continued posting... that seeks to incite ongoing violence in the U.S."

"In order to protect user safety on Google Play, our longstanding policies require that apps displaying user-generated content have moderation policies and enforcement that removes egregious content like posts that incite violence," a Google spokesperson said. "All developers agree to these terms and we have reminded Parler of this clear policy in recent months."

"We're aware of continued posting in the Parler app that seeks to incite ongoing violence in the U.S.," the statement continued. "In light of this ongoing and urgent public safety threat, we are suspending the app's listings from the Play Store until it addresses these issues."

Arusha Gordon, associate director of the James Byrd Jr. Center to Stop Hate at the Lawyers' Committee for Civil Rights Under Law, welcomed the development. "It is time companies enforce their terms of use and ensure their products are not used by white supremacists and others to organize violent attacks on our democracy," she said.

Google's announcement followed Apple's threat earlier on Friday to ban Parler within 24 hours unless the social media app submitted an updated plan for moderating its content amid accusations Parler was a key medium for facilitating Wednesday's failed coup effort.

"We have received numerous complaints regarding objectionable content in your Parler service, accusations that the Parler app was used to plan, coordinate, and facilitate the illegal activities in Washington D.C. on January 6, 2021 that led (among other things) to loss of life, numerous injuries, and the destruction of property," Apple wrote to Parler, according to BuzzFeed News. "The app also appears to continue to be used to plan and facilitate yet further illegal and dangerous activities."

The developments came the same day Twitter suspended Trump's personal account, @realdonaldtrump. The ban followed Trump firing off over 57,000 tweets, frequently using the platform throughout his time in office to spread xenophobia, throw insults, and amplify false claims of voter fraud, which prompted Twitter warnings on the posts starting in May.

@TeamTrump was subsequently suspended on Friday after that account posted a series of tweets attributed to the president, since "using another account to try to evade a suspension is against our rules," Twitter said.

Just ahead of that account's suspension, it "had pointed its 2.3 million followers to its account on Parler," Reuters reported.

The swelling list of suspended Trump-affiliated accounts includes Facebook, with that company blocking the president from posting on his account for at least two weeks. "We believe the risks of allowing the president to continue to use our service during this period are simply too great," said CEO Mark Zuckerberg.

Digital rights group Electronic Frontier Foundation says the companies are justified in the bans, calling the moves "a simple exercise of [the platforms'] rights, under the First Amendment and Section 230, to curate their sites."

"Nevertheless," EFF legal director Corynne McSherry wrote Thursday, "we are always concerned when platforms take on the role of censors, which is why we continue to call on them to apply a human rights framework to those decisions." She urged the platforms to be "more transparent and consistent in how they apply their rules—and we call on policymakers to find ways to foster competition so that users have numerous editorial options and policies from which to choose."

EFF's call came as questions swirled about how the extremist mob was able to wreak the havoc they did, especially given indications the violence would unfold. As ProPublica reported Thursday, "warnings of Wednesday's assault on the Capitol were everywhere" on social media, including Parler.

Although posts on Facebook and Twitter hinted that more than just protests were possible, nowhere was the coming violence as obvious as on Parler. The site, which has attracted millions of new conservative users in the past year, has positioned itself as a bastion for right-wing conspiracy theories and organizing efforts. From my research, hundreds of Parler users expressed their sincere belief, and even desire, that the demonstrations would spark a physical battle, revolution or civil war.

We are ready to fight back and we want blood," a Parler post from Dec. 28 declared. "The president need to do some thing if Jan. 6 is the day then we are ready." Another user stated, "January 6 will either be our saving grace or we will have another civil war that should end very quickly!! Either way Trump will be our POTUS!! Anything less is unacceptable!!"
Using tools that allow me to monitor large-scale social media data, I found evidence that right-wing activists had been explicit and open with their intentions for the Jan. 6 demonstrations since at least mid-December.

The heightened scrutiny of Parler joins growing calls for Trump's removal, either through impeachment or the 25th Amendment, with the demands coming from advocacy groups as well as a growing list of lawmakers.

A group of House Democrats plans on introducing an article of impeachment against Trump on Monday for "willfully inciting violence against the government of the United States."

House Speaker Nancy Pelosi says the House will act on the measure next week of the president doesn't resign first.