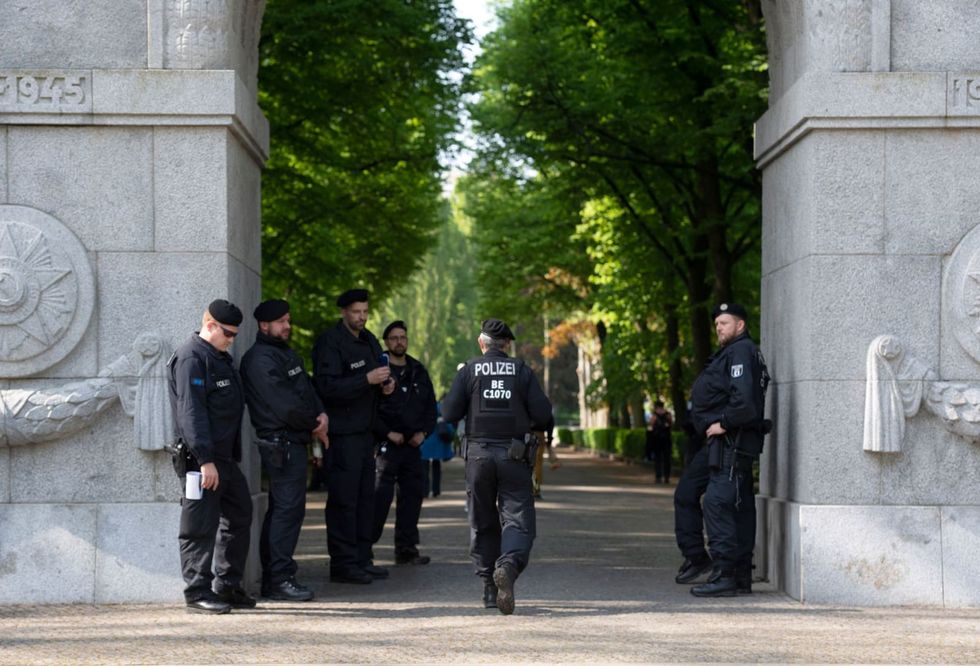 Police officers stand at an entrance to the memorial grounds in Treptower Park during a memorial ceremony to commemorate the end of World War II in Europe (Victory in Europe Day). Paul Zinken/dpa

Since Sunday morning, many people in Berlin have been commemorating the end of World War II in Europe 77 years ago at various memorial sites, under a heavy police presence due to possible tensions over the war in Ukraine.

At the Soviet Memorial in Treptower Park, several hundred people laid flowers and commemorated the fallen during the morning.

Dozens of commemorative events and demonstrations are planned for Sunday and Monday in Berlin organized by the Russian and Ukrainian embassies, among others.

In view of the war in Ukraine, the police are deployed with a large contingent to prevent possible conflicts.

The police had previously imposed conditions on 15 memorial sites, including a ban on Russian and Ukrainian flags.

These measures were criticized by the Ukrainian Ambassador Andriy Melnyk and Ukrainian associations on Saturday.