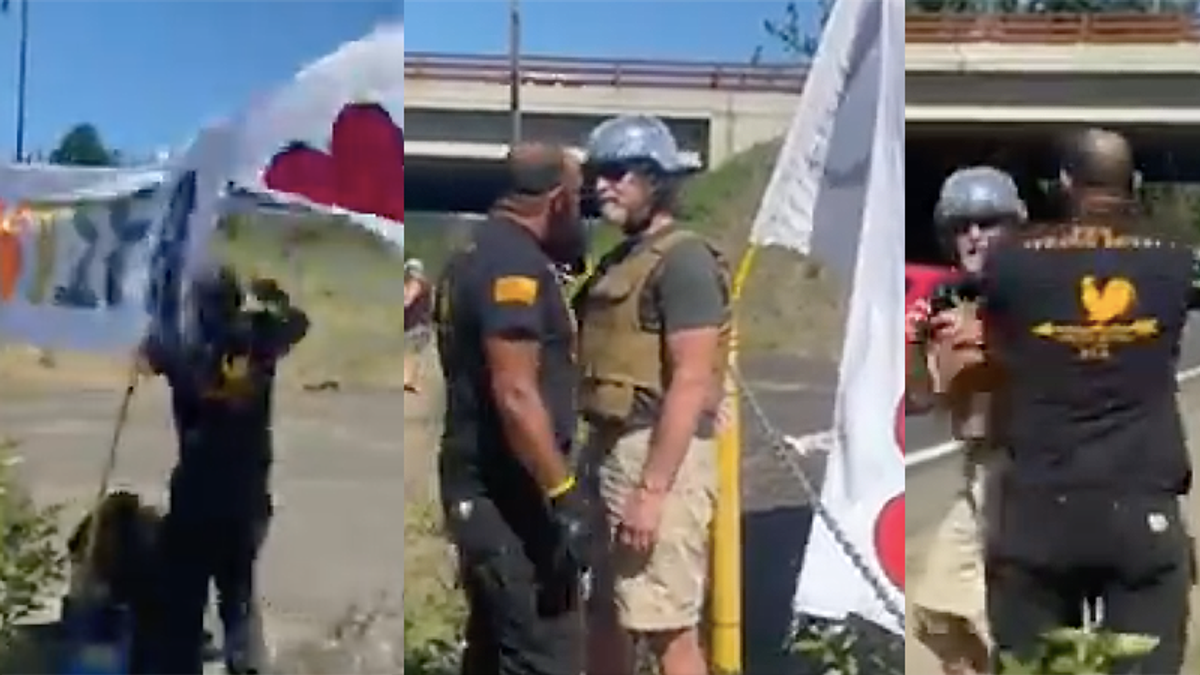 What was just a small demonstration turned violent when a member of the Oregon Proud Boys approached a man holding a sign saying "ANTIFA LOVES YOU" with a heart. The militia member came after the sign with a knife, slashing it. Independent Media identified the older man holding the banner as a Vietnam veteran.

"Yeah. F*ck Antifa!" he screamed walking into the road. Someone chanted about the Proud Boys as the veteran pulled out his phone and began filming.

He shoved the veteran who screamed he was being assaulted. A car pulled beside the road and the Proud Boy member started yelling at the car, asking "what are you gonna do, bro?"

The Proud Boy member continued to pace along the side of the road. He said that he's an American and attacked the idea of anti-fascism, saying it was unAmerican.

"I don't need anyone to tell me Black lives matter," he said.

According to The Oregonian, a fight later broke out between the two groups, which was eventually declared a riot by police.

While Antifa isn't an organized group, many proudly wear the moniker in their opposition to Nazism and white supremacy.

See the video below from the Independent Media PDX: