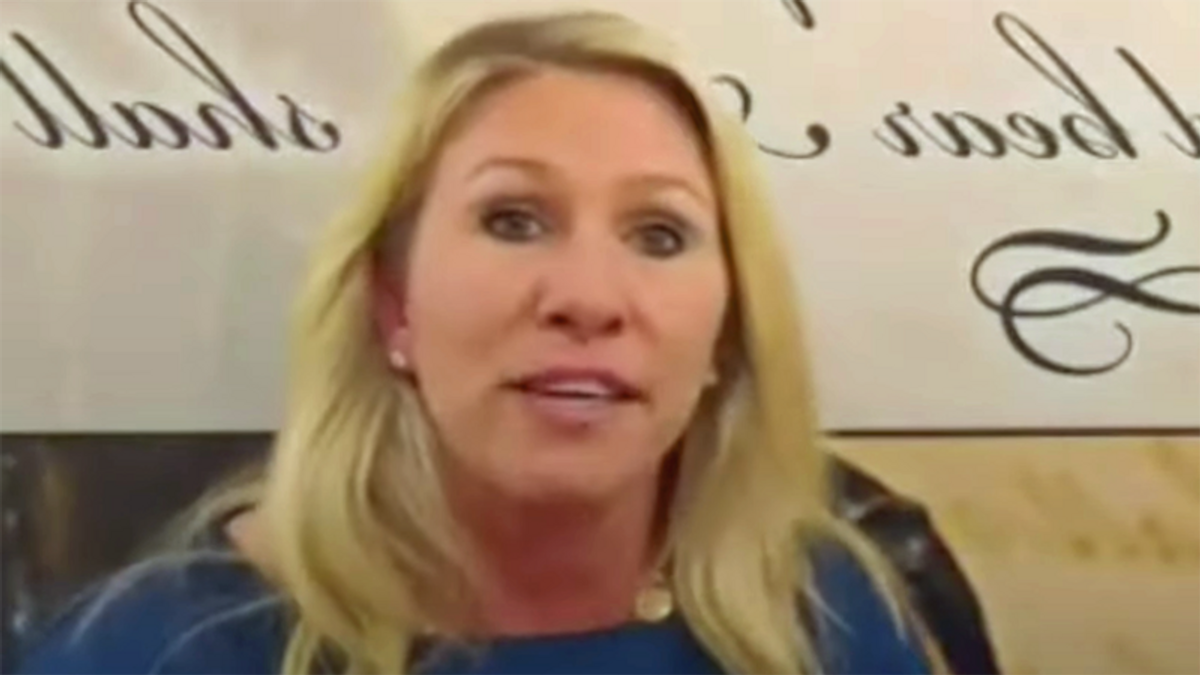 The video, which was reported on by Mother Jones national affairs editor Mark Follman on Friday, was posted one week before the November election in which Greene was elected to Congress while Donald Trump lost his re-election. The video was first flagged by Moms Demand Action founder Shannon Watts.

"Evidence continues to emerge that Rep. Marjorie Taylor Greene of Georgia has over the past several years promoted deranged conspiracy theories and endorsed violence against perceived political enemies," Follman reported. "The latest revelations this week about the newly elected Republican congresswoman included her suggesting in videos and online comments that the Sandy Hook and Parkland mass shootings were hoaxes and promoting claims that Hillary Clinton gruesomely murdered children.

"Content from Greene's social media pages uncovered by CNN and others also showed her endorsing calls to execute FBI agents deemed disloyal to President Donald Trump and to target top Democrats, including 'a bullet to the head' for Speaker Nancy Pelosi," Follman noted.

"If this generation doesn't stand up and defend freedom, it's gone," Greene said in the video. "And once it's gone, freedom doesn't come back by itself. The only way you get your freedoms back is it's earned with the price of blood."

"This is it. November 3rd, freedom is on the ballot. You have a choice of either voting for freedom by voting for Donald J. Trump for president again for four more years -- voting Republican straight down your ballot, or you're going to vote for socialism and vote to completely end America as we know it," she argued.

In addition to her QAnon conspiracy theories, Greene has pushed the lie that Trump won the election. Following the deadly insurrection at the U.S. Capitol, Greene voted to overturn the results of the election. She also thinks the California wildfires were started by a giant Jewish space laser.

Marjorie Taylor Greene: "It's Earned With the Price of Blood" www.youtube.com