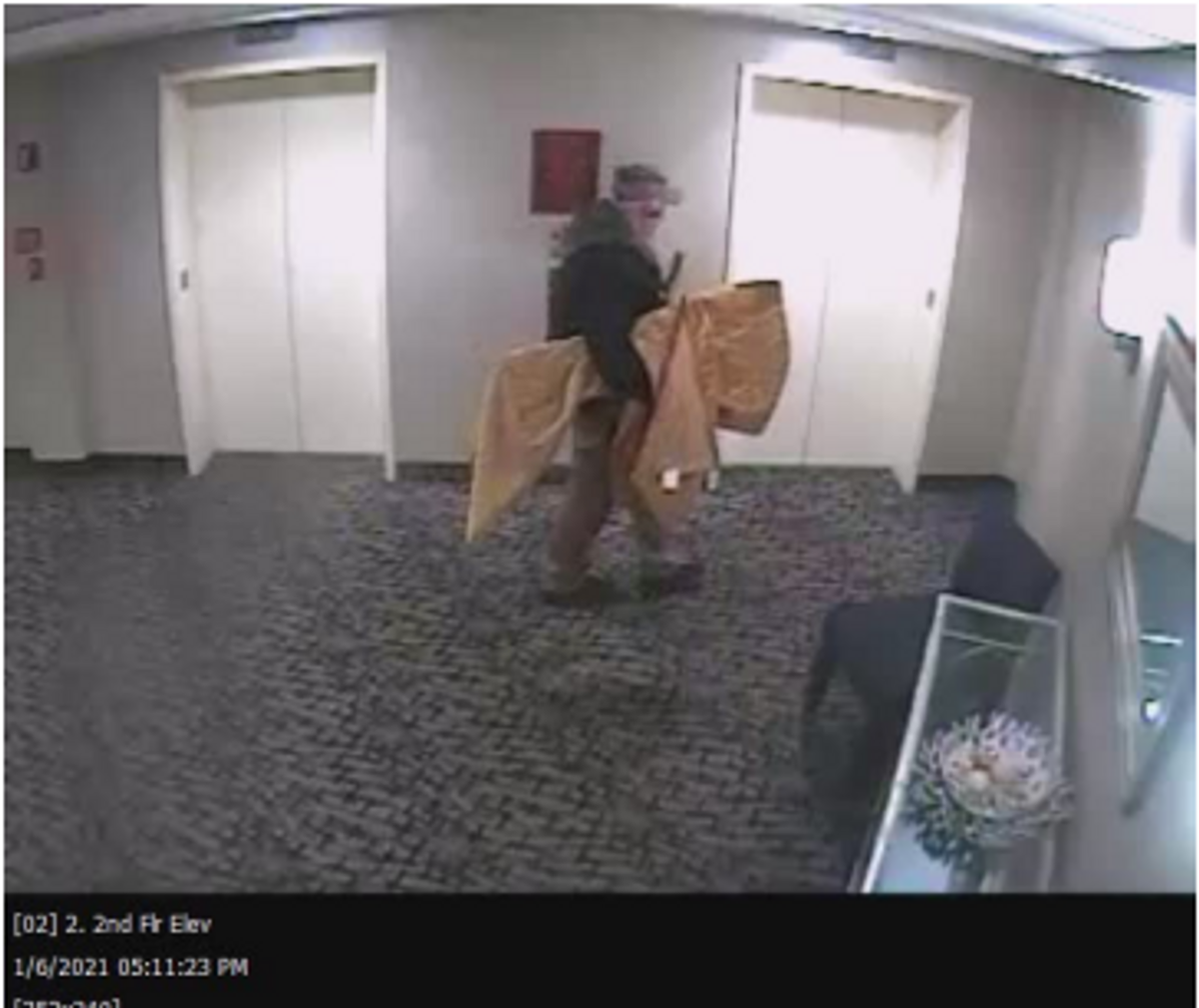 A new filing today in the case against one of the Oath Keepers defendants charged in a conspiracy to obstruct Congress' certification of the presidential election shows the government's continued focus on an unindicted co-conspirator designated to lead a "quick reaction force" who is linked to a group from North Carolina.

In a filing opposing defendant Thomas Caldwell's request to modify conditions of release, Assistant US Attorney Kathryn Rakoczy wrote that "a major part of his role in the conspiracy was organizing individuals who were on standby with guns in a hotel across the river, conduct that this court has described as among the most concerning aspects of the conspiracy and for which the evidence has only strengthened since defendant Caldwell's release."

The government has previously cited a communication from Caldwell referencing the unnamed "Person Three" as someone who was "committed to being the quick reaction force and bringing the tools if something goes to hell. That way the boys don't have to try to schlep weps on the bus."

The bus from North Carolina is widely understood to be a group of Oath Keepers located in Columbus County who had previously had contacts with current Oath Keeper defendants Caldwell and Donovan Crowl. (Laura Steele and Graydon Young, two other Oath Keeper defendants, traveled separately on a bus from Thomasville, NC.) George Douglas Smith, the leader of the Columbus County Oath Keepers, has previously said that his group left Washington DC when they encountered mayhem at the Capitol building and returned to North Carolina.

Today's court filing from the government includes new details about the role of Person Three and the Oath Keepers group from North Carolina.

"The investigation has shown that Person Three did, in fact, come to Washington DC from January 5-7, 2021," Rakoczy wrote. "He stayed at the Comfort Inn Ballston, where defendant Caldwell suggested he and others should stay. An individual with whom Person Three traveled from North Carolina and who also stayed at the Comfort Inn Ballston later confirmed to a Facebook associate that Person Three was in charge of the quick reaction force. A bus of other individuals from North Carolina, some of whom were affiliated with Person Three, did come up to Washington DC on January 6, 2021. Some of the people on that bus were dropped off near the Lincoln Memorial, some near the Washington Monument, and some near the Capitol."

Racoczy wrote that the drop-off locations for the North Carolina bus riders were "interesting" in light of an exchange on the Oath Keepers' "DC OP: Jan 6 21" Signal chat on Jan. 2. The government said Kelly Meggs, who was designated as the "state lead of Florida" for the Oath Keepers, posted a map on the chat with the message: "1 if by land[,] North side of Lincoln Memorial[,] 2 if by sea[,] Corner of west basin and Ohio is a water transport landing!!" according to the government. The filing said Meggs continued by saying, "QRF rally points[.] Water of the bridges get closed."

The government has suggested that Kenneth Harrelson, one of the Florida Oath Keepers, stashed weapons at the Comfort Inn Ballston.

The government cited a Signal chat for the Florida-based Oath Keepers in which Harrelson requested the location of the "QRF hotel," and Meggs responded with a direct message. Cell site location information shows that about three hours after sending the message, Harrelson arrived in the area of the Comfort Inn Ballston, according to the government, and remained there for about an hour before continuing on to Washington DC.

The government filing includes a printout of the Florida Signal chat showing Harrelson, as "Gator 6," writing at 8:55 a.m. on Jan. 7: "So we're just leaving DC and I would like to know where my shits at since it seems everyone's gone already."

Another user, whose name in redacted in the filing, responded: "Did u leave it at Comfort Inn in that room?"

A still from surveillance video included in the filing shows Harrelson at the Comfort Inn "rolling what appears to be at least one rifle case down a hallway towards the elevator," according to the government."

The filing also includes a surveillance image of an individual the government identifies as "Person Three" carrying what the government describes as "a large and long object wrapped under a bed sheet" to Caldwell's room after he and his wife returned from the Capitol on Jan. 6.

The new government filing indicates that Person Three remained involved in the conspiracy after the Jan. 6 storming of the Capitol.

The filing says Person Three forwarded a message from Oath Keepers founder Stewart Rhodes to Caldwell on Jan. 10. The message from Rhodes suggested his followers "purchase medicine, medical supplies and hygiene materials 'to keep yourself clean under field grid down conditions,'" the government said.

"Is there a code word I should be looking for here?" Caldwell responded. "Don't see reference to insurrection."