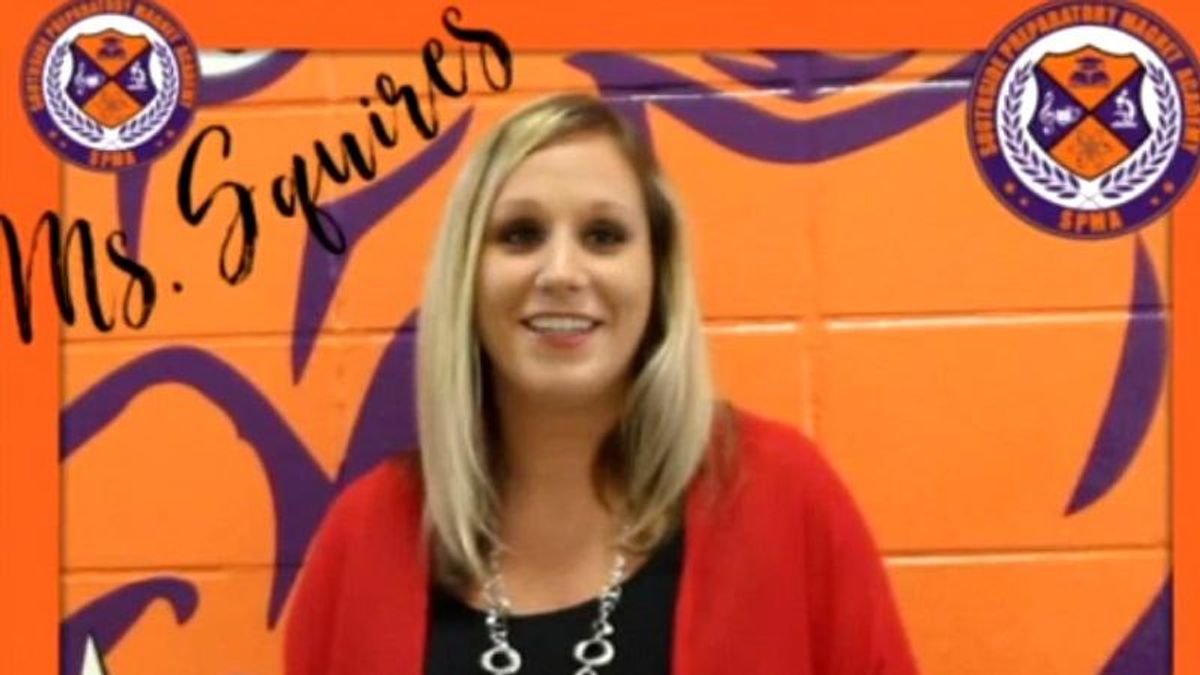 An English teacher at an Conecuh County, Alabama school has resigned after a viral video showed her having a racist and anti-gay meltdown in front of the man who is the father of her child.

Local news station WPMI reports that Olivia Stephens-Squires resigned from her position as Southside Preparatory Magnet Academy teacher during a Conecuh County Board of Education meeting last week amid community outrage over video showing her yelling racist and homophobic slurs at her child's father.

"Your wife f*cked n*ggers your whole f*cking marriage!" Stephens-Squires yelled at the man at one point in the video, according to local news station NBC 15 News.

At another point in the video Stephen-Squires told the man that "you sit like a f*ggot" and called him a "f*ggot-ass motherf*cker."

Stephens-Squires's resignation came after local parents threatened to pull their children out of the school unless it took action.

"Under no circumstances will my child attend a school system where this type of behavior takes place and nothing is being done about it," Conecuh County parent Michael Bowens told 15 News. "Who's to say it won't happen in the classroom?"