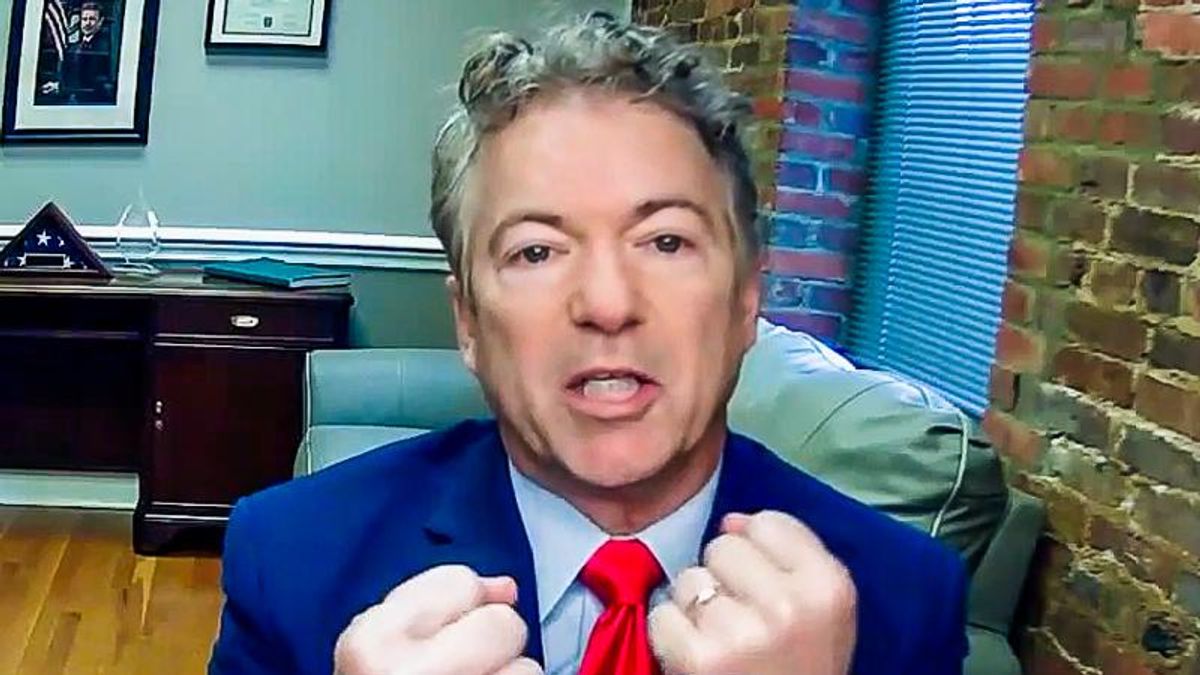 In an interview, Fox News Sunday host Chris Wallace presented Paul with a preview of the case that House impeachment managers will make at Trump's trial.

"They will play videos of what happened that day," Wallace said before previewing some of the video clips that House managers could enter into evidence.

"Is that not incitement for insurrection?" the Fox News host asked.

"I don't condone any of the language," Paul said, skirting the question. "I think you're going to see the Trump defense play video of Maxine Waters telling crowds to mob Trump administration [officials] in restaurants and attack them. They'll probably show clips of Cory Booker saying get up in their face of these congress people. You'll probably see comments from [Rep. Ilhan Omar (D-MN)] wishing and celebrating the violence that happened to me when I had six ribs broken and part of my lung removed. I think you're going to see all of this and people are going to have to judge for themselves."

"Are we going to impeach and potentially criminally prosecute people for political speech when they say get up and fight for your country, let your voices be heard?" he continued. "Has nobody in this country heard of figurative speech?"

Paul argued: "You can't just criminalize Republican speech and ignore all the Democrats who incited violence."