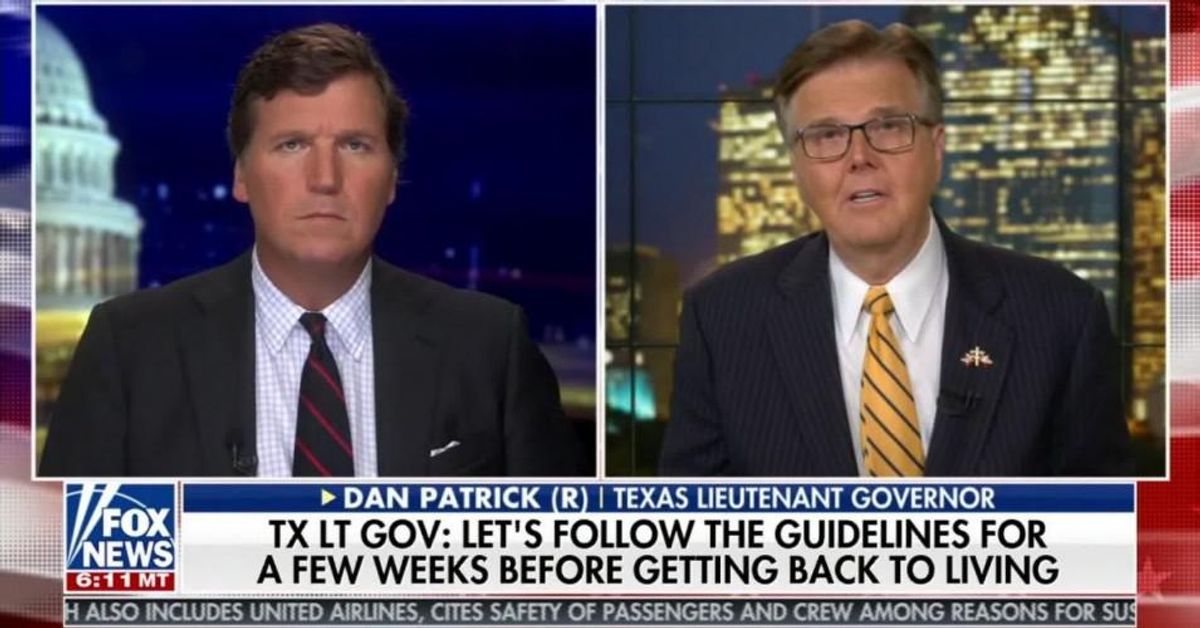 A new study shows that while states led by Democratic governors were overwhelmed by the coronavirus pandemic in the early months of the crisis, per-capita rates of Covid-19 cases and deaths eventually became most severe in states with Republican governors—a finding the researchers attribute to diverging approaches to public health policies that affected the spread of the virus.

"For death rates," the authors added, "Republican-led states had lower rates early in the pandemic, but higher rates from July 4 through mid-December."

According to the researchers, "The early trends could be explained by high Covid-19 cases and deaths among Democratic-led states that are home to initial ports of entry for the virus in early 2020"—such as Seattle and New York City.

"However," they continued, "the subsequent reversal in trends, particularly with respect to testing, may reflect policy differences that could have facilitated the spread of the virus."

The study, published this week in the peer-reviewed American Journal of Preventive Medicine, examined Covid-19 "incidence, death, testing, and test positivity rates from March 15 through December 15, 2020," when there were more than 16 million confirmed cases and 300,000 deaths in the U.S.

Making statistical adjustments to account for population density, the analysis focused on per-capita infection and death rates in the 26 GOP-led states and 25 Democratic-led jurisdictions, including Washington, D.C.

As the researchers noted, the response to the pandemic "became increasingly politicized in the U.S.," and according to the study, the "political affiliation of state leaders may contribute to policies affecting the spread of the disease."

The new paper cited other recent studies, which found that "Republican governors... were slower to adopt stay-at-home orders, if they did so at all," while "Democratic governors had longer durations of stay-at-home orders." In addition, the researchers pointed out that having a Democratic governor was "the most important predictor of state mandates to wear face masks."

After consulting a group of Wall Street titans last March, then-President Donald Trump ignored the advice of epidemiologists and followed through with his call for a premature end to coronavirus-related restrictions. The U.S. will "soon be open for business," Trump said at the time, aiming for an Easter reopening date.

The study suggested that "decisions by Republican governors in spring 2020 to retract policies, such as the lifting of stay-at-home orders on April 28 in Georgia, may have contributed to increased cases and deaths."

In a statement, Sara Benjamin-Neelon, a professor at Johns Hopkins and co-author of the paper, said that "governors' party affiliation may have contributed to a range of policy decisions that, together, influenced the spread of the virus."

Bruce Y. Lee, a professor of health policy and management at the City University of New York School of Public Health, who was not involved in the review, called it "a very enlightening and well-done study." While the study doesn't necessarily show "cause and effect," it does suggest "there were associations" between a governor's political party and the spread of the virus, he said.
"The actual spread of the virus is more complex than general correlations, but those can show us more gross general insight," Lee said, adding that the report bolsters the evidence that measures like masks and social distancing can help stop the spread of the virus.
"One of the most concerning things last year is the politicization of public health restrictions," Lee said. "They're not opinions, they're based on evidence."

The Covid-19 death toll in the U.S. surpassed 530,000 on Thursday, the one-year anniversary of the World Health Organization's declaration of a pandemic. The global death toll is now over 2,634,000.

Earlier this month, Texas Republican Gov. Greg Abbott tried to defend his widely condemned decision to scrap the Lone Star State's mask mandate with only 7% of residents fully vaccinated, a move that critics characterized as reckless.

Several experts, as Common Dreams reported last week, are once again warning against lifting statewide mask mandates and other coronavirus-related precautions, given that a premature rollback of public health measures threatens to derail progress in curbing the pandemic just as the potential of widespread vaccination grows.

"Despite a more coordinated federal response this year, governors still play a key role in the pandemic response," said Benjamin-Neelon. "As we're seeing, several states have lifted mask requirements even though we have yet to make substantial progress in controlling the spread of the virus."

"These findings underscore the need for state policy actions that are guided by public health considerations rather than by partisan politics," Benjamin-Neelon said of the paper.