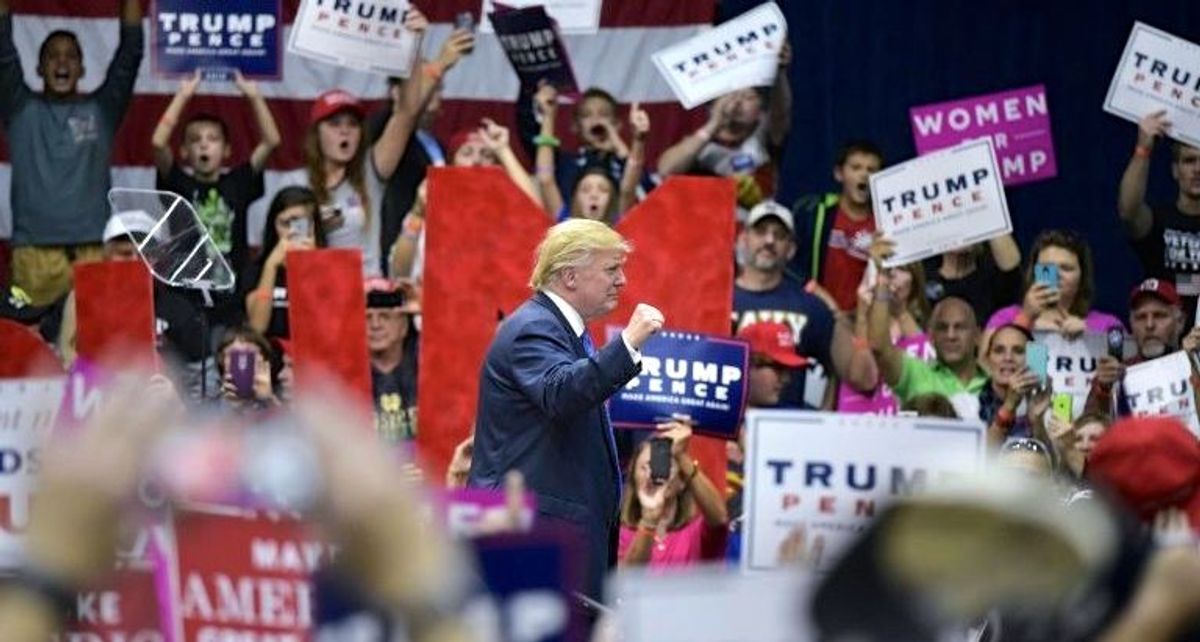 Republicans and Democrats have been having heated debates for generations, but in recent years, the divide between the United States' two major political parties has grown much more ugly and bitter than it was during the 1960s, 1970s and 1980s. And on Thursday, March 11, reporter Kyle Cheney stresses in an article published by Politico later that day, a two-hour hearing showed just how nasty that divide has become.

The March 11 hearing was held by members of the House Judiciary Subcommittee on the Constitution, Civil Rights and Civil Liberties, which Cheney describes as "an academic review of lawmakers' ability to punish or expel one another under House rules." The hearing, Cheney notes, "quickly devolved into a tidal wave of outrage, a snapshot of the increasingly toxic environment that has enveloped Capitol Hill since a mob of pro-Donald Trump supporters stormed the Capitol and sent them fleeing for their lives."

Cheney is not exaggerating when he uses the word "toxic" to describe the environment on Capitol Hill following the victory of President Joe Biden in 2020's presidential election. Trump and many of his GOP sycophants in Congress refused to accept the democratic election results, making bogus, totally debunked claims of widespread voter fraud. And on January 6, a violent mob of pro-Trump extremists — including QAnon supporters, members of the Proud Boys, White nationalists and militia members — stormed the U.S. Capitol Building in the hope of stopping Congress from certifying Biden's Electoral College victory.

Cheney explains, "Democrats continue to seethe over their GOP colleagues who countenanced Trump's efforts to discredit the election, and blame them for contributing to the atmosphere that inspired the mob. Republicans have largely sidestepped that debate, but as Democrats have begun ramping up tactics to marginalize the 138 House Republicans who voted to reject some of the 2020 results, some are beginning to bristle more vocally. And at Thursday's hearing, the dam broke."

The Politico reporter goes on to describe some examples of how contentious things became during that hearing. Rep. Jamie Raskin, the Maryland Democrat who served as lead impeachment manager during Trump's second impeachment trial, slammed Republicans for their "waterfall of counterfeit outrage and indignation" and described Republicans as a "religious cult" devoted to mindlessly worshipping Trump.

Raskin declared, "You invented cancel culture. This right-wing cancel culture has run amok." And he denounced the former president as a "snowflake," using a derogatory term that conservatives often used to attack liberals and progressives they view as hypersensitive. And Rep. Mike Johnson, a far-right Louisiana Republican, indignantly told Raskin, "The name-calling of the former president…. obviously violates the rules."

"The exchanges were emblematic of the whole hearing, where the testimony of four witnesses was largely an afterthought," Cheney observes. "The witnesses largely agreed that the House has the power to punish and even expel its own members under the Constitution, but that the process should be deployed only in exceedingly rare and clear-cut cases when a supermajority — and not just one political faction — deems it necessary. Republicans, though, viewed the hearing itself as part of an increasingly clear effort by Democrats to begin seeking ways to punish those they view as responsible for the January 6 insurrection."