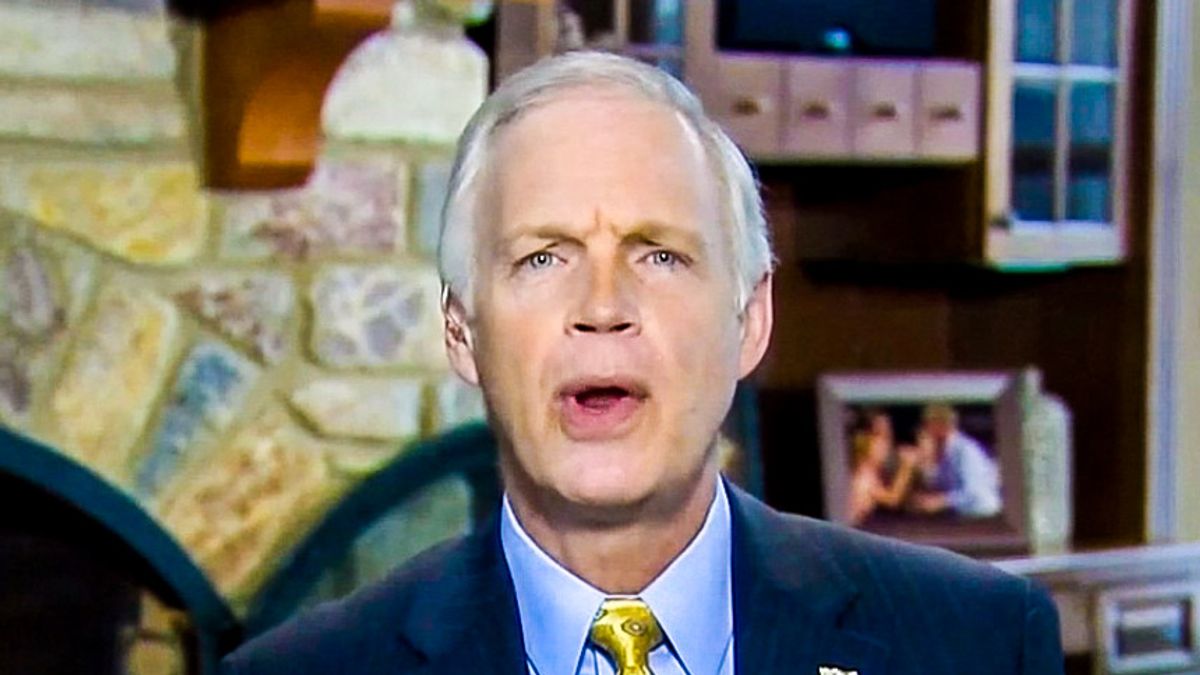 Sen. Ron Johnson (R-Wisc.) is facing stark criticism for his remarks explaining why he did not feel threatened when an angry mob of Trump supporters stormed the U.S. Capitol to hinder the Electoral College certification. Twitter users were not happy with his remarks and wasted no time expressing their disdain.

During an AM radio interview on the Joe Pags Show, Johnson suggested that he was not concerned about the Capitol rioters because they were not Black Lives Matter protesters or members of Antifa.

"I knew those were people that loved this country, that truly respect law enforcement, would never do anything to break the law, so I wasn't concerned," Johnson said. "Had the tables been turned, and President Trump won the election and those were tens of thousands of Black Lives Matter and Antifa protesters, I might have been a little concerned."

"Ron Johnson said that he was not scared during the Jan.6 insurrection because all the seditionists were white," one person tweeted. "But he said if they were Black, he would have been frightened. He actually said that out loud. Republicans are not even bothering to hide their racism."

Ron Johnson said that he was not scared during the Jan.6 insurrection because all the seditionists were white. But… https://t.co/Bv4UmazSub
— Rob Reiner (@Rob Reiner)1615604802.0

Another user noted how the demographical shifts in the United States may also lead to more blatant forms of racism. "As the demographics continue to shift and the white protestant majority continues to shrink, it will get progressively more vile & open," one user wrote. "This idea that Republicans are nice people who have a different political belief needs to stop. They want apartheid rule."

@robreiner I’m speechless. RON JOHNSON IS A UNITED STATES SENATOR. He should be held to a higher level of decenc… https://t.co/4tABZcW7AD
— Wendywink (@Wendywink)1615610668.0

@robreiner And he said they weren’t the type of people to break the law..... so beating police officers with Americ… https://t.co/AdU9QKTUAm
— Terrie Dahl-Thomas (@Terrie Dahl-Thomas)1615604933.0

Others also recalled Republican lawmakers' previous attempts to blame Antifa for the Capitol riots which raise more questions about Johnson's remarks. One Twitter user noted, "Didn't he say during impeachment hearing that Antifa was in the crowd Jan 6th and caused the violence. If that is what he really thought, based on his logic he should have feared the crowd. He is just like Trump, contradicts himself."

Johnson has not yet responded to the critical reactions about his radio interview.