'Ron Johnson is obviously an idiot': Conservative drops the hammer on GOPer over his Capitol riot comments 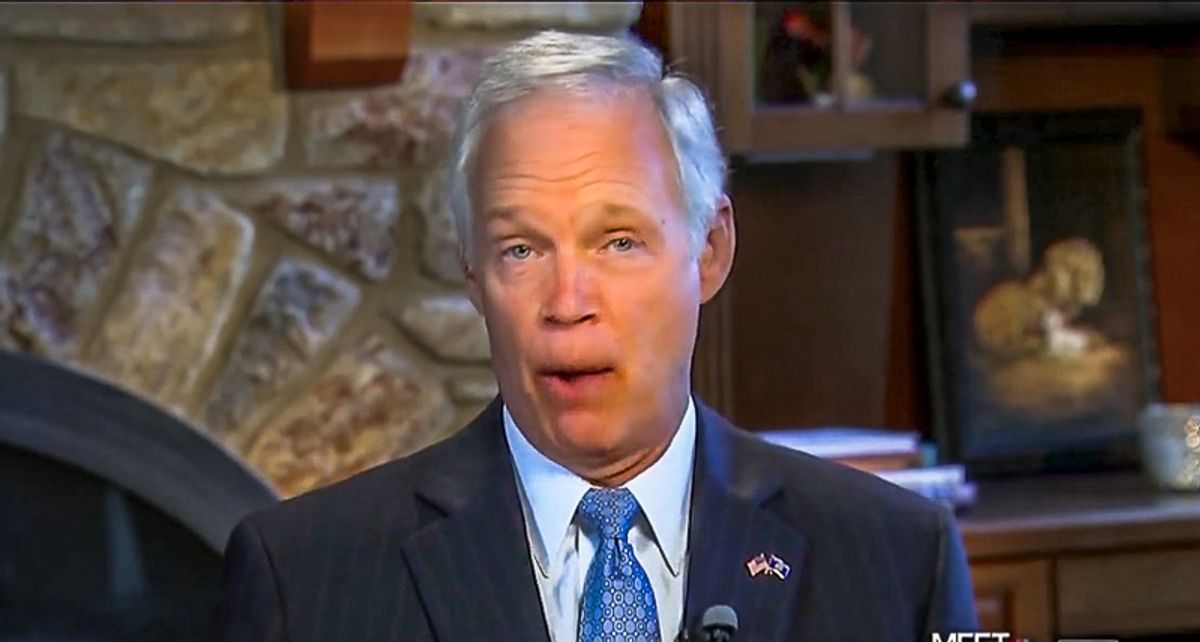 As part of a discussion on Johnson -- who claimed he would have been afraid of the Jan 6th insurrectionists if they had been Black Lives Matter protesters -- Morning Joe co-host Willie Geist began by saying some of the senator's colleagues don't think much of him.

''Ron Johnson is obviously an idiot," Lewis began. "I'll say that myself. I think anyone who saw the video [of the Capitol riot] knows it was utterly documented. There was a scene in one of those documentaries that show them rifling through Ted Cruz's papers, about to turn on him saying that, you know, he had sold them out. They were looking for Mike Pence, not that going after Nancy Pelosi would have been okay, but it's not just Democrats that they were after, Ron Johnson, and I'm not sure that they could have recognized you as one of the quote/unquote good guys if they found you."

"Ron Johnson's comments were the best case study I've ever seen or the best evidence of systemic racism and subliminal racism," he continued. "I honestly do not think that he was trolling us initially to try to get attention when he went on that radio show. I honestly do not think that Ron Johnson believes that he is a racist. In his mind, these protesters are our people. you know, they're good, patriotic white Americans in his mind. I honestly think he believes that."

"He doesn't get it and so I think he really proves the point that a lot of us, over the years, also didn't grasp, which is the fact that a lot of people, a lot of Republicans, sadly, who maybe are just unconsciously racist -- you know, they're harboring this bias, and out of the abundance of the heart, the mouth speaks," he added. "I think that's what just happened -- Ron Johnson just told us who he is."