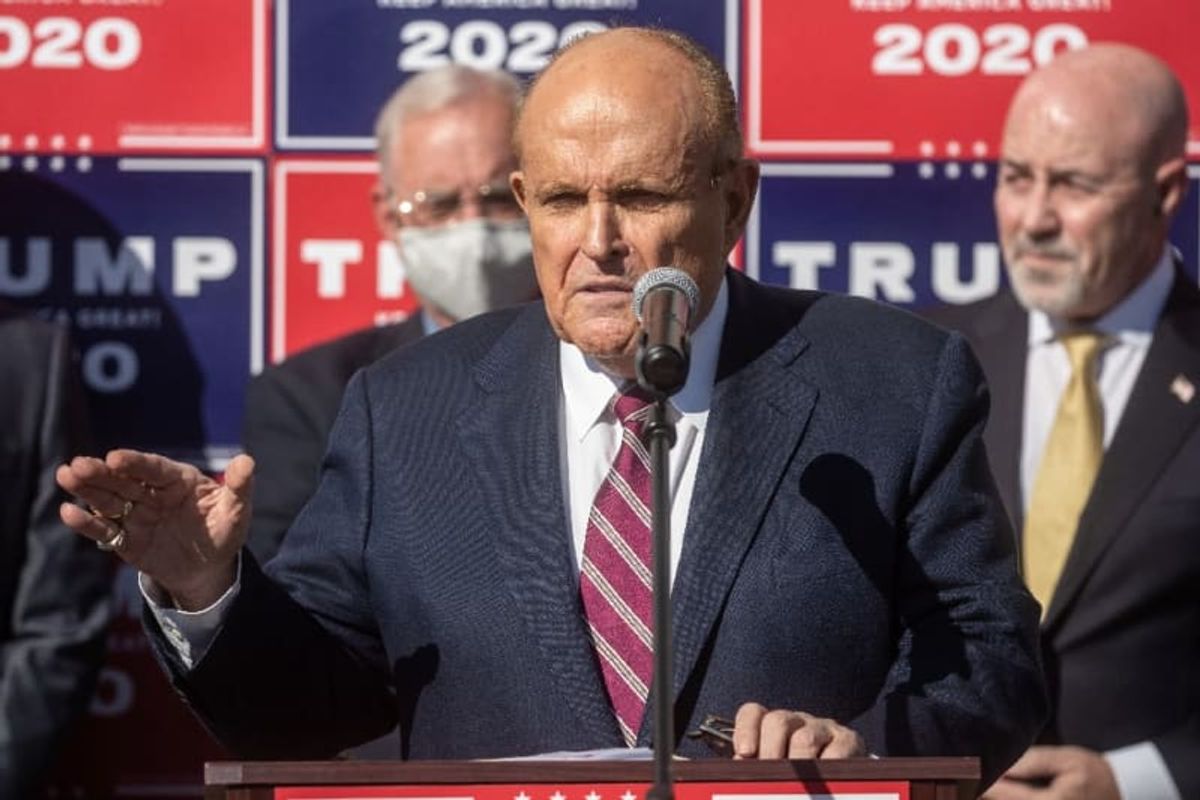 Rudy Giuliani is up for worst supporting actor, and worst screen combo, at the Razzies

Los Angeles (AFP) - Rudy Giuliani didn't even know he was appearing in "Borat Subsequent Moviefilm," but that hasn't stopped him landing two acting nominations -- from the tongue-in-cheek Razzies.

The annual list of the year's most dreadful movies is the one award show no Hollywood star wants to feature in, but Donald Trump's lawyer Giuliani bagged two spots in nominations Friday.

The scene ended with Giuliani apparently reaching into his trousers, oblivious to the hidden cameras, although he later insisted he was tucking in his shirt.

Giuliani is up for worst supporting actor, and worst screen combo along with Bulgarian actress Bakalova, who was nominated for a Golden Globe and is tipped for Oscars recognition for her role.

Close was nominated at the Globes and is seen as a contender for the Oscar nominations to be unveiled Monday, but earned a Razzie nod for worst supporting actress.

The year 2020 itself will be granted a "Special Governor's Trophy" for "The Worst Calendar Year Ever."

Formally known as the Golden Raspberry Awards, the Razzies are handed out the day before the Oscars, serving to mock the following night's self-congratulatory Tinseltown pageantry.

The Razzies were first awarded in 1981 in a Los Angeles living room, the brainchild of UCLA film graduates and industry veterans, who chose the raspberry as a symbol of derision.