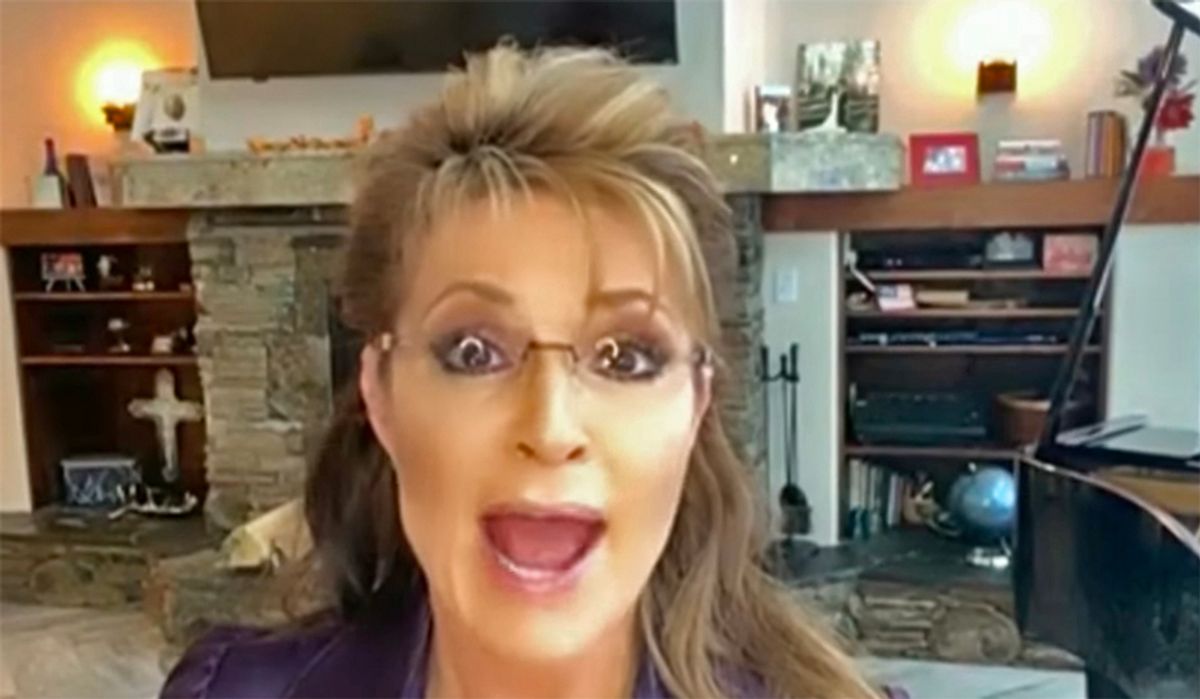 When former Alaska Gov. Sarah Palin (R) attempted to spew more misinformation about the presidential election, she was quickly shut down by Good Morning Britain's Piers Morgan and Susanna Reid.

On Tuesday, Feb. 9, Palin appeared on "Good Morning Britain," she was asked a litany of questions about the election and all that transpired after President Joe Biden was declared the winner. Palin made multiple attempts to pivot from the questions, but to no avail.

When she weighed in with her take on the country's electoral process, Palin said, "I want to see that our elections and every polling place is run cleanly, I was a Governor and as a Governor."

To which Reid interjected saying, "The question was do you accept the election victory by Joe Biden."

Instead of answering the question, the former Alaska Governor said, "This is crazy, you guys invited me on, let me finish please."

Palin's avoidance of the question was not missed by Morgan. He pushed back to press the vice presidential candidate for a direct answer asking, "Why don't you answer the question?"

Palin replied, "No, let me finish. I am talking about clean elections and I know that shenanigans do take place in elections, as a Governor I witnessed that." However, Morgan pressed on. "Sarah, you cannot filibuster us, now let's go back to the question do you accept that Joe Biden..."

The former Governor interrupted Morgan as she continued to avoid his question. "Ok let's go back to the question then about this mob rule," she said. "Let's go back to the first question, we never even got to finish the topic of the rioters in the Capitol."

At one point, Morgan tried to stop the argument, saying, "We normally like having you on the program because we have a good two-way, robust debate. Today you've just come on and you're just talking nonsense. I don't think you believe this!"

A frustrated Palin fired back saying, "How is it nonsense when I'm telling you facts about the -"

Morgan interrupted her saying, "They're not facts! There was no fraud!"

That's when Palin snapped at Morgan. "Oh really?!" she exclaimed. "Just look into that one issue, just one issue - that being the dead people who voted!" Trying not to laugh at the intense exchange, Reid chimed in as she highlighted the biggest problem plaguing the Republican Party.

"I say this with the utmost respect to you - you're sounding totally bonkers," Reid said, adding, "Part of the problem for the Republican Party is that people like you - high-level members - are still perpetuating this utter load of nonsense that somehow there was fraud that stopped Trump winning. Trump got hammered in this election!"

The intense interview caught the attention of many Twitter users who praised Morgan and Reid for grilling the former Republican governor.