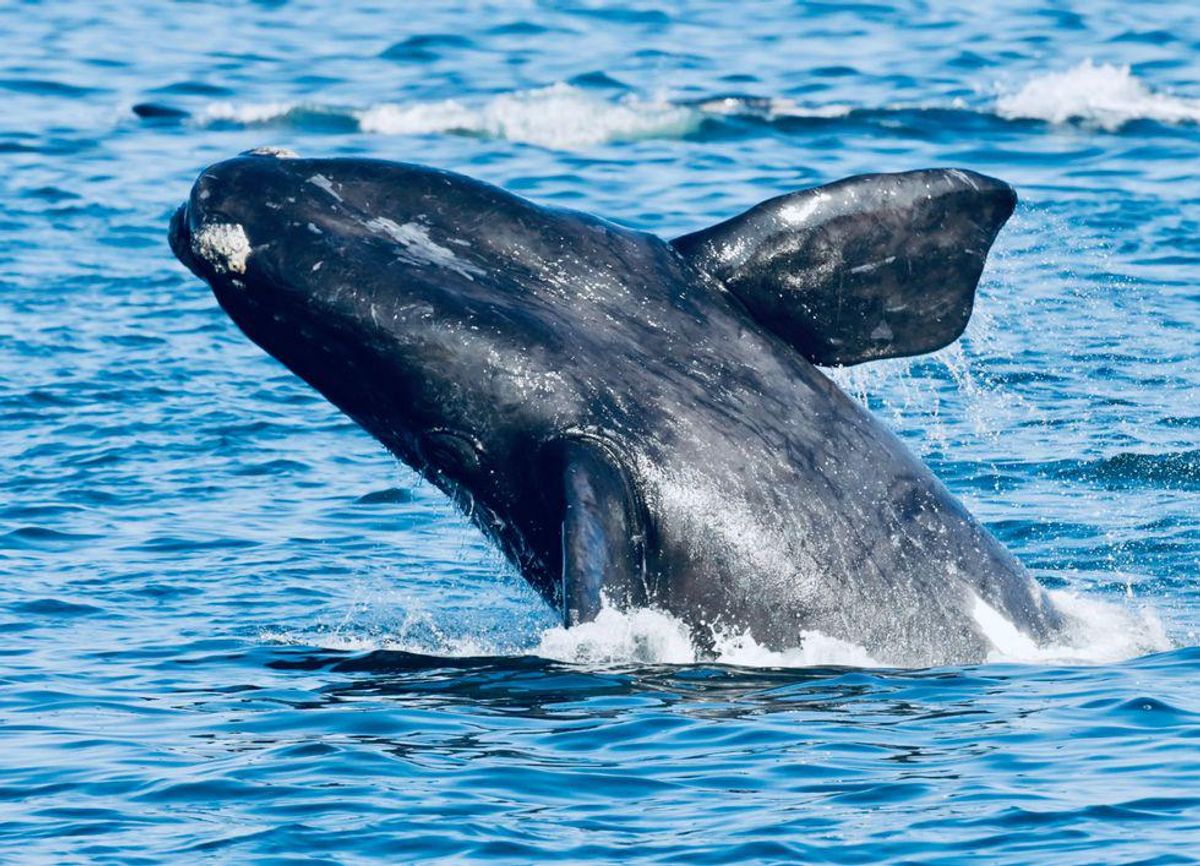 Most vessels are exceeding speed limits in areas designated to protect critically endangered North Atlantic right whales, of which only around 360 remain, a report said Wednesday.

The non-profit organization Oceana analyzed ship and boat speeds from 2017 to 2020 in speed zones established by the National Oceanic and Atmospheric Administration (NOAA) along the US Atlantic coast.

Collisions with vessels are one of two leading causes of injury and death for North Atlantic right whales, with research showing that slowing vessel speeds to 10 knots (11.5 mph, 18.5 kph) reduces the risk of death by 80 to 90 percent.

SMAs mandate a 10 knot limit while DMAs suggest the same.

The analysis was based on speed and location data collected by Global Fishing Watch, an international nonprofit organization founded by Oceana in partnership with Google and SkyTruth.

It found that the highest compliance level involved just two-thirds of vessels in a mandatory zone near Cape Cod, Massachusetts.

The zone with the highest levels of non-compliance of 90 percent was located in a corridor between North Carolina and Georgia.

The ports of New York and New Jersey had 70 percent non-compliance rates.

The study focused on vessels 65 feet (19.8 meters) and larger, because they are required to continuously broadcast their signals -- however, smaller vessels can be lethal, too.

In February, NOAA reported a calf died from propeller wounds, broken ribs, and a fractured skull from a collision with a 54-foot (16.4 meter) recreational fishing vessel.

"Killing even one is a problem, as scientists estimate that even a single human-caused North Atlantic right whale death a year threatens the species' chances of recovery," said Webber.

North Atlantic right whales were named for being the "right" kind of whale to hunt -- because they were found close to shore, swim slowly and float when dead.

They once numbered up to 21,000 but were hunted close to extinction in the early 20th century, with only around 100 remaining by the 1920s.

Whaling North Atlantic right whales was banned in 1935, leading their numbers to bounce back to as many as 483, but the progress has since been reversed.

Entanglement in fishing gear used to catch crab and fish is the other leading cause of North Atlantic right whale death.