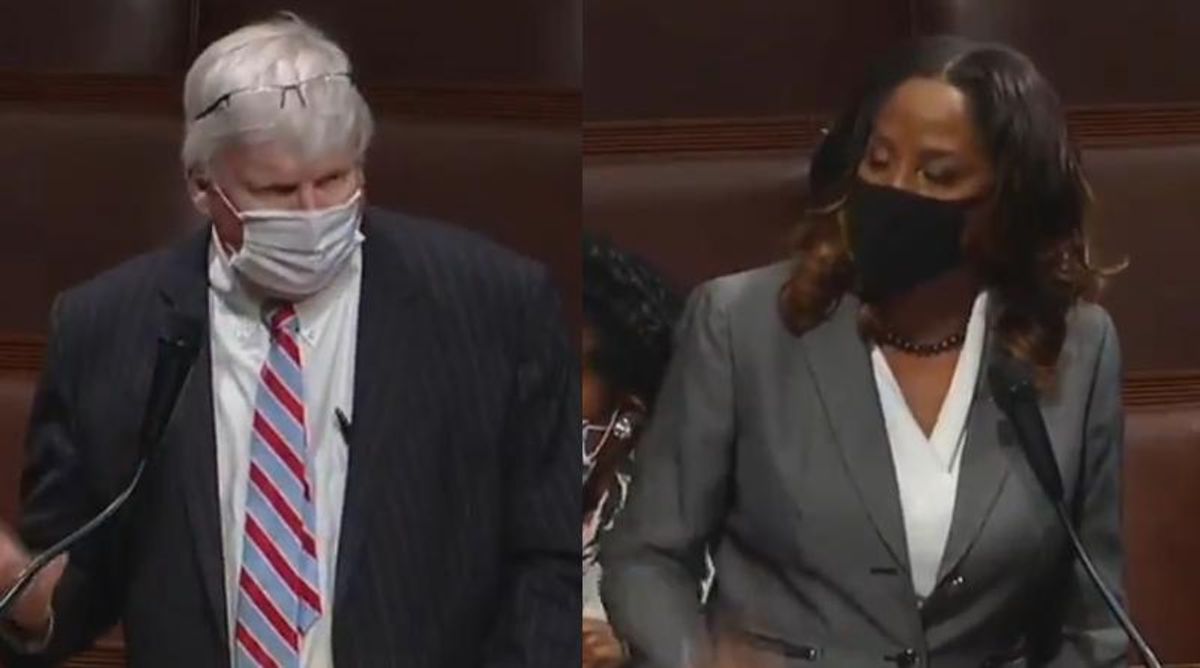 During his allotted time, Grothman stated, "I know it's a group that doesn't like the old-fashioned family," when talking about the BLM movement, an apparent reference to language on a Black Lives Matters website about disrupting "the Western-prescribed nuclear family structure by supporting each other as extended families."

That brought out a sharp response from Plaskett who admonished her Republican colleague to not leave the floor until she responded to him.

"How dare you!" she began while pointing at the GOP congressman. "How dare you say that Black Lives Matter, Black people do not understand old-fashioned families, despite some of the issues, some of the things you have put forward that I have heard out of your mouth in the Oversight Committee."

Pointing out that Black Americans have struggled to protect their families for over 400 years, Plaskett continued, "How dare you say that we are not interested in families in the Black community? That is outrageous, that should be stricken down."