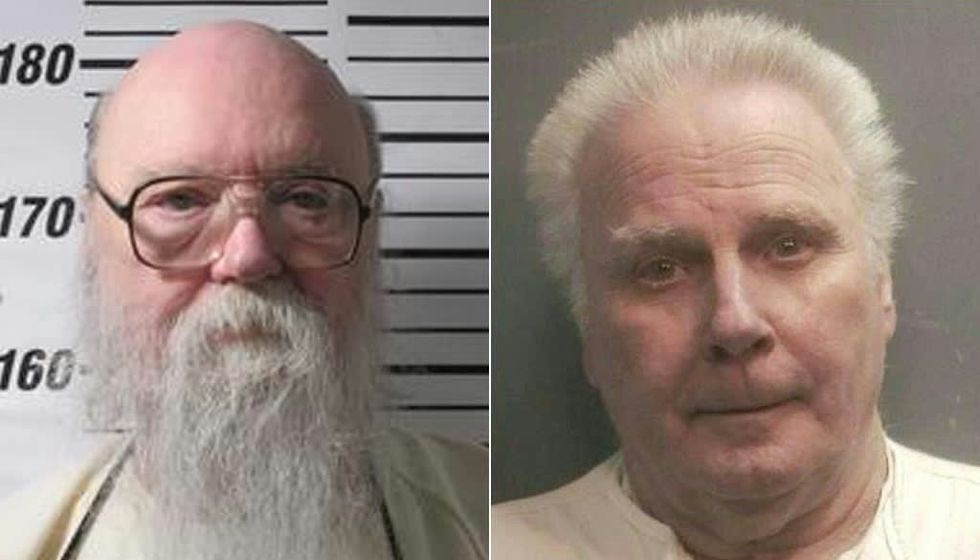 Death row inmates Oscar Franklin Smith (L), and Carl Buntion, both of whom were scheduled to be executed

Houston (AFP) - Texas executed its oldest death row inmate on Thursday, a 78-year-old man convicted of killing a policeman more than 30 years ago during a routine traffic stop.

Lawyers for Carl Buntion had filed a final appeal to the US Supreme Court seeking a stay, but it was rejected. He was executed by lethal injection and pronounced dead at 6:39 pm local time (2339 GMT), according to the Texas justice department.

A second US state, Tennessee, had also planned to execute another inmate, Oscar Franklin Smith, 72, by lethal injection Thursday for killing his estranged wife and her two teenage sons in 1989.

But Governor Bill Lee tweeted that Smith had granted a temporary stay due to "an oversight in preparation for lethal injection." Lee said more details would be released when available.

Buntion was the oldest man on death row in Texas, the conservative southern state which puts more prisoners to death than any other American state.

His lawyers had argued that executing him now, so many years after his crime, would constitute "cruel and unusual punishment," which is banned under the US constitution.

Buntion, they said, posed no danger to anyone and suffered from multiple ailments including arthritis, vertigo, hepatitis, sciatic nerve pain and cirrhosis.

"Mr. Buntion is a frail, elderly man," his lawyers said in a petition to the Texas Board of Pardons and Parole, "and will not be a threat to anyone in prison if his sentence is reduced to a lesser penalty."

Buntion had also been in solitary confinement for the past 20 years, restricted to his cell for 23 hours a day.

In June 1990, he shot and killed Houston police officer James Irby during a routine traffic stop.

At that point he already had a long criminal record and was out on parole after a conviction for sexually assaulting a minor.

In his final words at the state penitentiary in Huntsville, released by the Texas justice department, Buntion said he wanted Irby's family to know one thing: "I do have remorse for what I did."

He said he prayed that the family gets closure "for me killing their father."

Buntion was first sentenced to death in 1991. The sentence was vacated in 2009 by the state's highest court, but three years later another jury reinstated it.

Last year the US Supreme Court declined to issue a stay of execution for Buntion.