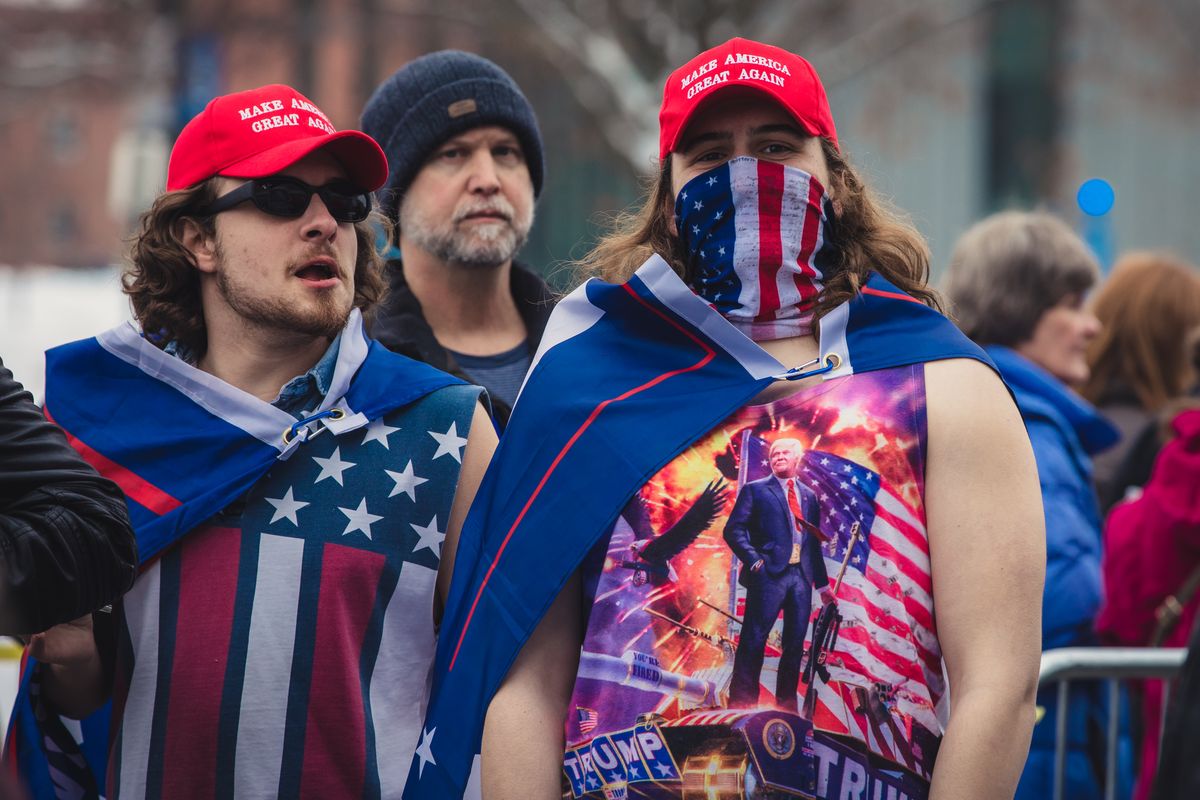 In their zeal to model their allegiance to their Ultimate Leader, Republicans went out of their way to restrict the voting process to assure "the integrity" of the vote. According to NBC News' Alex Seitz-Wald it didn't go very well:

At issue is a decision to quietly allow voters to participate in their complicated primary process even if they left blank parts of the application, including required fields that asked for their state-issued voter ID number and a signature, according to documents and an audio recording of a call obtained exclusively by NBC News. Republicans in the state say the nominating contest has been a logistical nightmare.

Their own activists couldn't traverse all of the GOP's newly-imposed "voter integrity" verifications. Evidently, a whole bunch of people didn't know how to fill out the necessary paperwork so they left whole portions blank which, under the new strict vote-counting rules the Republicans are pushing, should result in throwing out the ballot or registration form.

The right-wing gubernatorial candidate who calls herself "Trump in heels," (and is widely considered the Trumpiest of the lot) Amanda Chase is not standing for it. She wrote this to her supporters:

"DO NOT TRUST THE PARTY TO DELIVER ACCURATE RESULTS. Who should you go to for the proper results? Me and my campaign! My campaign will be monitoring the voting and data entry on election night. If they are accurate, we will tell you. If they are not, I will be prepared to sue in court to force a public count."

They don't expect the vote to be fully tabulated for some time and since it's a ranked-choice voting process, there will undoubtedly be a runoff. Is there any doubt that Chase will deny the validity of the vote count if she doesn't make the runoff? After all, she is the Trumpiest and we know what that means:

He won that year. And we all know what happened when, four years later, he didn't.

So judging from what's going on with election laws around the country and the lockstep belief among the faithful, I think it's fair to assume that we can expect more of it. As you can see from the Virginia example, one problem with these draconian voting restrictions is that they will affect Republican voters the same way they will affect the Democrats. It's possible they'll affect them even more since the GOP has been pushing absentee voting for years for their older constituents, the very people who may be most confused by the changes. Perversely, that will provide even more fodder for the losers to contest the election results and further degrade their own voters' faith in the system. After all, the last election results were certified by Republican officials and Republican judges all over the country, yet Republican voters still believe it was fraudulent. It won't matter in 2022 and 2024 that it was Republicans who instituted the rules that disadvantage their own voters.

Keep in mind that the new voting restrictions are not where this ends.

Republicans are also doing their usual tricks of "purging" voters from the rolls and "caging." But there are some newer very troubling moves, starting with the new expansive rules in 20 states for "poll watchers" which basically means that fanatical Republican extremists will be free to harass and intimidate voters as they are trying to cast a vote. This technique is thought to be more effective in precincts with more minority voters but Republicans may be surprised. Everyone knows what they're up to now so Democrats are highly unlikely to be intimidated by MAGA yahoos at the ballot box.

Because we are also seeing the entire party from Ted Cruz, R-Tx., and Marjorie Taylor Green, R-Ga, to House Minority Leader Kevin McCarthy, R-Calif., all buying into the notion that Trump's Jan. 6th gambit to overturn the election was legitimate, it's clear that's become conventional wisdom in the GOP as well. At this point, it appears that they have all decided to treat the insurrection itself as a somewhat overzealous but nonetheless valid response to having had the election "stolen."

Trump made a serious run at getting the election overturned. He cared nothing for legitimacy, openly and blatantly threatened, cajoled and intimidated state and local elections officials to refuse to certify the results based upon sloppily made-up evidence and conspiracy theories. For months he bellowed that mail-in votes were fraudulent and 6 weeks before the election he stated outright that he wanted Amy Coney Barrett confirmed because he expected the court to decide the election and he needed that extra vote just in case.

As it happened those local officials and judges around the country refused to cooperate. Today those officials are all being purged from the party. All these voter "integrity" bills will eventually be challenged and we'll see if the courts are still independent or if conservative jurists are now on the Trump train as well. After all, it all seemed like a stunning assault on our tradition of a peaceful transfer of power at the time. Something like this had never happened before. Will they feel the same way if it happens again?

Even more unnerving is the growing perception that all this supposed "rigging" leaves the GOP with no choice but to refuse to vote to certify any more presidential elections if they have the power to do it. There is unfortunately a decent chance that McCarthy might just be the Speaker of the House in 2025 and if Trump is on the ballot, as he probably will be, does anyone believe he would dare defy him again?

It is almost inevitable that "stop the steal" will be an ongoing GOP rallying cry.

Whatever misgivings the Republican establishment may have had about Donald Trump's strategy to usurp democracy, they have rapidly come around to being his servile minions once again. With three more years of banging this drum, the Trump cult will be thoroughly convinced that it is literally impossible for them to legitimately lose elections. And GOP officials will be happy to let them believe that as long as it means they can stay in power.