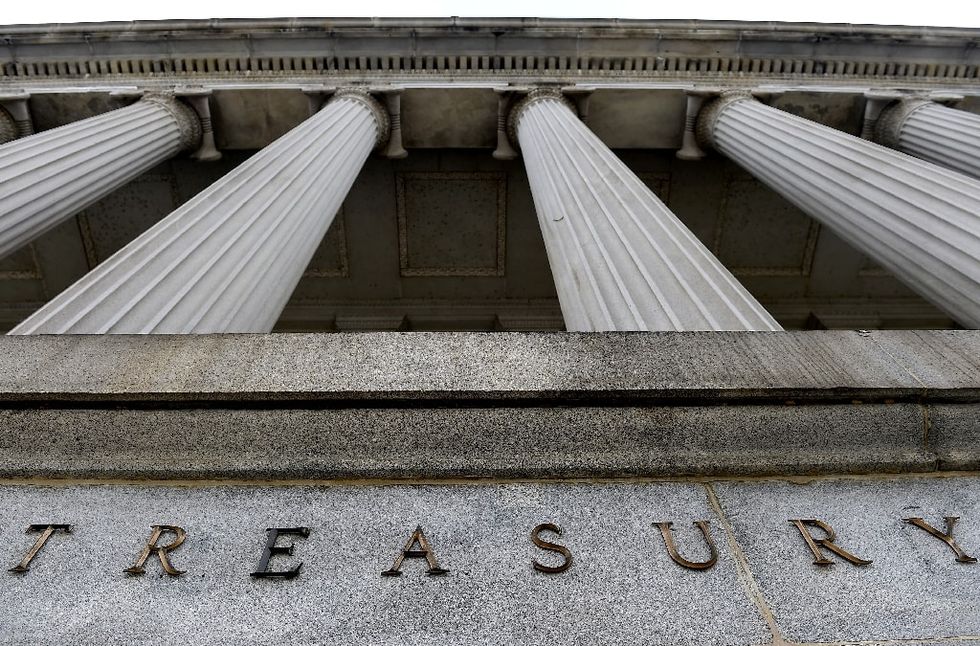 Champions of the idea point to a 1997 law, which in theory would allow the Treasury Secretary to authorize a platinum coin at the value of his or her discretion.

The president could direct the Treasury Secretary to mint a $1 trillion piece that could be deposited in the Federal Reserve and used to cover a big portion of Washington's bills.

Such a maneuver would bypass Congress, which is again flirting with disaster. Treasury Secretary Janet Yellen warned on Tuesday that the government would run out of cash unless the federal borrowing cap is lifted.

Though it may seem far-fetched, the idea got far enough during the 2013 impasse that the Treasury Department explicitly ruled out minting the coin.

Former president Barack Obama alluded to the internal talks over the concept in a January 2017 podcast, just as he was leaving office.

"There were all kinds of wacky ideas," Obama said on "Pod Save America" of the 2013 discussions with staff.

But the solution has hardly been embraced by mainstream economists.

Critics include economist Paul Krugman, who wrote in March 2020 that the idea was "an accounting gimmick" that "wouldn't even fool anyone."

Laurence Kotlikoff, an economics professor at Boston University, said it was "the kind of thinking of a third world country."

"The essence of the issue here is printing money to pay the government's bills," Kotlikoff said. "And when you print enough money, you get inflation."

Policy makers are already grappling with pricing pressure in the wake of heavy fiscal spending during the pandemic. That marks a break from the anemic inflation seen over most of the last two decades.

For now, there is no obvious solution to the impasse, raising the possibility that the United States could default for the first time in its history.

But if the trillion-dollar coin draws eye rolls from economist, it is a source of curiosity on social media.

Economics professor L. Randall Wray, a Bard College professor who has championed Modern Money Theory, which de-emphasizes the drawbacks of debt, said the special coin is no wackier than other expansionary financial maneuvers enacted by the Federal Reserve during the pandemic that have involved hundreds of billions of dollars of public and private debt.

"It is a work around," Wray said. "It sort of makes it obvious that the debt limit itself is a pretty stupid idea."

Wray and others note that massive infusions of liquidity by the Federal Reserve in the wake of the 2008 crisis did not spur inflation.

For Matthew Gertz of Media Matters for America, the question is not whether the trillion-dollar coin is too big, but whether it is big enough.