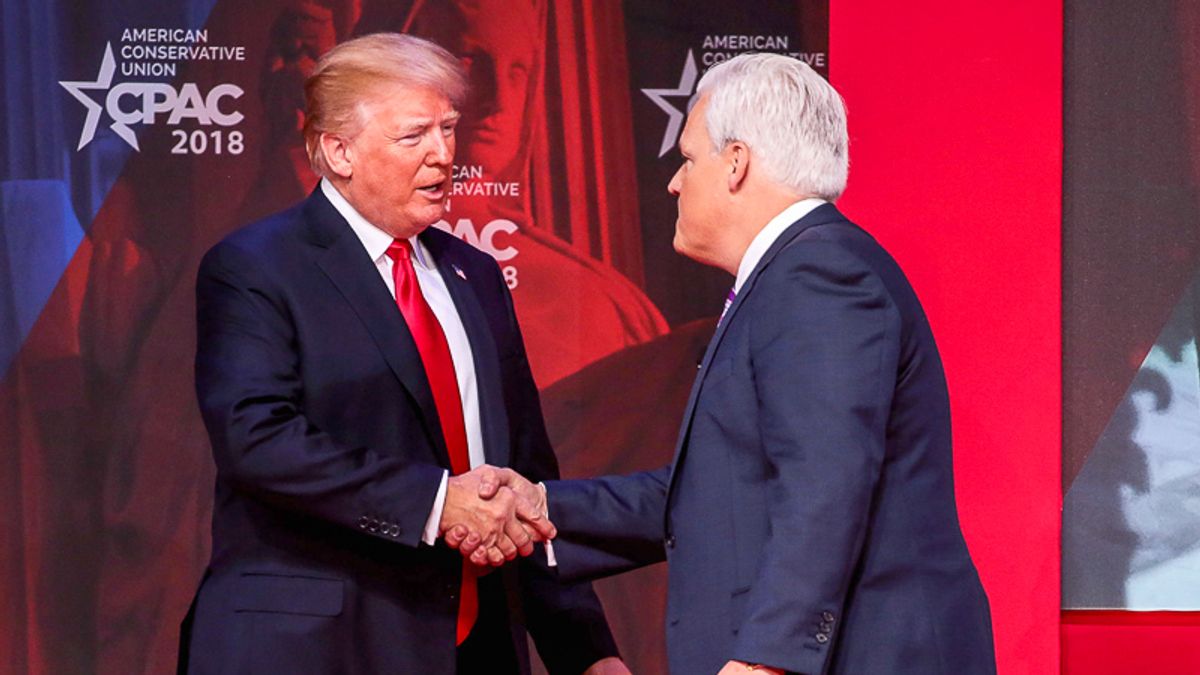 There is no rational or reasonable explanation why Donald Trump is even considering another presidential run in 2024. He has no agenda. He has no real ideology other than his self-aggrandizement and greed. He had a dreadfully inept, contentious and fractious term as president from 2017 to 2021. He is probably facing imminent civil and criminal legal charges. He is in financial dire straits. He lost his last election by 7 million votes.

Trump's upcoming appearance at CPAC this weekend, however, clearly signals that another presidential campaign may be in his sights. A return to private life may not be enough for him. There is a longstanding tradition that ex-presidents retreat into the background so the new president can shine. But that does not fit Donald Trump's psyche. Just the opposite is true: He wants to spoil Joe Biden's time in the sun by stealing as much attention away from him as possible.

Trump's attention addiction was in full force during his presidential term. He held more than 80 pep rallies so that he could bask in the glow of the attention from the masses. And his almost nonstop tweeting — late into the night and distressingly early in the morning — showed that he was addicted to instant attention.

Why? Because all elected officials take a sworn oath to protect the public's safety and well-being. An attention addict, by definition, cannot possibly meet that obligation. The public good is of no concern to an addict whose sole mission in life is to consume more and more of the sought-after prize.

Trump has already proven that his addiction interferes with his capacity to be a public servant. His addiction kept him from solving the existential crises that our country faced: a deadly pandemic, a crashed economy, racial and economic inequality, domestic violence, immigration and many others.

He could not even facilitate the orderly and peaceful transfer of power to Joe Biden once he lost the election. He had to incite an insurrection of our government in an attempt to hold onto power — and attention. This just shows you the lengths an addict will go to maintain his addiction.

Trump needs intervention for his addiction. He needs a treatment plan that includes abstinence from attention, expression of remorse to those he has aggrieved, a concrete plan for his future without attention and ongoing, uninterrupted individual and group therapy.

It is not what we need as a country either. We are a huge, diverse republic that has many challenges ahead. We do not need an addict running our country. We need leadership that is wise, seasoned and serious. Joe Biden seems to fit the bill for the moment — he does not have an attention addiction. We go days without seeing him and hearing him. He is doing his job without fanfare. He is solving problems without the constant need to take credit. He has brilliant people around him and allows them to garner their own attention. He never brags, exaggerates, fabricates or spreads conspiracy theories.

We are exhausted from having an attention addict run our country. He ran us into the ground, all the while just wanting our attention. Why didn't he just ask for it? Why did he have to put us through so much upheaval and tumult? That was his addiction talking.

Perhaps Trump can reprise "The Apprentice" on a major television network. That would be squarely in his wheelhouse. Had he stayed on that show to begin with, hundreds of thousands of Americans who have died might still be alive.

That is proof enough that we should not have an attention addict in our national leadership. Trump must be disqualified from elected office. We must not subject ourselves to his dangerous and self-destructive addiction again.

Let us hope Trump gets the help he needs. Even more important, let's hope we are smart enough to discourage him from running for another term. We have already fed his addiction for far too long.

The Czech Republic accused on Saturday the GRU – Russia's military intelligence agency – of being behind a deadly explosion at an ammunition depot in 2014. They pointed the finger at a specific section of the organisation – Unit 29155 – which has attracted an increasing amount of notoriety over recent years.

If it was remembered at all abroad, the explosion of a Czech ammunition depot in 2014 was hitherto thought of as a nasty accident that cost two people their lives. But it took centre stage in EU-Russia tensions on April 17, when Prague announced it was expelling 18 Russian diplomats over suspicions that GRU Unit 29155 had been responsible.

House Minority Whip Steve Scalise (R-LA) on Tuesday blasted Rep. Maxine Waters (D-CA) after she said that protesters in Minnesota should become more "confrontational" if former police officer Derek Chauvin is not found guilty of the death of George Floyd.

At a Republican House Leadership press conference, a reporter suggested that the Republican effort to expel or censure Waters was hypocritical because they refused to support a similar effort against Rep. Mo Brooks (R-AL), who encouraged pro-Trump protesters minutes before they violently stormed the Capitol on Jan. 6.