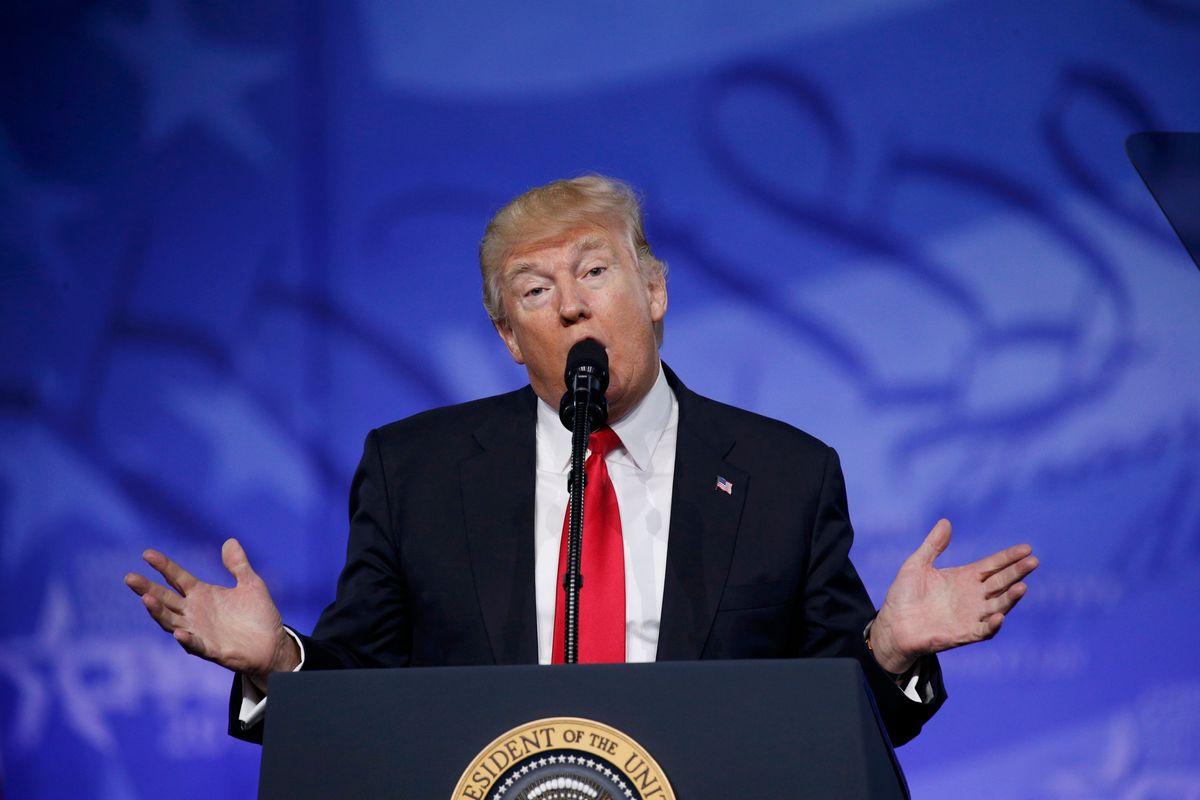 "I was talking to somebody on the ground there at CPAC, it looks like he didn't leave Palm Beach for Orlando until just about probably 25 minutes ago, so he should be on the ground soon," Fox News host John Roberts explained. "They're thinking about 4:55 Eastern Time when he hits the stage. So we've got another hour to go. We've got a lot of TV to fill."