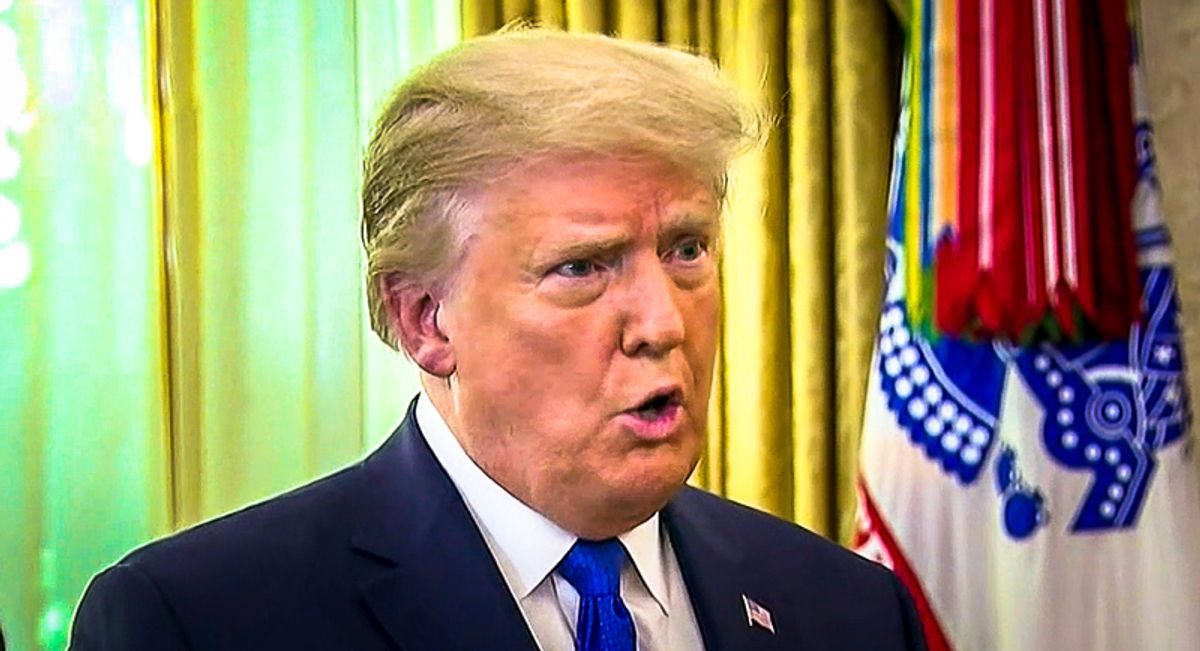 Since March 2020, our body of mental health experts, the World Mental Health Coalition, has urgently recommended that Donald Trump be removed from the presidency, whether via the 25th Amendment, impeachment, resignation, or an involuntary psychiatric hold. Following his incitement of violent insurrection where five people were killed and a massacre of lawmakers was attempted, we have issued a call for his removal from the presidency for medical reasons.

While a second impeachment is a step in the right direction, without actual conviction and removal, the public remains vulnerable. As president, Donald Trump officially controls access to weapons capable of destroying civilization.

As independent mental health professionals with detailed knowledge of the president's condition, we have urged a reopening of the possibility of Section 4 of the 25th Amendment, or any other means of removal of presidential powers, including a psychiatric evaluation for immediate safety measures.

There is abounding evidence of Donald Trump's severe mental impairments, and the following can serve as medical data of a dangerous mindset that is important for consideration, be it for the 25th Amendment, the senate trial, or informed, critical behavioral management in the coming days.

Previously, we analyzed his lengthy phone call with Georgia's secretary of state, Brad Raffensperger. Similarly, his speech at the "Save America" rally before the Capitol offers shocking proof of his dangerous mindset. In the speech, Donald Trump shows signs of delusions, paranoia, grandiosity, pathological narcissism, and other serious symptoms.

Delusions are fixed false beliefs that are not amenable to facts or reason, and when rigid, can evoke a violent response to challenges. For example, no amount of proof, failed lawsuits, and ratification of election results would change Donald Trump's mind about the election being stolen: "All of us here today do not want to see our election victory stolen by emboldened radical left Democrats, which is what they're doing…. We will never give up. We will never concede." Delusions, or beliefs their purveyor is truly convinced of, are more effective than strategic lies in spreading across populations through emotional bonds.

His grandiosity entitles him "to try and give our Republicans, the weak ones … the kind of pride and boldness that they need to take back our country….. So let's walk down Pennsylvania Avenue." As president, he does not have to give explicit orders to orchestrate his followers in an attack: "You have to show strength, and you have to be strong," while enumerating his targets, suffices.

Donald Trump also gives ultimatums: "Our country has had enough. We will not take it anymore…. we will stop the steal." Only a reality that comports with his disordered, wishful thinking is possible to him, regardless of evidence, and he specifies his target: "The States got defrauded…. All Vice President Pence has to do is send it back to the States to recertify, and we become president, and you are the happiest people." In response, his followers went as far as to mount a noose and gallows.

He displays delusions of grandeur, stating that his and his followers' mission is "to save our democracy." Only he should be in the position of president, and if his audience fails, they will see the nation's destruction: "We want to get this right, because we're going to have somebody in there that should not be in there and our country will be destroyed."

Donald Trump claims they "built the greatest political movement in the history of our country…. There's never been a movement like that." He instructs his followers not to lose it: "Don't let them talk, 'Okay, well we promise,' I've had a lot of people, 'Sir, you're at 96% for four years.' I said, 'I'm not interested right now. I'm interested in right there.'"

Donald Trump's paranoia, or perceiving threat where it does not exist, is another risk factor for violence. Donald Trump repeatedly imposes his paranoid world view whereby they are the ones under "siege", in order to promote himself as the only one who can save them: "We've done things like nobody's ever thought possible. And that's part of the reason that many people don't like us, because we've done too much, but we've done it quickly…. And now we're out here fighting."

Perpetrators of abuse commonly cut their victims off from other sources of information, which Donald Trump does by demonizing legitimate media, which he calls, "fake news": "It's all part of the suppression effort…. The American people do not believe the corrupt fake news anymore, [or] the people who want to deceive you and demoralize you and control you, big tech, media."

Donald Trump has a history of recklessness, impulsivity, lack of empathy, a loose grip on reality, and intolerance of challenges to his fragile sense of self. His defeat as president of the United States has plunged him into a violent, psychotic spiral, and he is now fighting for his psychic survival. This has now escalated to inciting his followers to commit acts of violence against elected officials and the general public.

The mental health emergency that Donald Trump poses to the nation has been the defining characteristic of this presidency. We must not make the mistake again of overlooking psychological factors. Donald Trump continues to be a danger to himself and others, and correct management in the coming days and weeks will be critical to containing his ability to mount further violent upheavals, as well as to keeping our nation safe.

Bandy X. Lee, MD, MDiv, is president of the World Mental Health Coalition (worldmhc.org). She can be followed at her web site (bandylee.com) or on Twitter (@BandyXLee1).