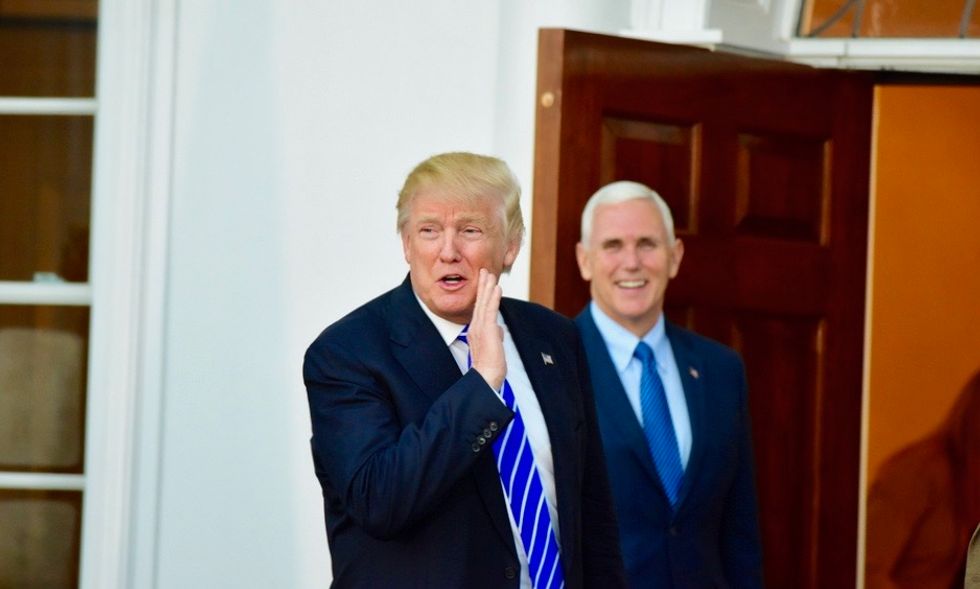 Officials from more than a dozen states say the Trump administration has informed them that next week's Pfizer-BioNTech Covid-19 vaccine allotments to their jurisdictions are being substantially reduced, prompting confusion and outrage. The development comes even as Pfizer insists that it has millions of doses ready to ship if given instructions by the federal government.

Coronavirus inoculation in the U.S. began Monday as the country's pandemic death toll surpassed 300,000. Hundreds of thousands of people—mostly frontline healthcare workers and nursing home residents whom the Centers for Disease Control and Prevention (CDC) agreed to prioritize—have already received their first dose of the vaccine.

But Washington Gov. Jay Inslee (D) tweeted Thursday that the CDC "has informed us that [Washington's] vaccine allocation will be cut by 40% next week—and that all states are seeing similar cuts."

"This is disruptive and frustrating," Inslee added. "We need accurate, predictable numbers to plan and ensure on-the-ground success. No explanation was given."

The Associated Press reported Friday that "California, where an explosion in cases is straining intensive care units to the breaking point, will receive 160,000 fewer vaccine doses than state officials had anticipated next week—a roughly 40% reduction."

Maryland Gov. Larry Hogan (R) said his state was also told it would receive a smaller shipment than expected, The Hill reported Thursday. In addition, Illinois Gov. J.B. Pritzker (D) on Wednesday said he "anticipates about half as many doses as was originally promised."

Adding to the chorus of governors expressing concern was Florida Gov. Ron DeSantis (R), who said Wednesday that "new shipments were 'on hold,' and that if they arrive, he is anticipating fewer doses than he was previously told," The Hill reported. But unlike his colleagues in other states, DeSantis blamed unspecified "production issues."

Pfizer on Thursday denied that underproduction is the cause of diminished vaccine distributions, instead assigning fault to the lack of direction provided by the Trump administration.

In a statement, the company said that it "successfully shipped all 2.9 million doses that we were asked to ship by the U.S. government to the locations specified by them."

"We have millions more doses sitting in our warehouse but, as of now, we have not received any shipment instructions for additional doses," Pfizer added.

While the announcement of shipping cuts has prompted "worries about potential delays in shots for healthcare workers and long-term residents," AP noted, "senior Trump administration officials on Thursday downplayed the risk of delays, citing a confusion over semantics."

Speaking anonymously, two Trump administration officials told AP that "states will receive their full allocations, but misunderstandings about vaccine supply and changes to the delivery schedule may be creating confusion."

"The initial numbers of available doses that were provided to states were projections based on information from the manufacturers, not fixed allocations," one official said. "Some state officials may have misunderstood that."

Pfizer, however, stressed that "as far as production goes, nothing has changed." In an email to AP, company spokesman Eamonn Nolan said, "No shipments containing the vaccine are on hold or delayed. We are continuing to dispatch our orders to the locations specified by the U.S. government."

The two unnamed Trump administration officials told AP that "changes the federal government made to the delivery schedule, at the request of governors, may be contributing to a mistaken impression that fewer doses are coming."

"The key change," AP reported, "involves spacing out delivery of states' weekly allocations over several days to make distribution more manageable." The news outlet added that, according to the Trump administration officials, "Pfizer's statement about doses awaiting shipping instructions, while technically accurate, conveniently omits the explanation: It was planned that way."

This message was reiterated by a spokeswoman from Health and Human Services who contradicted governors' claims that distribution plans have changed. "Reports that jurisdictions' allocations are being reduced are incorrect," the spokeswoman told The Hill. "As was done with the initial shipments of Pfizer vaccines, jurisdictions will receive vaccines at different sites over several days. This eases the burden on the jurisdictions and spreads the workload across multiple days."

The pace of inoculation is expected to ramp up next week as long as Moderna receives federal authorization for its vaccine. While the arrival of an additional vaccine is welcome news, public officials at the state level are demanding better communication and leadership from Washington, D.C.

"States need clear and precise updates and information from the federal government as we continue the large and complex process of distributing this critical Covid-19 vaccine across the nation," Nevada Gov. Steve Sisolak (D) said in a statement after his state's next allocation was slashed 42% to 17,550 doses.

"To slash allocations for states—without any explanation whatsoever—is disruptive and baffling," Sisolak added.

Journalist David Dayen warned weeks ago that a logistical crisis of this sort was highly likely as a result of the dearth of federal leadership and meager state funding devoted to vaccine distribution, which he called "the largest logistical project in the history of mankind."