U.S. Congress' Jan. 6 committee to zero in on pressure over Georgia election results 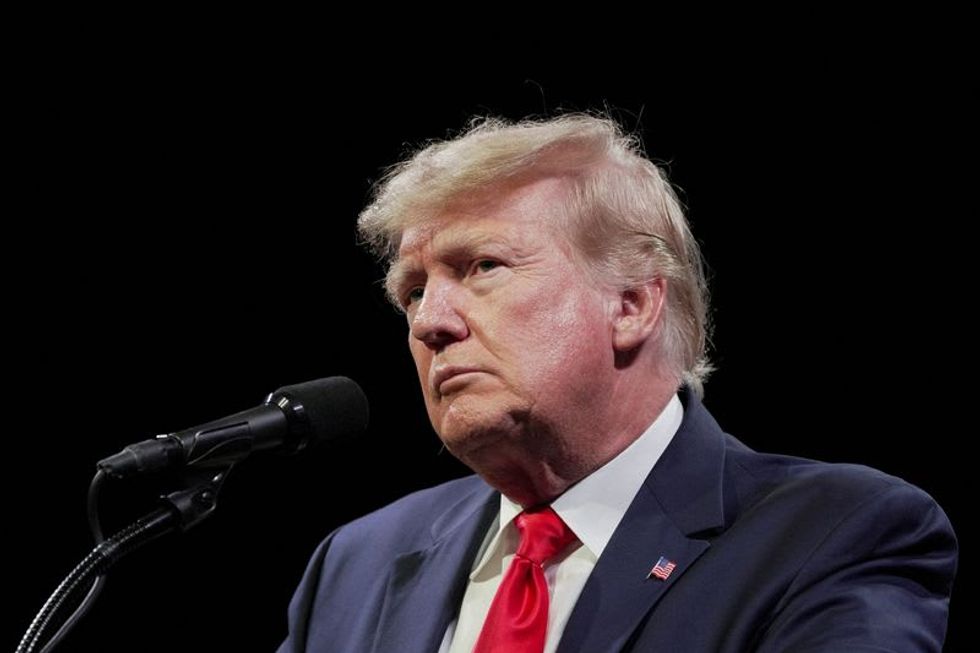 WASHINGTON (Reuters) - The congressional committee investigating the Jan. 6, 2021, attack on the U.S. Capitol on Tuesday will focus on then-President Donald Trump's efforts to pressure state officials as part of his broader effort to remain in office despite losing 2020's election, committee aides said.

The committee hearing is the fourth of at least six expected this month as the nine-member House of Representatives select committee discloses results of its nearly yearlong investigation into the attack on the Capitol by thousands of Trump supporters.

Witnesses appearing in person will include Georgia Secretary of State Brad Raffensperger and Arizona House Speaker Rusty Bowers, both Republicans like Trump. Gabriel Sterling, chief operating officer at the Georgia secretary of state's office, another Republican, and Wandrea ArShaye "Shaye" Moss, a former Georgia election worker who faced threats after being targeted by name by Trump associates, will also appear.

Trump held a raucous rally on Jan. 6, urging his supporters to march on the Capitol. He had seized on that date - when Vice President Mike Pence was to meet with lawmakers there to formally certify the election - as a last-ditch chance to hold onto the White House despite his loss at the polls.

The panel of seven Democrats and two Republicans has used the hearings to build a case that Trump's efforts to overturn his defeat amounted to illegal conduct, far beyond normal politics.

Democrat Joe Biden in November 2020 defeated Trump in both Georgia and Arizona, two states that recently had backed Republicans in presidential elections. Trump and his associates put pressure on officials from those states to overturn the election results, partly via an effort to submit alternate slates of electors backing Trump.

Trump called Raffensperger on Jan. 2, 2021, telling Georgia's top election official to "find" enough votes for him to win Georgia's electoral votes, and Raffensperger remained a frequent target of Trump's criticism. The secretary of state last month held off a Trump-backed challenger to win the Republican Party's primary as he ran for reelection.

Raffensperger will face a Democratic opponent in the general election on Nov. 8.

"President Trump and his allies drove a pressure campaign based on lies, and these lies led to threats that put state and local officials and their families at risk," a committee aide told reporters on a conference call on Monday, speaking on condition of anonymity to preview the hearing.

Trump has repeatedly denied wrongdoing, while reiterating false accusations that he lost the election only because of widespread fraud that benefited Biden. Trump and his supporters - including many Republican members of Congress - dismiss the Jan. 6 panel as a political witch hunt, but its backers say it is a necessary probe into a violent threat against democracy.

Different members of the select committee have led questioning in each of the hearings to date. Democratic Representative Adam Schiff will take that role on Tuesday.

Schiff said on CNN's "State of the Union" show on Sunday that the House panel would present evidence Trump was involved in the failed bid to submit slates of fake electors.

Evidence against Trump could potentially be crucial in an ongoing criminal investigation by the Department of Justice into the alleged fake elector plot.

The committee has scheduled a second hearing this week. That session, on Thursday, will focus on Trump's efforts to assemble a team at the Justice Department to promote his false voter fraud claims, the committee aide said.

It had been scheduled for June 15 but was postponed. The committee did not provide a reason for the change.