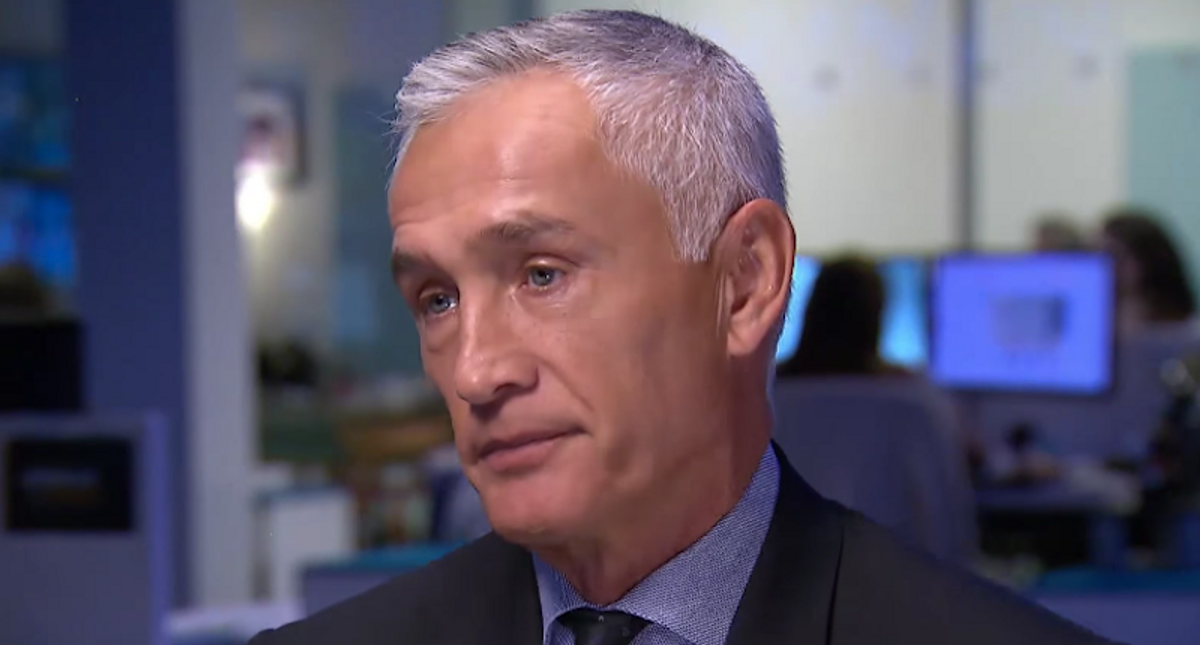 Univision's Jorge Ramos has been one of President Donald Trump's most outspoken critics in Spanish-language media, and a passionate debate occurred when Ramos featured Republican strategist Adolfo Franco on the Sunday-morning program "Al Día" following the storming of the U.S. Capitol Building on January 6.

Ramos, during their heated exchange en español, made it clear that he blames Trump for the attack on the U.S. Capitol Building — which was invaded by a violent mob of far-right extremists who were hoping to prevent Congress from certifying President-elect Joe Biden's electoral college victory. But Franco, who has been an aggressive defender of Trump, disagrees. And when he appeared on "Al Día," Franco condemned the attack on the Capitol Building, but claimed that Trump was in no way responsible for it.

Franco engaged in "whataboutism," saying that for "months and months," rioters and looters ravaged U.S. cities in 2020 and weren't condemned by prominent Democrats — and he made the claim that House Speaker Nancy Pelosi and other prominent Democrats believed that looting is not a form of violence, but a form of political protest. Pelosi, however, never said such a thing. And Ramos pushed back on Franco's claims forcefully, stressing that Trump did everything he could to inflame the angry mobs that showed up in Washington D.C. on January 6 — and that there was absolutely no evidence of widespread voter fraud in 2020's presidential election as Trump claimed.

Ramos has been a persistent Trump critic since 2015, when Trump's security threw him out of a press conference in Iowa. The 62-year-old Univision anchor, who is originally from Mexico City but now lives in Miami, has often accused Trump of racism — and following the 2020 presidential election, Ramos repeatedly pushed back against Trump's false claims of widespread voter fraud.

On January 11, Ramos tweeted, in Spanish, that when a president lies, incites violence or attacks democracy, it is the obligation of journalists to denounce it immediately:

Franco, a frequent guest on "Al Día," has clashed with other Trump critics on Spanish-language media — including CNN pundit and GOP strategist Ana Navarro, a native of Nicaragua and Never Trump conservative.