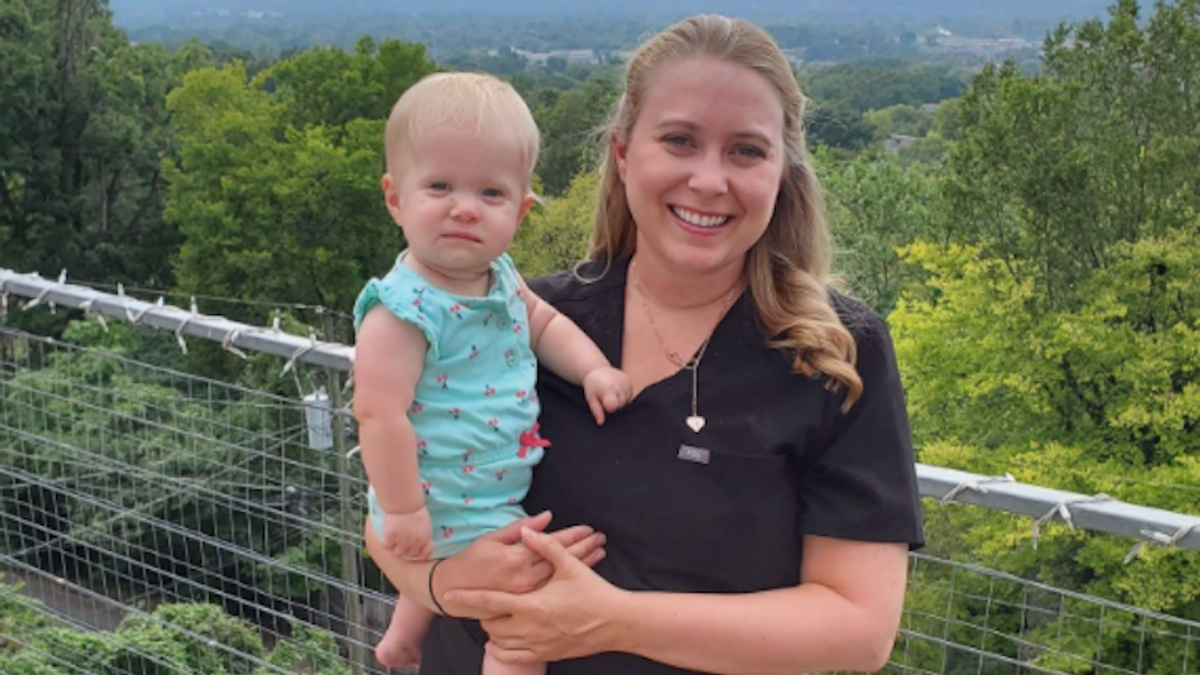 An Alabama doctor has revealed heartbreaking details about her recent conversations with patients dying from COVID-19, amid a surge in cases caused by the Delta variant in the state with the lowest vaccination rate in the nation.

"I'm admitting young healthy people to the hospital with very serious COVID," Dr. Brytney Cobia wrote in a Facebook post on Sunday. "One of the last things they do before they're intubated is beg me for the vaccine. I hold their hand and tell them that I'm sorry, but it's too late.

"A few days later when I call time of death, I hug their family members and I tell them the best way to honor their loved one is to go get vaccinated and encourage everyone they know to do the same," Cobia added. "They cry. And they tell me they didn't know. They thought it was a hoax. They thought it was political. They thought because they had a certain blood type or a certain skin color they wouldn't get as sick. They thought it was 'just the flu'. But they were wrong. And they wish they could go back. But they can't. So they thank me and they go get the vaccine. And I go back to my office, write their death note, and say a small prayer that this loss will save more lives."

Cobia said all but one of her current patients did not receive the vaccine, with the one who received it expected to recover. AL.com reports that Cobia and other doctors "worked themselves to the bone" in the early part of the pandemic, when the vaccine wasn't available during a period she described as "tragedy after tragedy after tragedy."

"You know, so many people that did all the right things, and yet still came in, and were critically ill and died," Cobia said, adding that "it's different mentally and emotionally to care for someone who could have prevented their disease but chose not to."

"You kind of go into it thinking, 'Okay, I'm not going to feel bad for this person, because they make their own choice,'" Cobia said. "But then you actually see them, you see them face to face, and it really changes your whole perspective, because they're still just a person that thinks that they made the best decision that they could with the information that they have, and all the misinformation that's out there. And now all you really see is their fear and their regret. And even though I may walk into the room thinking, 'Okay, this is your fault, you did this to yourself,' when I leave the room, I just see a person that's really suffering, and that is so regretful for the choice that they made."

She compared the current surge to October and November, just before Alabama's experienced its December peak and she was "signing 10 death certificates a day." She added that she fears "impending doom" as children go back to school with 70 percent of Alabama's population unvaccinated.

Cobia herself contracted COVID-19 last July despite taking every precaution, but experienced only mild symptoms. She got vaccinated as soon as possible, even though she was breastfeeding at the time, after consulting with her primary doctor and her OBGYN.

"I try to be very non-judgmental when I'm getting a new COVID patient that's unvaccinated, but I really just started asking them, 'Why haven't you gotten the vaccine?' And I'll just ask it point blank, in the least judgmental way possible," Cobia said. "And most of them, they're very honest, they give me answers. 'I talked to this person, I saw this thing on Facebook, I got this email, I saw this on the news,' you know, these are all the reasons that I didn't get vaccinated. And the one question that I always ask them is, did you make an appointment with your primary care doctor and ask them for their opinion on whether or not you should receive the vaccine? And so far, nobody has answered yes to that question."