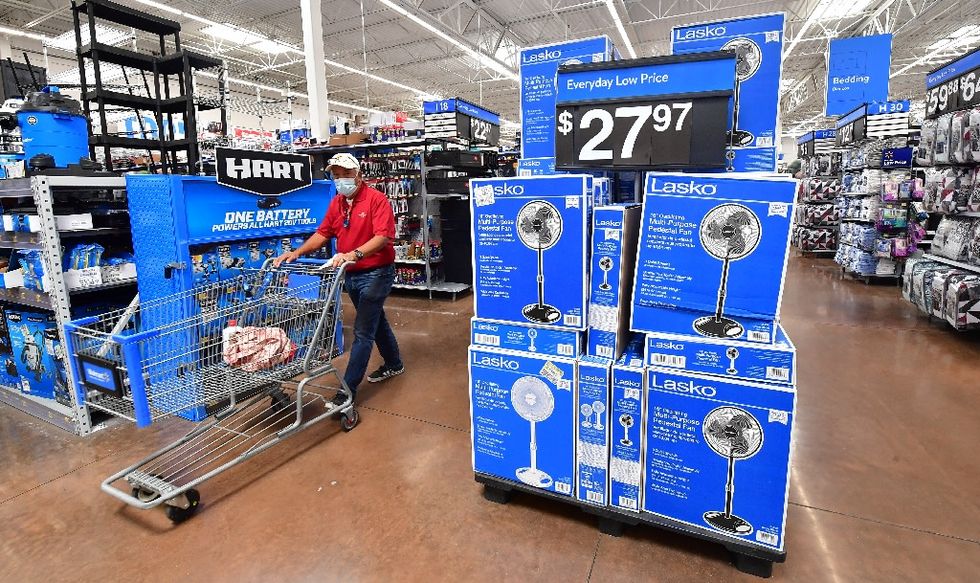 The US economy contracted in the first three months of 2022, but the data indicated consumer spending remained healthy (AFP)

Washington (AFP) - The US economy shrank in the first quarter of 2022 as the Omicron variant of the coronavirus hampered activity and companies bought more foreign products to rebuild depleted inventories, in the latest complication for a country already struggling with record inflation.

Analysts however downplayed the likelihood that a recession was coming, noting that the Commerce Department data released Thursday showed consumers and businesses stepping up spending in the first three months of the year -- both indicators of economic health.

The 1.4 percent decline in GDP was nonetheless unwelcome news for President Joe Biden, who has struggled to convince Americans that he can be trusted to preside over the world's largest economy.

In a statement following the data's release, Biden said, "The American economy -- powered by working families -- continues to be resilient in the face of historic challenges," and added that the data "was affected by technical factors."

After the economy expanded 6.9 percent in the final quarter of 2021, forecasters were bracing for weak growth in the first three months of this year as the country dealt with a renewed wave of Covid-19 cases and government aid programs lapsed.

The contraction was worse than expected and the first since the months of 2020 when the pandemic was at its worse, but Lydia Boussour of Oxford Economics said the data "isn't as worrisome as it looks."

"Beneath the weak headline print, the details of the report point to an economy with solid underlying strength and that demonstrated resilience in the face of Omicron, lingering supply constraints and high inflation," she said in an analysis.

After mass layoffs and a record economic collapse after Covid-19 broke out in 2020, the United States has recovered strongly, with the unemployment rate almost back to where it was before the pandemic and GDP expanding 5.7 percent over the course of last year.

But it has been buffeted by external and internal shocks that have fueled a wave of inflation not seen since the 1980s.

These include global supply chain snarls and shortages of components like semiconductors, successive waves of Covid-19, Russia's invasion of Ukraine and its disruptions to prices for fuel and other commodities, and pandemic lockdowns in China that complicated trade.

The Commerce Department said the decrease in GDP was the result of less private inventory investment and exports, as well as a jump in imports.

Also contributing to the decrease was the spread of the Omicron variant and the expiration in the first quarter of aid programs approved under the American Rescue Plan bill last year, which Biden mounted an unsuccessful effort to extend.

The Fed is coming

However, consumer spending picked up by 2.7 percent while business spending rose 7.3 percent, both increases from the prior quarter, the data said.

Ian Shepherdson of Pantheon Macroeconomics said last quarter's shortfall was partially a result of companies importing more to stock their shelves and keep factories running, and growth could rebound in the second quarter of 2022.

"The economy is not falling into recession. Net trade has been hammered by a surge in imports, especially of consumer goods, as wholesalers and retailers have sought to rebuild inventory," he wrote in an analysis.

The economy is now bracing for the Federal Reserve to make its next move to fight inflation next week, likely by increasing interest rates by a half-percentage point -- twice as much as when it last month made its first hike since the pandemic began.

"For policymakers, more than the overall decline, a positive trend in consumer spending and business investment will be important and will keep the Fed on track to continue to normalize policy over coming months," she said in a note.