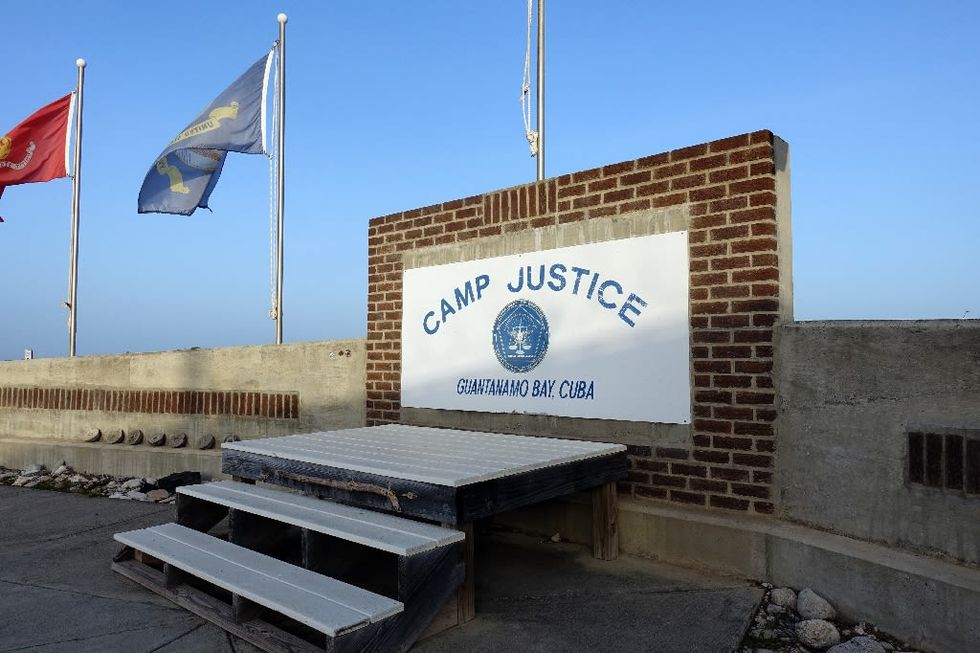 This photo screened by US military officials shows a sign for Camp Justice in Guantanamo Bay Naval Base, Cuba, created after the September 2001 attacks

Washington (AFP) - American authorities have recommended releasing a mentally ill inmate from Guantanamo Bay and repatriating him to Saudi Arabia, according to a government document published Friday.

Suspected of being Al Qaeda's intended 20th hijacker for the September 11, 2001 attacks against the United States, Mohammed al-Qahtani was tortured by interrogators at the US military base in Cuba where he has been detained for nearly two decades.

The government dropped its case against him in 2008 due to the abuse he experienced at the prison.

The detention of  al-Qahtani is "no longer necessary to protect against a continuing significant threat to the security of the United States," the Periodic Review Board, a panel composed of several US national security agencies, said in a summary of its decision.

In its final determination dated February 4, the board said al-Qahtani was "eligible for transfer" and recommended that he be repatriated to Saudi Arabia where he could receive comprehensive mental health care and be enrolled in a rehabilitation center for extremists.

Security measures, including surveillance and travel restrictions, were also recommended.

Al-Qahtani was one of the first prisoners sent to Guantanamo in January 2002.

He had flown to Orlando, Florida on August 4, 2001, but was denied entry to the country and sent back to Dubai.

He was eventually captured in Afghanistan in December 2001.

His torture at the prison was widely documented and spurred on international human rights groups' calls for the site to be shut down. He was subjected to prolonged isolation, sleep deprivation, sexual humiliation and other abuses.

"We tortured Qahtani," Susan Crawford, a top judicial official in the Bush administration said in 2009, according to a Washington Post article.

In January, the United States approved the release of five of the remaining 39 men still at Guantanamo.

Ten others, including the alleged mastermind of the September 11 attacks, Khalid Sheikh Mohammed, known as "KSM", are awaiting trial by a military commission.

The detention center, run by the US Navy, was created after the 2001 attacks to house detainees in the US "war on terror" and has been called a site of "unparallelled notoriety" by UN rights experts.