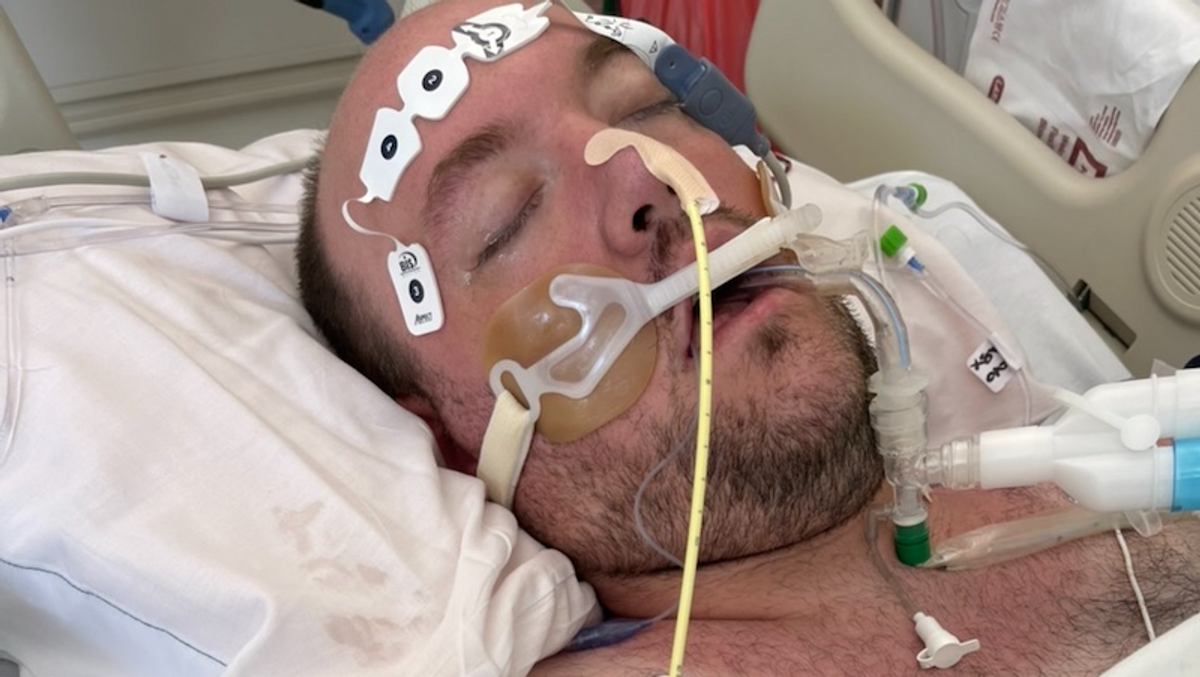 "That is a decision she said she will always regret," according to Las Vegas' Fox affiliate.

A tearful DuPreez told the station that during a recent vacation to San Diego, Freedy got a severe sunburn. After they got back, he went to the emergency room with nausea and chills, thinking he might have sun poisoning, but he tested positive for COVID.

Freedy was sent home and told to isolate. A few days later, he woke up in the middle of the night, unable to breathe or walk.

He was admitted to the hospital with double pneumonia, and later placed on a ventilator.

"I just kept telling him you're going to get through this, you've got to come home to us," DuPreez said of their last conversation. "I was like please keep fighting, don't give. He was like, I'm trying to fight, but they're going to intubate me and put me under."

Freedy also texted DuPreez saying, "I should have gotten the damn vaccine."

In an online fundraiser for the family, she added: "The love of my life, my rock, my everything. The father to my babies, is no longer with us. I don't know what to do."