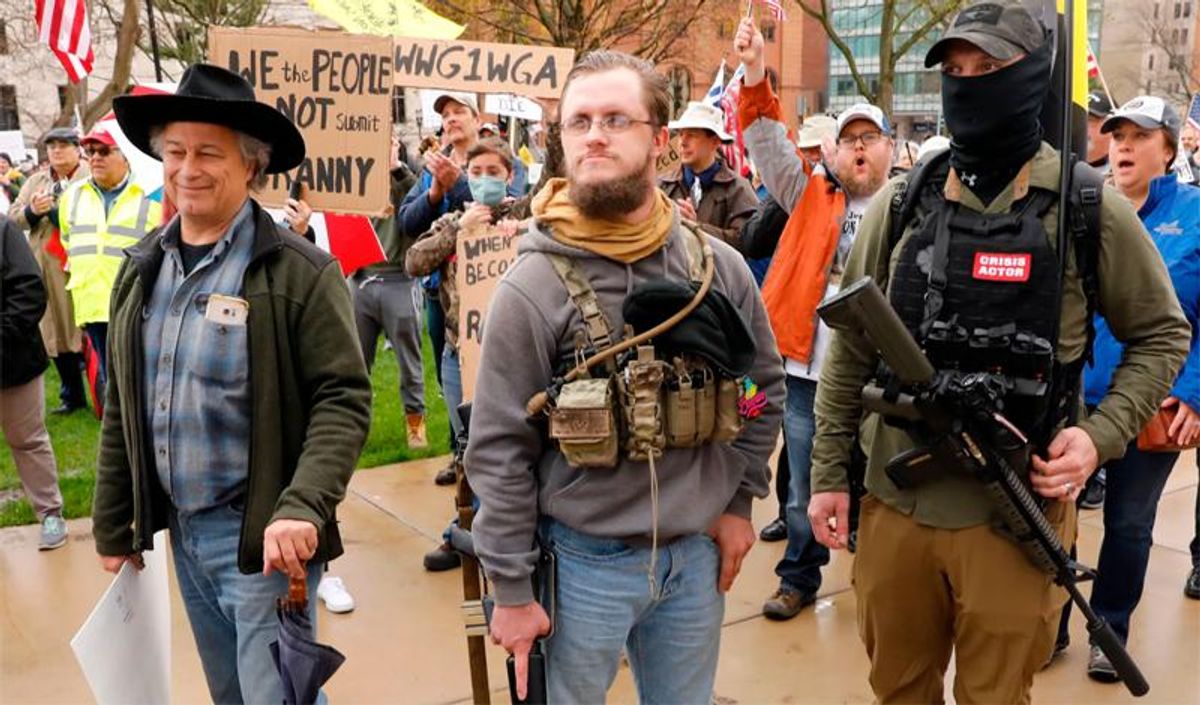 As Rebecca Falconer of Axios writes, "The poor showings demonstrate how the white supremacist movement has been driven underground in the face of media and police scrutiny since the Jan. 6 U.S. Capitol insurrection, with extremists using encryption services to arrange the rallies," adding, "Evidence emerged in the weeks after the U.S. Capitol riots that the subsequent online purge of far-right figures and platforms had driven radicalized users into darker corners of the internet."

According to Brian Levin, director of the Center for the Study of Hate & Extremism, divisions among the groups have led to a splintering, with Levin warning the risk now is from, "loners and cells, who act on their own combination of hatreds and idiosyncrasies often cobbled together from a constant all-you-can-eat buffet of stereotyping and conspiracies that still populate online discourse."

This falls in line with a report from the Daily Beast in February that stated members of rightwing groups, including the Proud Boys, are at each others' throat over fears that some members have become informants for the FBI, with the report stating, "Now racist live-streamers are accusing their former comrades of attempting to turn over followers to law enforcement, while Proud Boys chapters are splintering from the national organization over similar fears."