Who's who on Blue Origin's first crewed flight 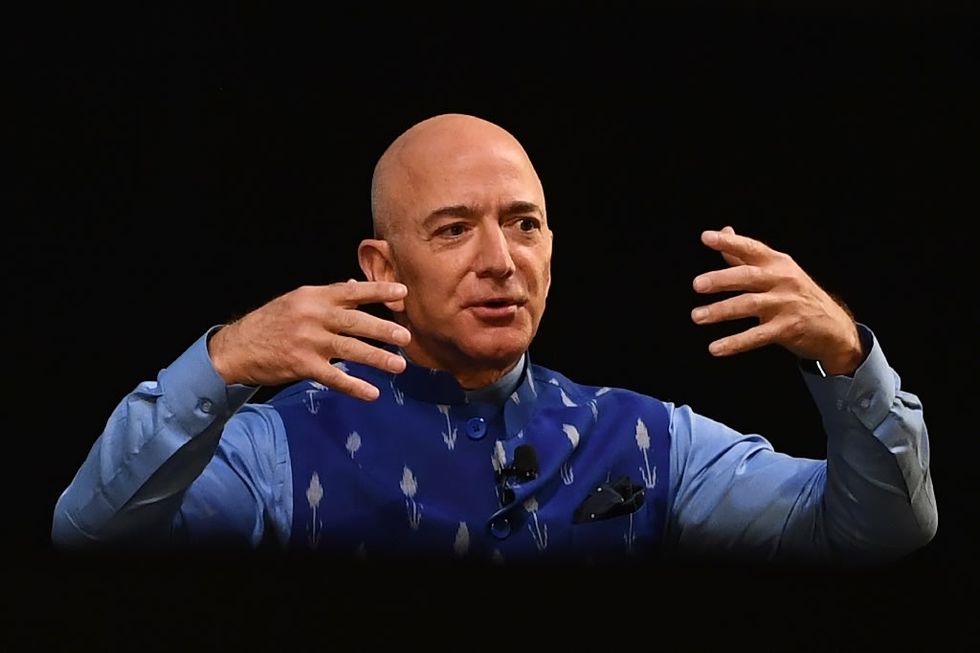 Jeff Bezos, 57, will leave behind the planet where he made his vast fortune for a few minutes on a spaceship built by the company he founded in 2000, when he was still merely a single-digit billionaire

He is a brief look at the quartet of soon-to-be astronauts.

Jeff Bezos, 57, will leave behind the planet where he made his vast fortune for a few minutes on a spaceship built by the company he founded in 2000, when he was still merely a single-digit billionaire.

Six years before that, he started a small online bookstore called Amazon.com out of his garage. Bezos' net worth is today estimated at more than $200 billion.

Jeff Bezos has invited along his brother Mark, a financier who directs the Bezos Family Foundation and works as a volunteer firefighter.

The pair are best friends, and Jeff shared the moment he surprised his sibling, six years his junior, by asking him to join the mission in a video that went viral on Instagram last month.

At 82, barrier-breaking woman aviator Wally Funk is about to become the oldest ever astronaut, fulfilling a lifelong dream that was thwarted by the sexism of the early space era.

Funk, who took her first flying lesson aged nine, excelled in the Mercury 13 project which was intended to train women for space using the same standards as male astronauts, but the program was eventually nixed.

She nevertheless had an accomplished career in aviation, becoming the first female air safety investigator for the National Transportation Safety Board, and serving as chief pilot in several flight schools.

Oliver Daemen, 18, is set to become the youngest astronaut. He holds a private pilot's license and is a space enthusiast who will study physics in university this fall.

The Dutch teen is flying in place of the still anonymous winner of a $28 million public auction, who asked to pass this time because of "scheduling conflicts," and will go on a later trip.

Daemen's ticket was paid for by his father, the CEO of a private equity firm, CNBC reported.