Why so many Trump supporters crave apocalyptic bloodshed 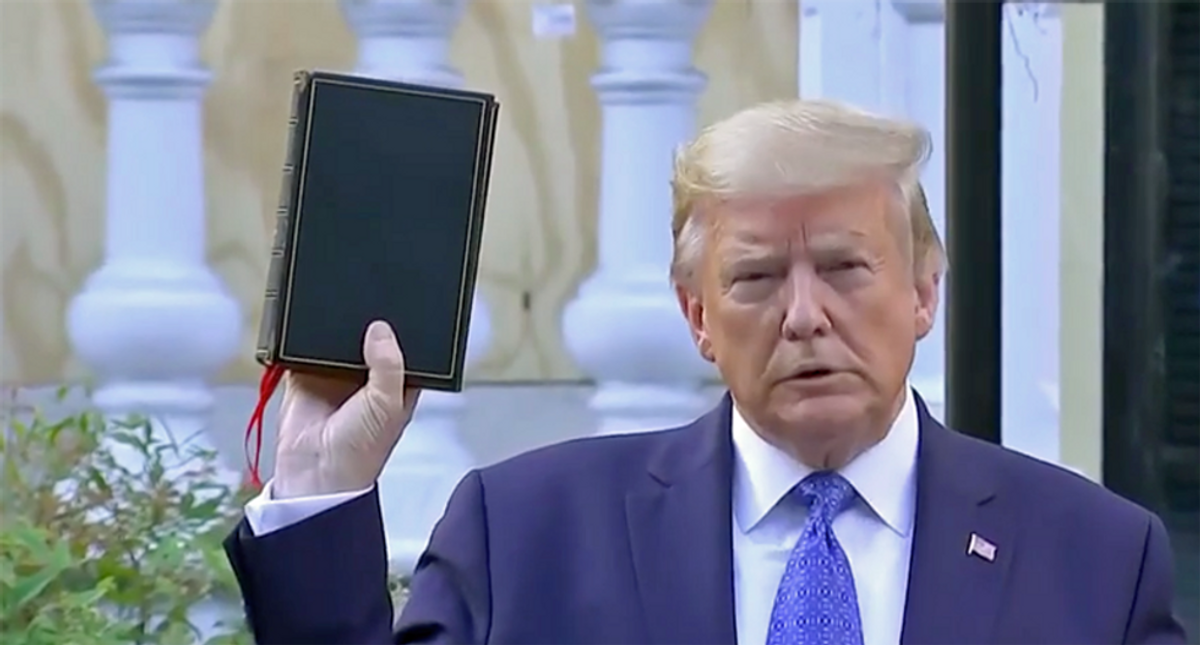 Donie O'Sullivan is a reporter for CNN. His beat appears to be American conspiracy theories. He was on Anderson Cooper's show last night with reporting on a QAnon conference last weekend during which former Donald Trump adviser and pardoned traitor Michael Flynn said a Myanmar-style military coup "should happen" in America.

That some people in this country long for purifying violence to "reinstate" Donald Trump to his "rightful place" is not what got my attention, though. What did was Donie O'Sullivan's editorial remark at the end of his report. This is what he said:

I spend a lot of time reading these pro-Trump forums, reading these QAnon forums online, and speaking to Trump supporters, and I will say of all the conspiracy theories we hear, this talk from Americans about a coup, cheering a coup, and hoping for a coup, in the United States is one of the most chilling things I hear.

Before I go on, I should say O'Sullivan appears to be an immigrant. (I think he's Irish, given his accent.) As such, I don't expect him to be as attuned to American political culture as I'd expect a native-born American to be. Indeed, as a non-native, I'd expect him to be more attuned to the American civic religion than native-born Americans generally are, because fealty to the civic religion is so often demanded of immigrants.

This civic religion believes military coups and their consequent dictatorships cannot happen in the United States. Ordinary Americans do not want them, moreover, because it would be against their civic religion. You can't quite tell from the written version of his remark, but when you watch the clip, you can hear O'Sullivan put a little more stress on "American" when he says he's chilled to hear Americans, of all people on this earth, talking "about a coup, cheering a coup, and hoping for a coup, in the United States." Implicit point: this is what Trump has done to the globe's oldest democracy.

I suspect some of O'Sullivan's remark was showmanship. (He does work for CNN, after all.) But I think some of it, maybe most of it, reflects the conventional wisdom in Washington—that it's shocking to hear Americans talk this way. It's not shocking, though. It's familiar and quite normal when you know where to look. Fact is, lots of Americans believe they are God's chosen people. They believe the end of the world is coming, according to God's divine plan. They believe the US Constitution is a covenant with them only, and that a genocidal purge will preface Christ's return.

This is the End Times I'm talking about, a story about global events culminating in apocalyptic bloodshed that "reinstates" the King of Kings to his rightful place. It's a story millions of Americans tell themselves and their children. It's a story in which the messy and hard-to-understand world around us is no such thing. Instead, it is polarized as conflict between God's friends and God's enemies. The only difficulty is decoding the signs and symbols God lays out. Reality isn't real. Reality is a sinful illusion. What's real is the trail of secrets leading the chosen safely to The End. Argument, language, reasoning—they don't matter. Only they can know The Truth.

The conventional wisdom in Washington is that religion is off-limits. Therefore, the conventional wisdom in Washington does not see, because it will not see, that tens of millions of Americans already believe democracy is getting in the way of God's plan, that democracy is—and I mean this seriously—desecrating the sacredness of the US Constitution. As one critic put it, the Venn diagram showing the overlap of QAnon believers and white evangelical Protestants (and related groups) is actually a circle. When you stand with God against His enemies, you have God's permission to hate.

That's their religion. No, it's not a cult. It's more than that. It's deeper than that. The hate felt by the former president's supporters during four years' worth of political rallies is the same hate for America as it stands, not as they desire it to stand, that right-wing religious radicals have felt since post-Civil War America. That's when Charles Darwin's theories and what they determined about humanity's place in God's divine scheme first gained traction in the United States. Every single intellectual development—from evolution then to Critical Race Theory now—has been met with such hate. I don't understand why the conventional wisdom looks away from history.

Because it's easier, I guess. It's easier to maintain the myth of the civic religion; to be shocked by Americans talking about a military coup; to blame the former president for imperiling the world's oldest democracy. It's easier to respect religion without scrutinizing it too much, and risk discovering it's steeped in hate, which might force the conventional wisdom in Washington to take responsibility. On this one-year anniversary since Trump gassed Americans out of the way for a photo-op of him holding a Bible in front of a church, we need the truth. And that's never been easy.