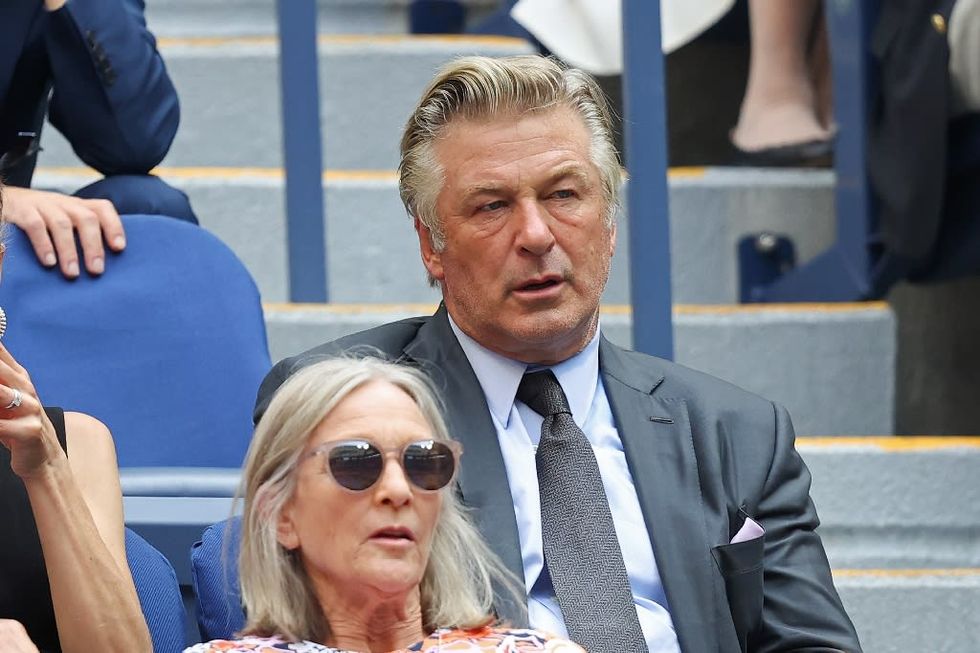 Alec Baldwin is co-producer on 'Rust', a 19th century western about the bond between a grandfather and his grandson after the boy is convicted of murder

The incident happened on a set in New Mexico, where Baldwin is playing the lead in a 19th-century western.

"Two individuals were shot during filming of a scene on the set of the movie western 'Rust'," the sheriff in Santa Fe said in a statement.

"One shooting victim, a 42-year-old female... has succumbed to her injuries."

The sheriff's office said the incident involved a gun that was being used as a prop.

"According to investigators it appears that the scene being filmed involved the use of a prop firearm when it was discharged.

"Detectives are investigating how and what type of projectile was discharged."

Trade title Deadline cited a source saying "a principal castmember" had cocked the gun during rehersals, unaware that it contained live rounds.

It did not specify who the castmember was, and AFP was not able to confirm the report.

"This incident remains an active investigation," the sheriff said.

The dead woman, who was 42 years old, had been airlifted to the University of New Mexico Hospital.

The second person, a 42-year-old man, was taken by ambulance to a different hospital where he was said to be receiving emergency care.

Film sets usually have stringent rules over the use of prop weapons, but accidents have happened.

Most famously, Brandon Lee, the son of martial arts legend Bruce Lee, died during filming of "The Crow" after being shot by a gun that was supposed to fire blanks.

Baldwin co-produces, and stars as Harland Rust, an outlaw whose grandson is convicted of murder, and who goes on the run with him when the boy is sentenced to hang for the crime.

The 63-year-old posted a photograph earlier Thursday on Instagram showing him apparently on set, dressed in a period costume and with fake blood on his shirt.

"Back to in-person at the office. Blimey... it's exhausting," he captioned the picture, which went online several hours before the incident.

Baldwin has been on television and in films since the 1980s.

As well as a number of high profile movie roles, including in "The Hunt for Red October" and two iterations of the "Mission: Impossible" franchise, Baldwin has voiced animated characters in hits like "The Boss Baby".

He garnered new fans with his long-running portrayal of Donald Trump on "Saturday Night Live", a character that irritated the former president, but won Baldwin a Primetime Emmy.

New Mexico is a favourite location for Hollywood producers.