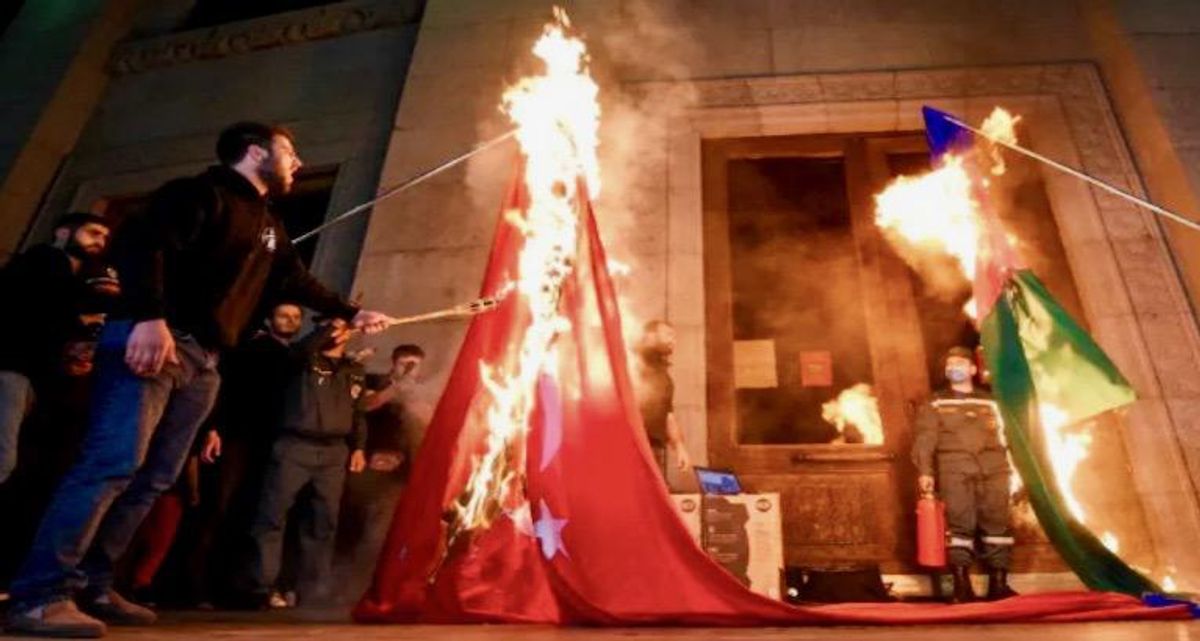 Thousands of Armenians marched Friday in Yerevan to commemorate WWI-era mass killings of their kin by Ottoman forces, the bloodletting which US President Joe Biden is reportedly set to recognize as genocide.

The annual torch-lit march was held on the eve the 106th anniversary of the massacres in which -- Armenians say -- up to 1.5 million ethnic Armenians were killed during World War I as the Ottoman Empire collapsed.

Armenians have long sought to have the killings internationally recognized as genocide -- with the support of many other countries, but fiercely rejected by Turkey.

On Friday evening, some 10,000 people marched from Yerevan's Freedom Square to a hilltop genocide memorial that overlooks the capital, holding torches, and some singing patriotic songs or beating the drums.

Activists of the nationalist Dashnaktsutyun party -- which led the march -- burned Turkish and Azerbaijani flags.

The New York Times and Wall Street Journal have reported that Biden is to announce the genocide designation on Saturday -- a move which would further inflame Washington's tensions with NATO ally Turkey.

"If Biden recognizes the genocide, that will be a huge moral support for our people," march participant and unemployed 46-year-old Hasmik Martirosyan told AFP.

"I hope that other nations will then find the courage to follow the great country's suit."

Turkey denies the killings' genocidal nature, arguing that 300,000 to 500,000 Armenians and at least as many Turks died in civil strife when Armenians rose up against their Ottoman rulers and sided with invading Russian troops.

Yerevan has long demanded from Ankara the financial compensation and restoration of property rights for the descendants of those killed in the 1915-1918 massacres, which Armenians call Meds Yeghern -- the Great Crime.

Last year, Turkey backed neighbor and ally Azerbaijan in its war with Armenia over the disputed Nagorno-Karabakh region.

Ankara's arms supplies helped Azerbaijan's army win a decisive victory in the six-week war and under a Russia-brokered truce -- which was seen in Armenia as a national humiliation -- Yerevan ceded to Baku swathes of territories it had controlled for decades.