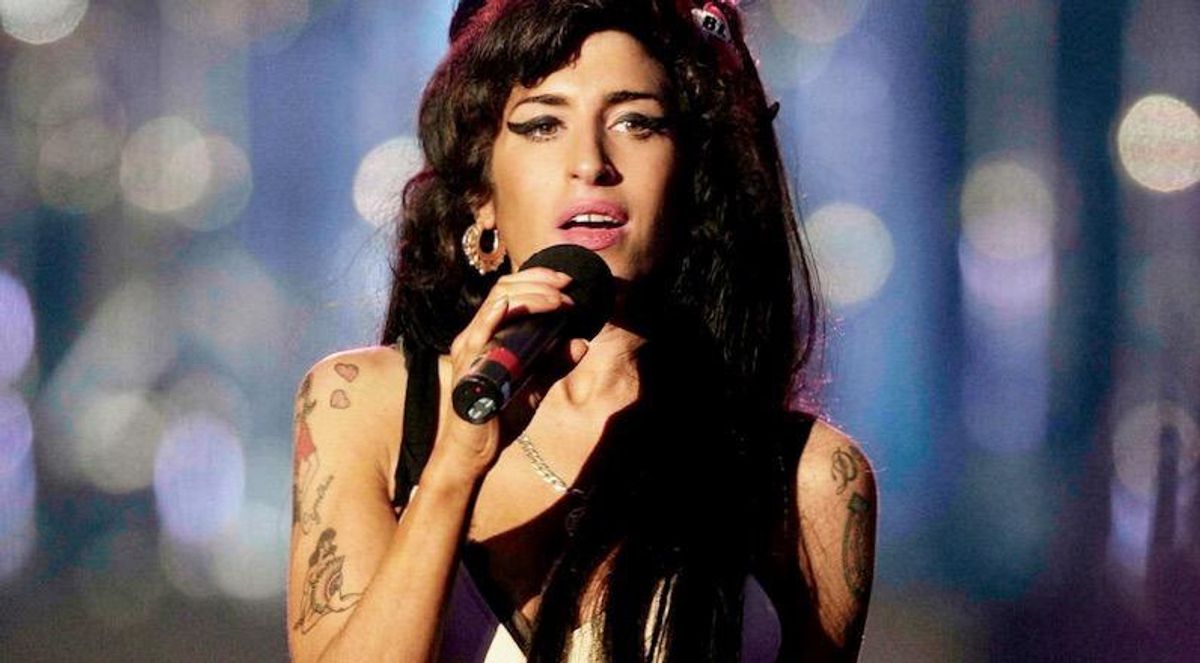 Amy Winehouse may still be best known for her line: "They tried to make me go to rehab. But I said no, no, no."

But 10 years after the British singer's death at 27, her family and friends say it is time to stop defining her by her well-documented struggles with addiction and destructive relationships.

Winehouse's parents have cooperated with a BBC documentary to air on the anniversary of her death on Friday, which her father Mitchell, known as Mitch, says gives a "more rounded image of Amy".

The singer put her own experiences into original songs, such as "Back to Black" and "Rehab", infused with jazz and soul influences and developed a distinctive personal style with a towering beehive hairdo and tattoos.

But her performances grew more erratic due to drug and alcohol use while tabloids published stories calling her "Amy Decline-house" or "wino".

Narrated by her mother Janis Winehouse-Collins and titled "Reclaiming Amy", the documentary to air on BBC2 features interviews with long-standing friends, including one, Catriona Gourley, who reveals she had a romantic relationship with Winehouse.

"You think you know my daughter -- the drugs, the addiction, the destructive relationships -- but there was so much more," her mother says in the voiceover.

The documentary also seeks to counter accusations that her family relished her success and did not do enough to help her overcome addiction.

'You killed your daughter' -

This was the main thrust of "Amy", an Oscar-winning British documentary from 2015, which was particularly damning about Mitch and Winehouse's ex-husband Blake Fielder-Civil.

"I still get it now: 'You were complicit in your daughter's death, you killed your daughter'," her father says in the documentary.

Winehouse's friend Gourley told BBC Radio 4, the reality was different: "Janis and Mitch were there, all the time," she insisted, listing "the countless times she (Amy) was taken to rehab facilities or there was an intervention".

Gourley also suggested that with today's greater awareness of mental health issues and addiction, Winehouse would not face such mockery in tabloids and gossip magazines.

"The language... that was used about her at the time. I just don't think people would get away with it, especially when it came to her mental health".

NME music magazine called the documentary "touching if defensive", saying it was a "sweet tribute to a daughter, friend and mercurial talent".

But The Financial Times was more sceptical, writing that Winehouse's parents and especially "lime-light-loving father Mitch were front and centre in her career".

At one point in the documentary, Mitch smiles and is "seemingly oblivious" as he watches a clip in which Winehouse duets with him while "embarrassingly drunk", it adds.

Her messy private life apart, Winehouse was one of the "icons who changed popular music forever", NME wrote.

"Few tower as high as Amy Winehouse and her unmistakable beehive."

British singer Pete Doherty in an interview with BBC Radio 2 called her "someone like Billie Holiday or John Lennon, just someone who had it all".

Winehouse "looked the part" and "could perform live with scary aplomb" as well as being an "incredible songwriter", said the former Babyshambles singer.

"In a hundred years' time, in 200 years' time, kids are still going to be falling in love with Amy Winehouse."

Pianist Jools Holland, who often accompanied her, told BBC radio: that "it seemed to me that when she was performing she was most content".

"I don't think she would have wanted to be remembered as a tragic figure."