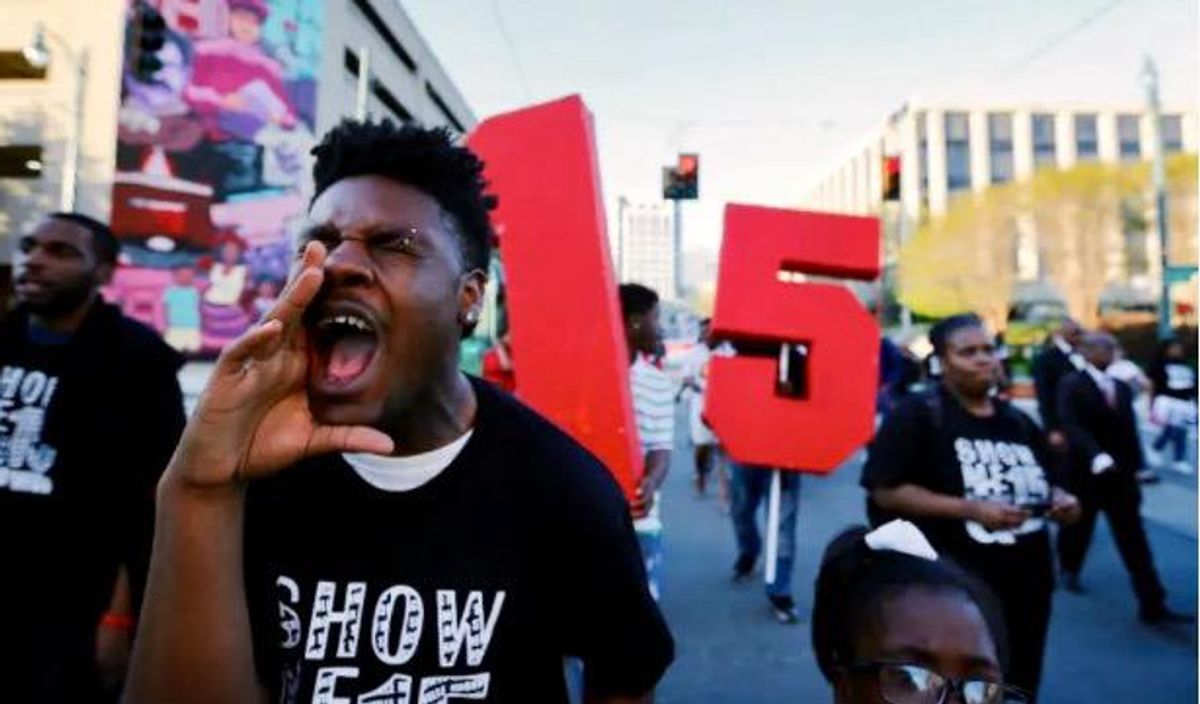 Raising the federal minimum wage to $15 an hour would deliver sizable benefits to low-wage workers and lift millions of people in the U.S. out of poverty while having little impact—positive or negative—on employment levels.

So says a new report assembled not by a progressive advocacy organization or a left-leaning think tank, but Wall Street titan Morgan Stanley, which found in a 75-page analysis that—contrary to the GOP's branding of the proposed $15-an-hour federal minimum wage as a job-killer—"the wealth of research points to no definitive conclusion on the impact higher wages have on employment."

"However," the report adds, "it is evident that the impact to employment... would be minimal, while the social benefits to lifting real wages of lower-income earners and millions out of poverty are substantial."

The big bank's analysis of the potential effects of more than doubling the national minimum wage comes after the Senate Democratic leadership stripped a $15 wage provision out of the newly passed coronavirus relief package, citing the unelected Senate parliamentarian's widely disputed advisory opinion that the proposed pay hike ran afoul of the chamber's reconciliation rules.

The bank's analysts argued that while its implications for growth, employment, and other broad economic metrics would likely be marginal, a $15 minimum wage would have a "major impact on a portion of the workforce... with a higher minimum wage lifting millions of workers out of poverty and reducing government expenditures on public assistance programs significantly."

In its conclusion that a $15 federal minimum wage would provide a major boost to workers currently struggling to survive on starvation-level wages, Morgan Stanley's report was in line with an analysis released earlier this week by the left-leaning Economic Policy Institute (EPI), which found that the pay hike would "raise the pay of essential and frontline workers" and "reduce the number of people living in poverty."

Implementing a $15 minimum wage by 2025 as proposed by the Raise the Wage Act would lift 3.7 million people in the U.S. out of poverty, according to EPI.

"Raising the minimum wage is a no-brainer," said David Cooper, a senior economic analyst at EPI.