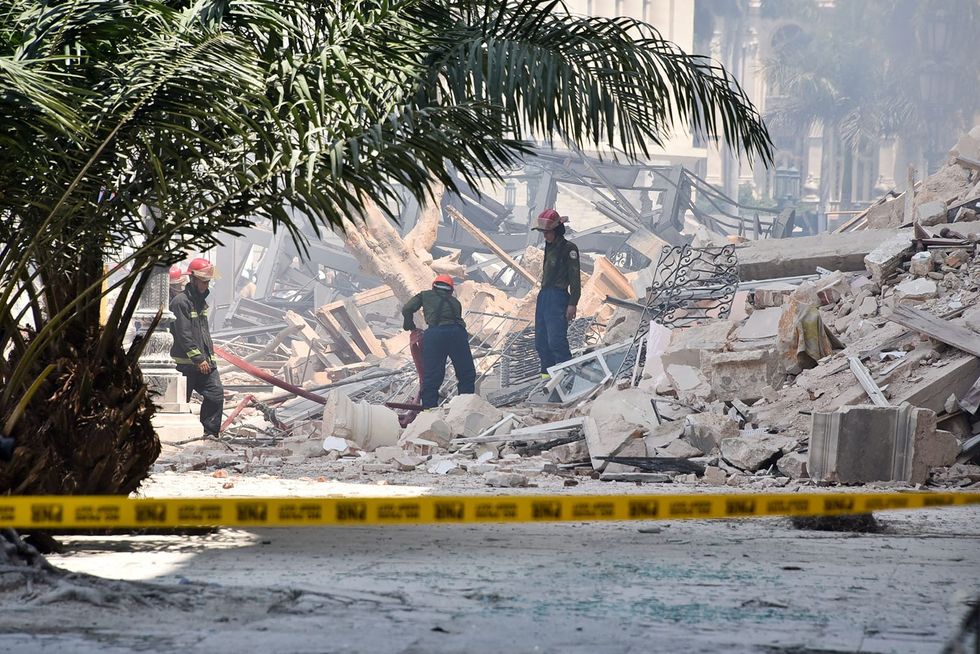 Rescuers work after an explosion in the Saratoga Hotel in Havana, on May 6, 2022. - Adalberto Roque/AFP/Getty Images North America/TNS

Eighteen people, including a child and a pregnant woman, were killed in a powerful explosion that destroyed much of the Hotel Saratoga, a luxury hotel in the historic center of Havana, and left several people injured, Cuban authorities said. The blast, which happened around 11 a.m., kicked up a plume of smoke and ash and shocked passing pedestrians in one of the busiest spots in the Cuban capital. The death toll, initially reported at four, increased as search and rescue efforts continued into the evening. In the afternoon, Cuban leader Miguel Díaz-Canel confirmed the deaths of nine people. By...