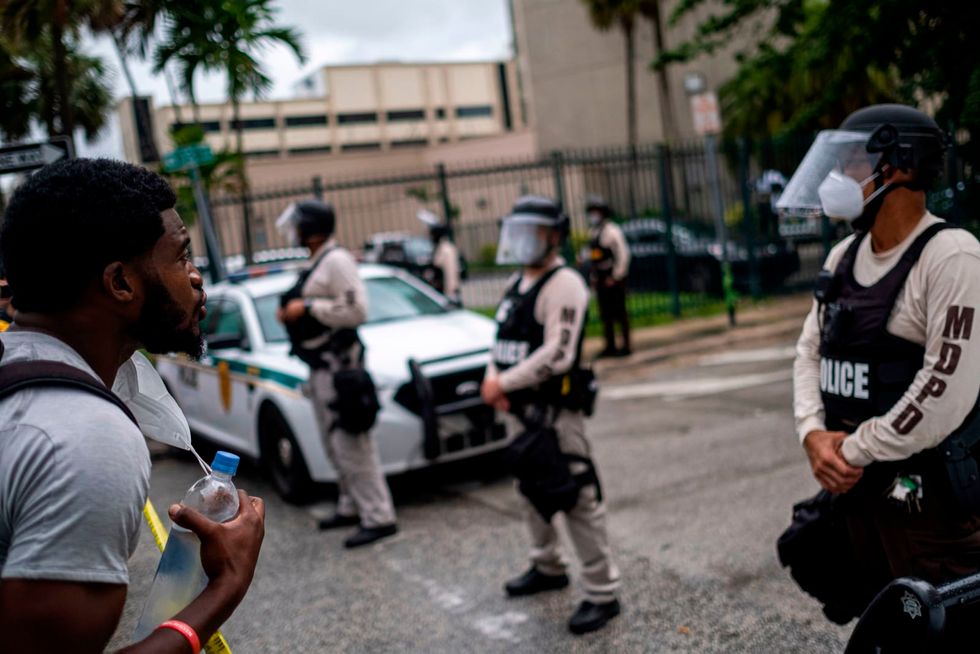 A protestor confronts a row of police officers during a rally in response to the recent death of George Floyd, in Miami on June 2, 2020. - RICARDO ARDUENGO/Getty Images North America/TNS

MIAMI — Of the 33 law enforcement officers in South Florida who lost their lives in the line of duty over the past two years, three were killed by gunfire, one died in a car crash and another lost his life to a work-related injury. The other 28 were felled by COVID-19. The deadly virus didn’t discriminate. It attacked law enforcement agencies from Miami to West Palm Beach. It killed corrections officers and federal Customs and Border Patrol agents. It took the life of a U.S. Alcohol, Tobacco, Firearms and Explosives officer in West Palm Beach. Statewide, there were at least 53 deaths in the ra...