"Opt-Out" still a fantasy peddled in the male-owned press 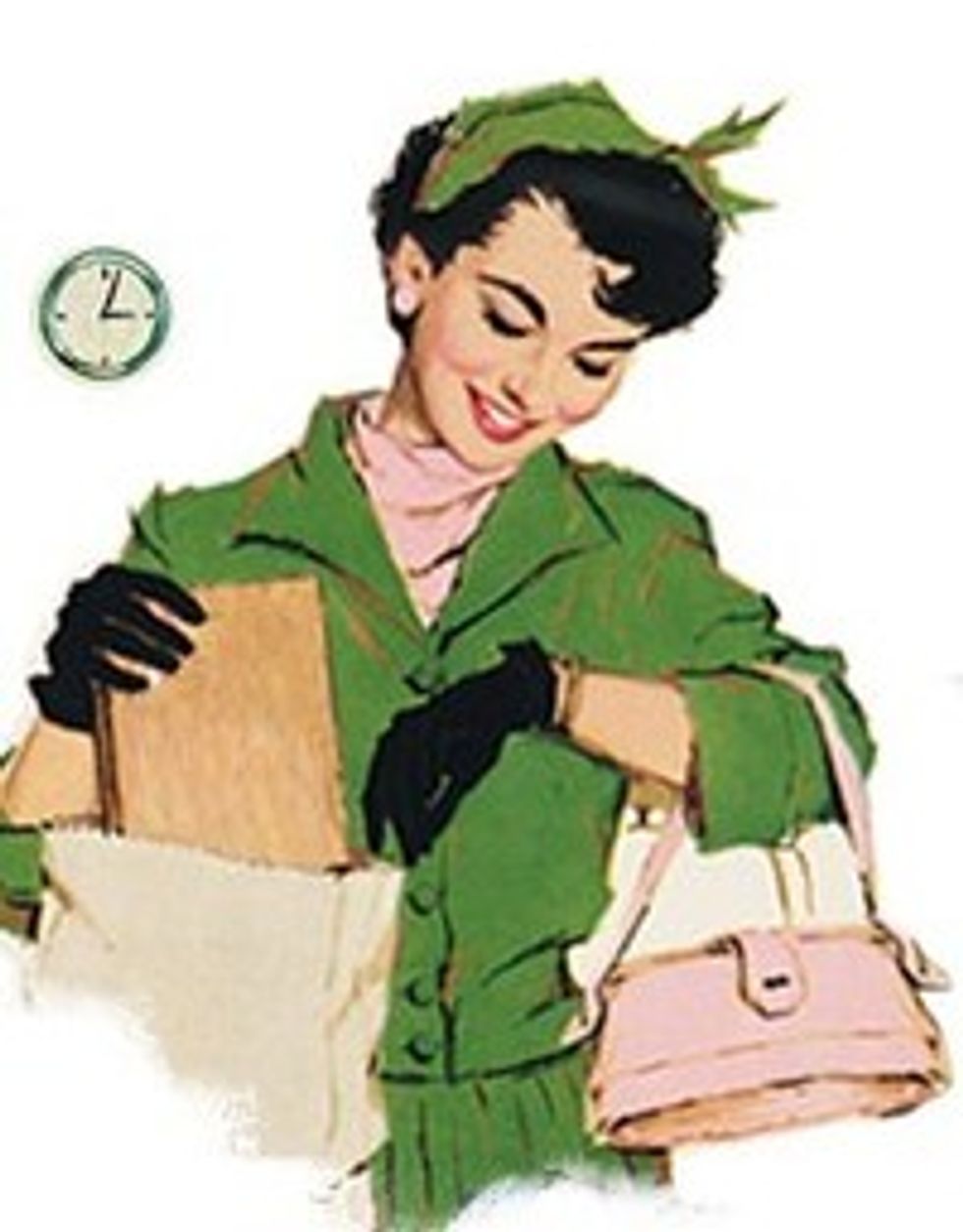 Mythago sent me an article from the WSJ that has almost the proper mournful tone in presenting the facts that the well-groomed, professional middle class of women are not actually giving it all up to be trophy wives in the numbers suggested by hopeful trend writers in the past few years. The widespread, yucky fantasy that women are largely rejecting the lessons learned from The Feminine Mystique has no basis in reality. I suggest the fantasy will persist despite the evidence against it; clearly, there's a lot of hope out there that it's true, and I find that extremely creepy. Don't the sort of men that hope to take competent professionals and turn them into dependent housewives small in number and giving off vibes of such creepiness that they're easy to avoid? I guess not.

The author, Rachel Emma Silverman, suggests that it's surprising that the numbers of women who return to work quickly after giving birth is surprising because anecdotal information swings the other way.

The study’s findings surprised me because they don’t gel with my personal experience. I have many well-educated, accomplished friends, all new moms, who have decided to stay at home with their kids rather than going back to their high-pressure jobs. In most cases, they have husbands who earn big bucks, are from places where the cost of living is low, or worked in high-stress jobs that they were never crazy about.

Often our own “anecdata” becomes more significant than large-scale studies in shaping our perceptions of what our peers are doing. Earlier this week, for example, I went to a playgroup near my home in Austin, Texas, and of the five moms there, all with babies under six months, I was the only one who was planning on returning to work. These moms were no slackers: One was a dentist, two were teachers and one had a high-powered marketing job. (To be sure, the only people who could attend a Monday, mid-day playgroup, were women who weren’t already working.)

Well, exactly---confirmation bias at work. The less than 8% seem more numerous than they are when you're out and about during working hours. Believe me; I see the housewives with small children in their swishy skirts and blow-dried hair all over the place with toddlers dashing around their feet or babies in strollers during the morning hours all the time. But for every one on that path, there are 9 in an office somewhere. Also, like I already implied, they stand out more than other people, because they always look so pulled together, well-dressed and made up. I don't understand it, since I rarely can pull my act together like that and I don't have diapers to change interfering with the process. I have reached the uncomfortable conclusion that many women well understand the importance of keeping up appearances for the man that you're financially dependent on, though I welcome alternate explanations.

Also, the phrase "new moms" is the key here---the study found that women did often take time off, but returned to work in a few months or a year after giving birth. Look around at the many housewives that supposedly provide evidence of this "opt-out" revolution. Look at their babies in strollers. You know, unable to walk. Isn't it weird how the "opt-outers" just seem to become housebound after the kids become a year old? Or an alternate and more likely explanation is that after a year of being at home, a lot of new moms say stuff it and go back to work. They weren't opting out after all.

I bet this holds true for a lot of the women that told Silverman they aren't going back to work. That's probably something that a lot of women believe initially. There's a lot of incentives and pressure there, from the incentive of throwing yourself into being a mother full time to the pressure from a husband who might take it as a sign that you're somewhat unsure of his love and commitment if you choose to remain financially independent after the child is born. But after awhile, those pressures change course and decisions change with them. I know that when I was a small kid, the plan for awhile was for my mom to stay home and raise us full time, and that didn't last that long, because she was going stir crazy. For a lot of men, I bet the romance of the dependent wife slowly gives way to the annoyances that come from cutting the household income significantly right as expenses go up. Boredom also creates the perfect rationalization---she's going back to work because she's bored, not because that career is financial protection.

I know that saying stuff like this is romance-puncturing and cynical. Part of my thought process is that I'm reading a book called Single State of the Union, and there's a couple of stories in there by divorced women talking about the self-esteem they got from learning to be self-sufficient after their marriages dissolved. Good stories, for sure, but a telling peek into how even in our more feminist era, a lot of straight relationships are constructed on female dependence in various ways, from economic dependence to knowledge dependence for situations like car or house repairs. The "opt-out revolution" services this fantasy of female dependence. Luckily, it's an illusion.