Single no problem no really 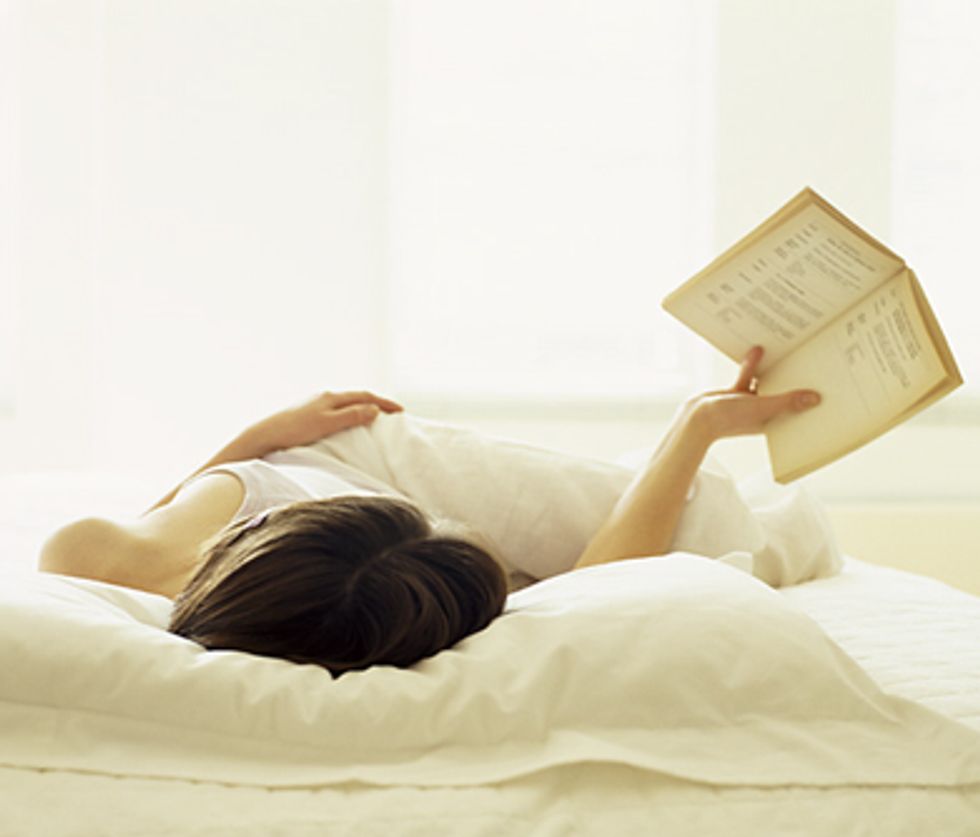 So last week I was helping with the Seal Press booth at the National Women's Studies Association conference in Cincinnati, so I took the opportunity to get some books that they put out that I've wanted to read but haven't gotten around to yet. One was a book I've been eyeballing for awhile, with equal parts enthusiasm and dread: Single State of the Union: Single Women Speak Out on Life, Love, and the Pursuit of Happiness, an anthology edited by Diane Mapes. I was eager, because I wanted to read single women talking about being single in honest ways, because right now 99.9% of pop culture references to single women carry the assumption that single women are primarily interested in not being single. And that's not been my experience of single life at all. On the other hand, I dreaded reading it because I feared that there would be a lot of New-Agey-love-your-broken-self-as-is stuff that doesn't go far enough in exposing myths, especially the wrong myth that being single equals being unhappy for women.

I shouldn't have worried. There were probably a couple of essays that crossed my nonsense line, but most of the pieces in here are refreshingly free of sentimentality. Most of the writers manage to tease out the complexities of enjoying your independent single life while also being open to combining your life with a partner's, if that comes along. A couple of the writers do think of themselves as way too dedicated to living alone to ever live with a partner, and a few pieces come from women who left their single days behind but still have fond memories. A few women haven't quite gotten to the point in your life where you really, truly get over the doormat tendencies around men that are bred into women from a young age, and while I flinched at some points as these women detailed out their mistakes in overplaying their hands with men they meet, I really appreciated the inclusion of that viewpoint. Because it is a part of single life, and for a lot of straight women, a tendency you have to overcome or men will keep making you unhappy. For myself personally, living completely and utterly alone for a year and a half was a critical part of my development into a woman with a genuine backbone of my very own, because it wasn't until I lived alone that I really did scrub the belief out that men had something to offer me that I didn't have to offer them, and that I have to be more compliant. For that reason, I especially enjoyed a couple of the essays from women who've left relationships to live by themselves and found out that it was a joy and a boost to the self-esteem to start handling parts of life that men handled in the past (everything from finances to house repairs) because of strict gender roles. I think men are easier to get along with the less you feel like you need them and the more you feel like you chose them freely, a point of view not that welcome in the mainstream media but well argued in a number of essays in this book.

What I loved was how many writers really articulated one of the central pleasures of living by yourself---the ability to just go about your business unobserved. It's far from the most important thing in the world, and I was happy to let go of that to have the benefits of living with someone that I really enjoy. But really, it's hard to describe it. Judy McGuirre talks about the ability to create your space how you like it, which is how I discovered I like blogging standing up in the kitchen. But it was M. Susan Wilson who describes this phenomenon perfectly---it's the ability to vacuum naked, to eat food straight from the bag while drinking wine straight from the bottle, the ability to sing loudly in the shower. I can do all these things now with my equally irreverent boyfriend, but no matter how cool your partner or roommates are, they're probably going to ask you why you do the weird shit you do, even if they don't judge you for it.

Which gets to the beauty of this book---it's not so much a "Rah-rah! Single!" as it is just a series of snapshots that creates a reality-based story about how life is just life. And there's advantages to living alone (and it is a period of your life that I think every woman should experience, because it really gives you the space not normally allotted to women for self-development), but advantages to living with someone under the right circumstances. The same women often have both in their lives at some point in time, so the media-concocted antagonism between single and married women is more than a little misleading. Everything's a trade-off, and in the single/coupled one, the trade-off is often between being lonely at times versus having someone up in your shit, sharing your bathroom.

So why so much fear and loathing of single women, the fear and loathing recorded throughout this book in complaints about people pushing marriage, friends discontinuing invitations to parties because they fear you'll come alone, and even my own internal weirdness over admitting that both single life and coupled life have things to recommend it, knowing that I should rate the latter as superior to the former in every way? As incomprehensible as it is to me, there seems to be a society-wide fear that if women don't need men to get by, we won't choose men. There are cases where this fear seems well-founded, especially when you're reading anti-choice rants by the insufferable little pricks of the world otherwise known as "college Republicans", who have a good reason to fear that without unplanned pregnancy to trap some woman into marriage, their odds go down significantly of getting married and having a permanent source of laundry and housework.

But for most of the population, these fears are overblown. This collection shows why---all women who've demonstrated that they don't need men to survive, but all but a few (most of the writers are straight) would happily set aside their single status if a happy relationship came along. Is the fear that women have higher standards when we're making choices freely? For the MRAs that run around complaining about "high maintenance" American women, with our demands that potential partners have a sense of fairness towards women and responsibility for themselves, certainly think so, that women need to be oppressed so that they personally can be assholes and still manage to secure partners. But they're a small minority, but many single women report getting hostility from a diverse population. Why are single women so scary?