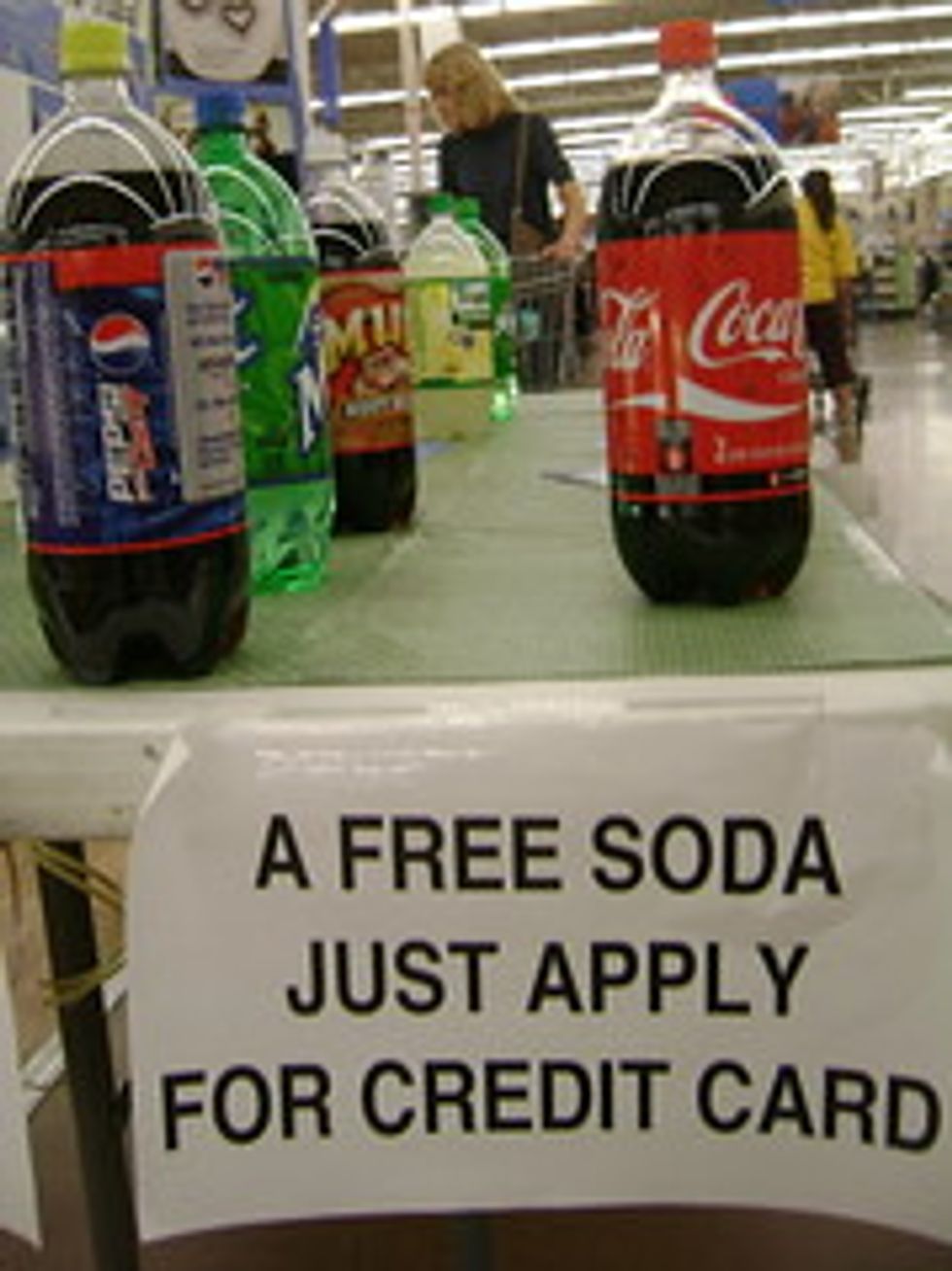 Perhaps the reason that we're in such a debt crunch these days isn't because we're all weak-minded simpletons who look at the national debt and say, "I want me some of that!", but instead a system which is designed at virtually every corner to maximize the burden on debtor to the benefit of the lender?

Modern debt falls into what I call the cascade of ratfucking. Debt often begins or amasses because of bad decisions, but is then amplified by a system which makes every bad decision exponentially worse. You miss one payment, you then pay fees and a higher interest rate on both the fees and the debt you already had (and which you amassed at a lower rate). You pay the increased payment, but because your bank takes out deposits before crediting withdrawals, you get overdraft fees because even though the money came out on payday, the deposit went in at close of business. If you have overdraft protection, you paid the fee from your savings account or the finance charges on your card to save yourself from paying the other fee if it was simply a regular overdraft.

This, of course, is if you even have a checking account, and don't have to pay to cash your check, pay for the money orders necessary to pay your bills (because nobody takes cash), pay the extra fees to process your payment in person, and deal with the late fees from juggling bills month-to-month.

As much as David Brooks would like to think we've turned debt into some sort of perverse, socially rewarded virtue, we haven't. Granted, we did have the great APR-Off of 2004, but when we tried to hold it the next year, nobody had the room on their card to put down the deposit at Rent-A-Center for the TV.