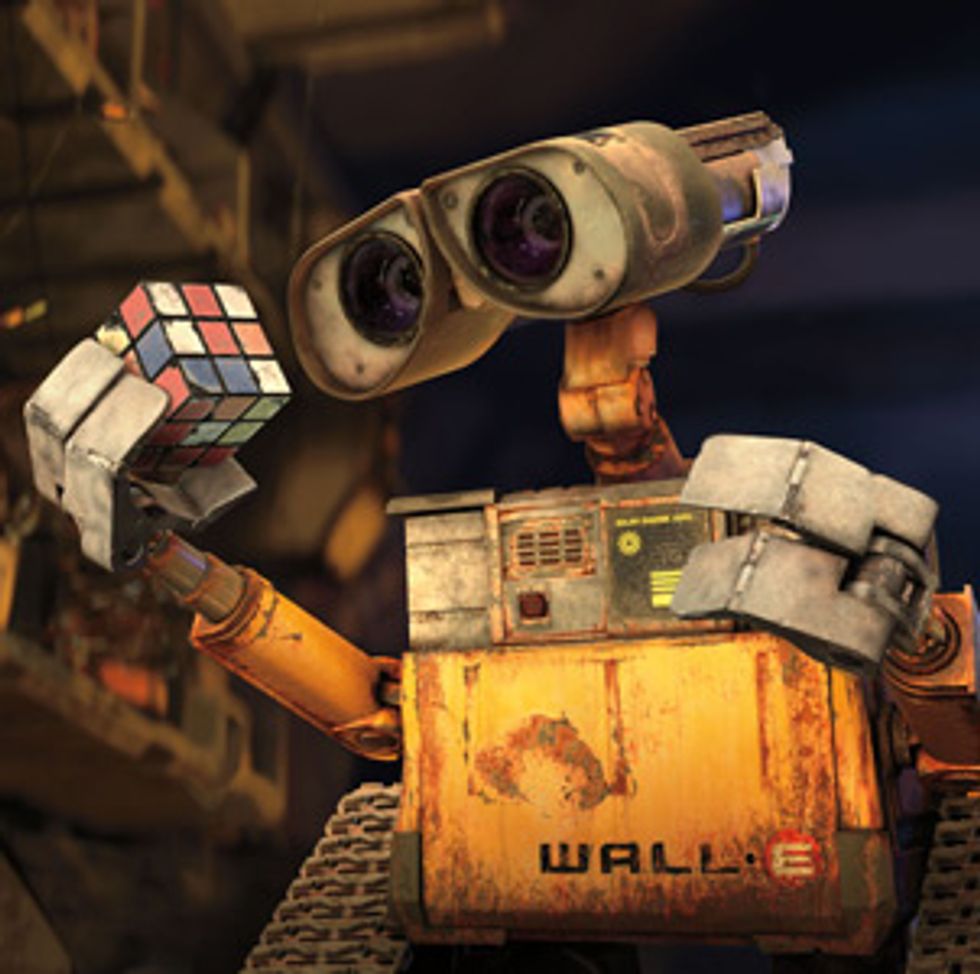 So I saw WALL-E last night, and wanted to throw in two cents on top of Auguste's humorous post on it. I agree that the second half, especially with its lack of subtlety, had nothing on the first half. The action sequences were imaginative in the way they were stylized, but it's true they didn't differ significantly from past Pixar exertions in the way it played out.

Still, I think that even with it being as unsubtle as it was, there was just a stylistic daring to the second half of the film that really rescued it from cliche for me. Science fiction hinges often on symbolism and style, and this movie had that in spades throughout. The homage to 2001 that constituted the second half of the movie was really well done. If you're going to go there, and borrow plot elements from such a classic film, it's best not to do it half-assed but instead go all out, as was done in this movie, right down to the way that the spaceship and the autopilot robot looked.

But I think what really stunned me was how dark the satire was in the portrayal of humanity after they left Earth. I'm always talking about how many movies when I was a kid were just really dark compared to modern movies, but this film really proved me wrong. I fully expected that when WALL-E came face to face with humans, the humans would be, I don't know, something else. Smarter and more wicked, I guess. What I didn't expect, and what floored me was that they were basically overgrown babies, fat with short arms and no bone density or ability to walk.* There's no mistaking the symbolism of the captain taking the first steps he ever had in his life to fight the autopilot, and what the filmmakers were saying about our wasteful, silly culture and the immaturity it breeds. I don't know if I necessarily agree with the bleak vision portrayed in this movie, but certainly they're not completely wrong about how certain parts of our infrastructure have deprived us of autonomy. (Think about how Americans are slave to our cars, for instance.) I think making the people of the future near-literal babies (with lots of comparison shots to actual babies to drive home the message) was a brave choice, and made the movie work much better than the alternatives would have. It makes humanity much more sympathetic, because people aren't wicked, just living these half-lives of utter dependence on robots. Their computer screens are Plato's cave, but they do embrace the opportunity to move outside the cave when it's given. And you can't even be mad at the robots, because they're actually doing the best they can with a bad situation. Communicating the message that we have to get past pointing fingers and start looking at systems is hard to do---people love a villain---but this movie managed to pull it off.

And yeah, there's no excuse for advertising it with cheap plastic crap. I was genuinely moved by the movie, and now genuinely pissed off that we can't even get out of the smallest of ruts.

*Yes, I realize that this has all sorts of weird implications in a culture where fat people are subject to all sorts of unfair stereotypes. But once the choice was made to represent grown adults as overgrown babies---which is the best choice for how the movie plays out---I'm not sure how you get around that problem.