Save the stupid, cruel males 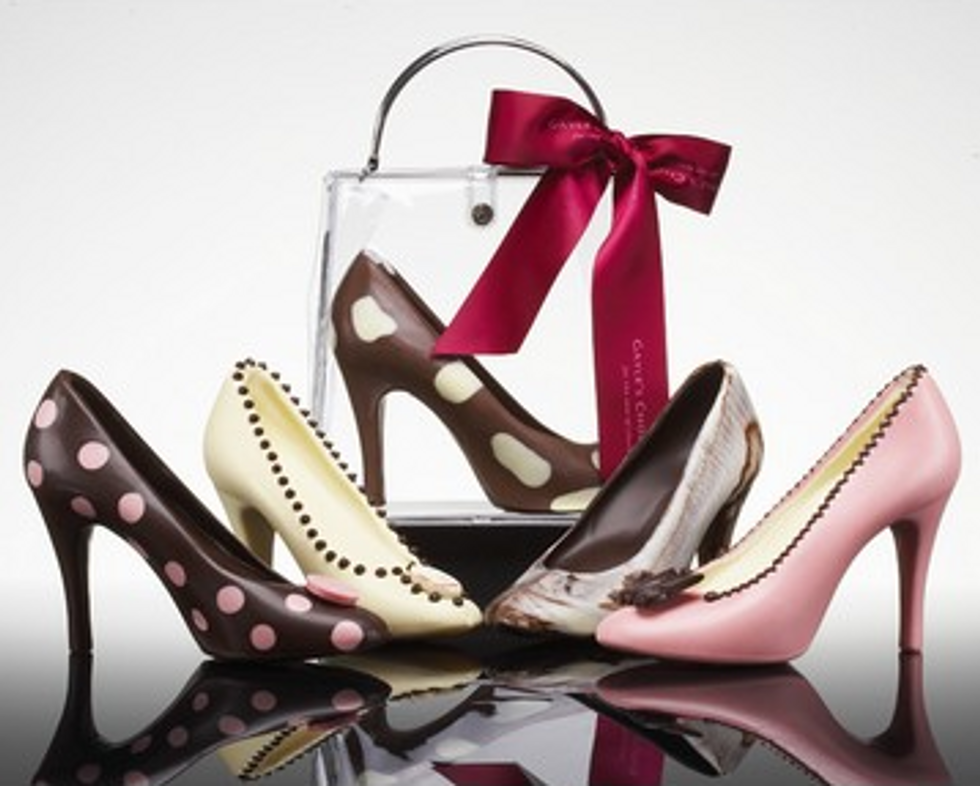 Oh my lord, Tracy Clark-Flory linked a new low in Kathleen Parker male-hate. "But Amanda," you might say, "How can you say Kathleen Parker hates men when she wrote a book called 'Save the Males'?" I say that because Parker can only bring herself to defend rapists, gropers, and men that are too stupid to breathe. If you don't belong to one of those groups, I get the impression that Parker doesn't think you're a man at all. If that definition of manhood---stupid and cruel---doesn't seem anti-male to you, there's not much I can do for you.

The article is basically an Americanized rehash of the Taliban's arguments about how women's presence needs to be controlled and covered up because men are animals who have to rape you if they see sideboob. Interestingly, while Parker lavishes attention on mini-skirts and other ho clothes, she completely misses condemning high heeled shoes, which I thought was a real shame, because it would have been cool if she's argued that women's footfall needs to be silenced to prevent men from becoming aroused, because we know that once a man experiences sexual arousal, he has no choice but to do something dumb and violent. Most of the first page is just standard issue ranting, some about genuinely weird trends of sexualizing pre-pubescent girls with porn culture-inspired clothing. As much as it pains me to say this, I do agree with Parker in this sense:

Why would a 21st-century mother in a post-postfeminist world enable the marketing of her daughter as a sex kitten? The explanation may in part be simple ignorance or lack of awareness. Dress-up is fun, and little girls in grown-up garb are adorable.

She then blows it by mentioning JonBenet Ramsey, whose schtick was widely acknowledged to be more creepy than cute, albeit in the aftermath of a serious crime that made everything seem creepy. But I do agree with Parker that the motivations behind some of these clothes are bizarrely innocent---the idea that a 4-year-old could be sexy is considered ridiculous by most people who buy these clothes, and the humor is in the inappropriate nature of it. They're not bad people, just misguided. But the invocation of the victim of a sexual assault/murder lets you know exactly where she's going with this, even though I think it's reasonable at this point in time to be skeptical of the idea that JonBenet's beauty pageant participation was related to her murder.

And now for what we like to call Wingnut Euphemism Time, where purposefully vague language is employed to excuse something ugly and violent by pretending it's something else.

Among the many conflicting messages men must process in their social interactions with women is that women who play ho are not necessarily inviting sexual attention. "Look but don't touch" has never been more rigidly enforced or more confusing.

I can feel the heads of her audience nodding along, but I say to you this: She's actually suggesting that the sane response to seeing a woman in a tight, low-cut shirt or in a miniskirt is to grope her against her will, which is "sexual attention". You know, instead of finding someone attractive and politely asking her for coffee, while fully willing to take no for an answer because you respect that women are full human beings. Where's the enforcement or confusion coming from? Has it ever been considered appropriate to assault women like that? No, of course not. In fact, I'd argue the reason men do pinch, openly leer until they get the satisfaction of making you squirm, or yell at you is because they know it's wrong and they're doing it to show that they have the power to mistreat you and you can't do anything about it. Which is why, in my experience, the likelihood of getting groped correlates strongly with vulnerability and not with what you're wearing. Service industry workers like waitresses and baristas often get to work in baggy shorts or jeans, but they still get this harassment. Standing on the street is more vulnerable than standing in line at a cash register, for instance, so guess where you get it more? Crowded areas or places where men vastly outnumber women are places where women are at a severe disadvantage should they try to defend themselves, and so these are places where you'll see more, um, "sexual attention".

Luckily for us, the Wingnut Euphemism Machine clarifies what Parker means when she suggests there was a golden era when men could sexually assault women and blame their clothes for it.

The usual signals to men that a woman is sexually available have been redefined.

In the past, there were girls (often lower class, often prostitutes) that you could sexually assault with society's blessing, in other words. While some would point out that this is a gain for women as a group, Parker would say that we're being selfish. Who will stand up for men's rights to have a class of women set aside to abuse?

Strutting her stuff is a prerogative — even to the extent of showing up at the office in what amounts to a teddy — while men aren't supposed to notice.

Yeah, I'd like to see the office where women wear teddies to work. "30 Rock" has a long-running joke about a woman who shows up wearing inappropriate clothes all the time to work, and even they wouldn't risk losing your suspension of disbelief by putting her in a teddy.*

To comment — "Hey, nice blouse" — is tantamount to professional suicide in some cubicles.

Why doesn't he say "nice teddy", if that's what she's supposedly wearing? I detect two urban legends---the guy who got fired for a completely innocent comment and the woman who showed up to work in a teddy---working in conjunction. What's the sound of two strawmen mating? Probably the sound of them leaping up and singing in unison "If I Only Had Anatomically Correct Bits Under These Raggedy Pants".

The social rules for who can give what compliments are not actually that hard to figure out. It's usually bad form to compliment someone you could conceivably have a sexual interest in until you know them better and have established trust, unless the compliment is completely asexual. The people who don't know these rules---like it would be weird if I said to a male coworker, "Hey nice pants, they really flatter your ass," but it would be okay for him to say, if I'm wearing a band T-shirt, that he likes the band---immediately stick out because they're so socially maladjusted. Does Parker think all men are so completely inept?

*Am I the only person who finds the term "teddy" kind of weird? I just hate that word.