David Neiwert has a must-read blog post up now about his interview with John Stein, who she defeated in a 1996 election to be Wasilla mayor. Stein was the incumbent, and while it seems like the race for small town mayor shouldn't be that big a deal, Stein describes a campaign that was more of a referendum on all sorts of right wing bugaboos and obsessions. Gun control and abortion were major issues, even though small town mayors have no ability to affect these issues in any substantial way. Palin rode to victory by playing kissy-face with the black helicopter nuts and the worst sort of Bible-thumpers, who ran a whisper campaign that included rumors that Stein is Jewish. (He's Lutheran.)

Anyone who has had the "fortune" of meeting the Alex Jones-esque super paranoid right wingers should grasp what Palin's natural constituency is---it's the guys that Mike Judge was making fun of when he created the character Dale Gribble, who was routinely sure the government, in alliance no doubt with aliens, was out to get him.

Seriously these guys are awesome, except their paranoias might catapult a total wingnut into the White House.

According to Stein, Steven Stoll -- whose local nickname, according to Phil Munger, is "Black Helicopter Steve" -- was involved in militia organizing in Wasilla the 1990s, and subscribed to most of the movement's paranoid conspiracy theories: "The rumor was that he had wrapped his guns in plastic and buried them in his yard so he could get them after the New World Order took over."

It seems reasonable to suggest that Palin chose to be marking up an issue of a John Bircher magazine in her official photo as a hat tip to her fans in the black helicopter community. 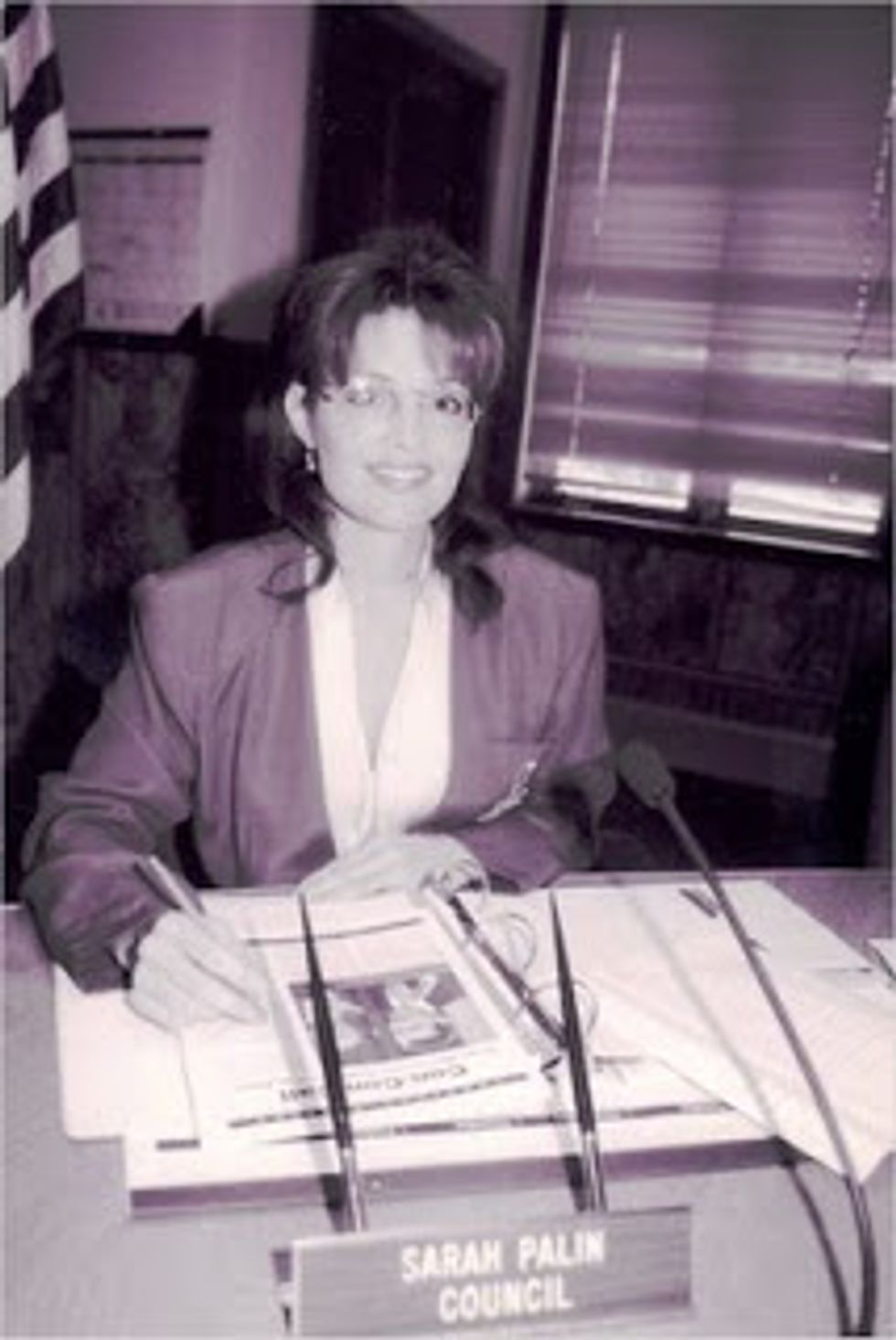 I have to wonder what her hardcore New World Order fans think of her now that she's consorting with McCain, who is no doubt one of the Republicans assumed to be drinking baby blood at the Bohemian Grove. Why do I think they'd be suspicious of him? First of all, they tend to think almost everyone is in on the conspiracy. Second of all, McCain is absolutely one of the ones in on it, because he's friendly to some Democrats, who survive off the blood of Christian babies.

But Palin doesn't owe it all to the black helicopter crowd. She's also got the Bible-thumpers. Max Blumenthal has a great post up about her church in Wasilla and some of the stuff that goes on in there. Let's just say that "witch-hunting" comes up. In all honesty, that shouldn't be the biggest surprise. Before he got outed for Teh Ghey Sexxx, Ted Haggard had a weekly phone call with George Bush. I'm not sure if he talked about his witch exorcisms that he used to perform in Colorado Springs on those calls, but I'm not sure the knowledge that Haggard and his followers used to protest women's houses for witchcraft would deter Bush from taking him seriously. Once you sign onto playing with wingnuts, I guess you have to go all the way.